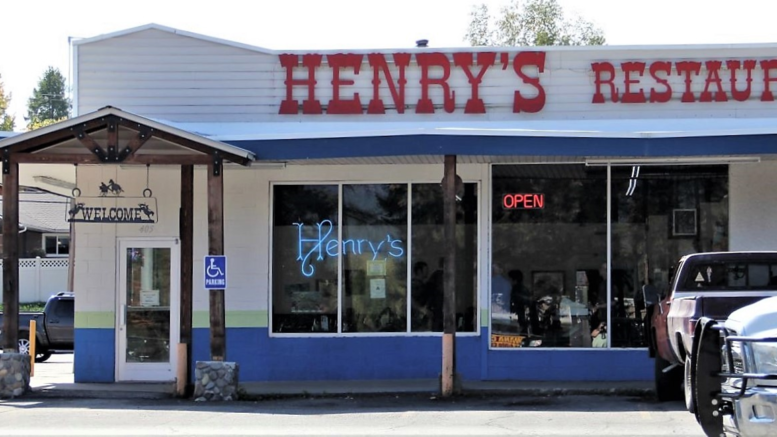 When Adam Phelps received the call in Kalispell from a friend in Libby this past summer, an instant spring met his internal step. “Wait. A small-town diner… right in the middle of an actual small-town like the one where I started in this industry?” Phelps recalled thinking to himself.

Watching him describe that day he learned of the opportunity to buy Henry’s Restaurant in Libby was like watching a young child witness their very first milkshake with whip cream on top.

Wendover, Utah is home to about 1,400 people. Established in 1907 as a railroad town, its largest claim to fame is being located at the center of “Speed Week” on the Bonneville Salt Flats. Adam grew up in Wendover, working the summers alongside his Aunt Myrna at the Salt Flats Grill –then  later at Dick’s Café, in St. George, UT, where everyone and anyone came to meet for a good meal, but more importantly to connect with one another.

“Seriously everyone came there – and they all sat right next to one another and knew each other by name,” Phelps shared in a recent interview. “In fact, the local Sheriff’s department spent so much time just hanging there that the diner became identified as an
official extension of their headquarters.”

“We would receive calls all the time wondering if ‘John’ was one his way home yet, or if ‘Joe’ had arrived. The coffee counter was where kings were crowned and deals were made. We truly were the heart
of the community,” he added with a
sentimental smile. 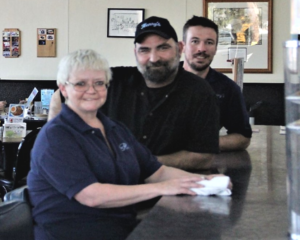 Phelps would go on to work in a variety of service settings within the food and drink industry. From dishwasher to bartender to server to manager… from diners to bars to national chains. Always hovering close in heart to his roots and dreaming of the day he might own his own diner.

Meanwhile, Terry, Cindy, Judy, and Larry Cummings – the dedicated and much-loved family team who have owned and served Henry’s patrons in Libby for several years now – had come to the difficult decision that it was time to look again for their successor.

They had put the diner on the market previously – without sound closure. Come August of this year, they would discover why. Everything had finally come together in storybook fashion.

According to Bob Stickney of the Libby Pioneer Society, Henry Hall was the original owner by which the now storied restaurant found its name. Henry was the father of Neesia, who would later take the helm. Neesia’s son, Dr. Steve Davidson – now an established Libby area dentist. (No confirmation on whether all those pies had any influence on Dr. Davidson’s career choice?)

“My kids like getting their hot chocolate and whipped cream there,” shared Libby resident Brittany Katzer of Henry’s today. “It was a tradition my dad used to share with me, so I carried it on with them!”

“A table of friends and a platter of fries,” shared Stacie Burns, a former Libby resident, of her memories there. “I have flashbacks of childhood and going with my grandma,” Betty Jo Wood reminisced. Sentiments of family, friends, neighbors, and friendly faces riddle the minds of many who have spent time nestled in the booths and tucked alongside the tables inside the trademark bay window fronts along Highway 2.

The home cut fries… huckleberry pie… homemade soup… cheesecake… burgers… chocolate shakes… “It is the one place I always go for lunch,” shared Patricia Sargent. “Their food is homemade. Quality has been the same for many years. Their staff and waiters/waitresses are tops – they stay and stay. Must say something good about the owners. So lucky to have them!”

Phelps echoed that sentiment as September began and the Cummings crew stepped right in recently to ensure a sound transition of ownership to himself. “They have been absolutely amazing in showing me the ropes and filling me in on how things work here daily. I have no intention of changing a thing. If it isn’t broke…” he said. “And I’ve also been kindly threatened by some of the senior patrons not to do so.”

If anything, some traditions are about to return. Those vintage counter seats are again open for dining. And despite the challenges that many restaurants have faced in recent times, Henry’s is proud to be fully staffed and opening again from 7 a.m. to 8 p.m., 7 days a week beginning on Friday, October 1.

“It’s that old school atmosphere with an established crowd that already feels like ‘family,’” he said gazing around in what seemed near disbelief that he had truly found his utopic recipe for life. “and I have a great team here.” 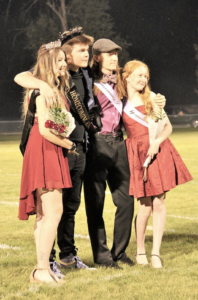 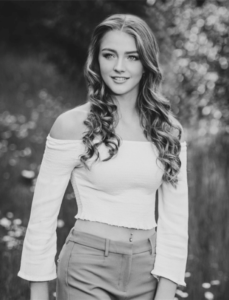 Libby High School Junior, Rylee Boltz, recently competed in her second
pageant in as many years and
welcomed the opportunity to share
her thoughts on the journey, how it
has begun to influence her vision
for the future, and why she now
encourages others to consider
competing in the future.

The various stereotypes people put on those who compete in pageants, taking part in them has been one of the hardest things I have ever done. I have competed in the Miss Montana teen pageant for the past two years. In my first year, finishing as the fourth runner-up and this year achieving the title of 2nd runner-up.

Pageants are so much more than what people think. Contestants need to have a certain GPA to even be accepted into the pageant – the intellectual portion of the pageant is a big part of your final scoring. Then, if you do make it to the top five you have to answer an on-stage question in front of everyone. My question this year was, “If there was one right in the constitution you had to fight for, what would it be and why?”

I was nowhere near prepared
for that question and I just had to
wing it and speak from my heart.
Unlike different pageant programs, when competing in Miss Montana you actually have a sit-down interview with the judges – one-on-one and professionally, properly, and collectively you need to answer every question they ask you in a two-minute time span.

My personal experience was a lot different this year than last. My first year competing, I had no idea what I was getting myself into. I was just doing it to walk onstage and wear a pretty dress, maybe win a crown. Over this past summer, I think I really dug deeper and found the truth of what it really means to me to compete. I was no
longer competing for a crown this year, I was competing for thousands of
women who would likely never have the opportunity to do so.