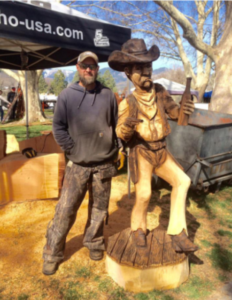 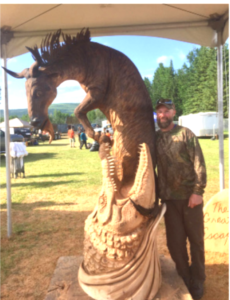 Jason has been carving professionally for 8 years. He placed 1st in 2017 at Chetwynd. Jason prefers to carve wildlife but also carves human form as well as mythical creatures. Jason is an avid outdoorsman enjoying hunting and fishing with his family;.

Tomas is from Slovakia but now makes his home in Washington. Tomas earned a Masters in Sculpture Restoration from VSVU Bratislava. Tomas is a returning to us for the 2nd year and was one of last year’s People’s Choice Award recipients. Tomas has been carving full-time since 2008 and has won many awards. His studio is located in Bellingham 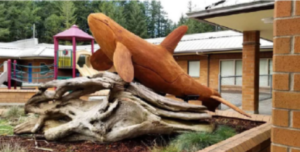 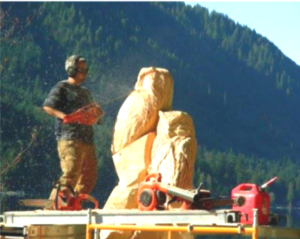 Zoe is from Pennsylvania and grew up calling two of the world’s best chainsaw carvers “dad” and “uncle Randy” , but she was out of college before she attempted it. Zoe has won numerous competitions , most notably the invitation only 2008 Coal Mountain Chevy Fest where she took first. She has also been featured in the Art of Chainsaw Carving and has competed internationally. 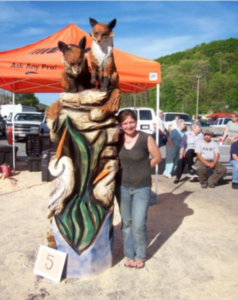 Congratulations to Jr. Crismore on claiming the Senior Club Championship title. Jr. defeated Mike Managhan 1 up in the championship match and birdied 17 and 18 to win. 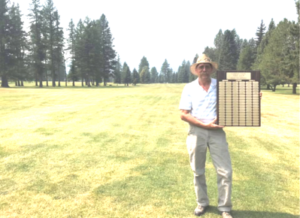 Photo Courtesy of the Odd Fellows 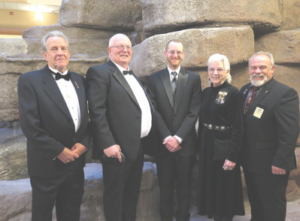 Photo by Zach McNew, The Montanian. 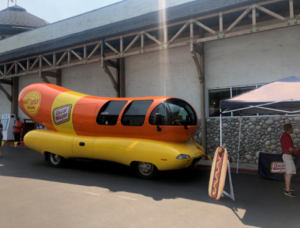