Alex was born in Moldova but now resides in Washington. Alex is returning for his 2nd year. He became a professional carver in 2014 after taking 1st place in the semi-pro division in Reedsport. He has a studio in Yelm and is a full time carver. 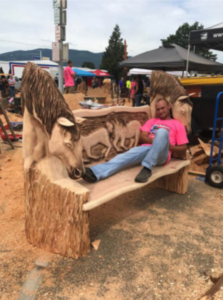 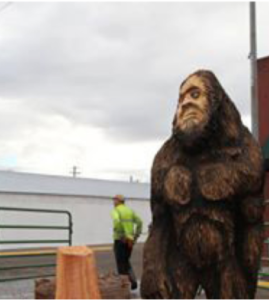 Jacob is from Washington and has been carving since 2004. Jacob is returning for his 3rd year competing. Carving became Jacob’s dream at age 13 and the rest is history. Jacob has competed  and placed in a number of national and international events. He has a 10-foot tall nutcracker figure that he carved for the city of Leavenworth’s Nutcracker Museum. 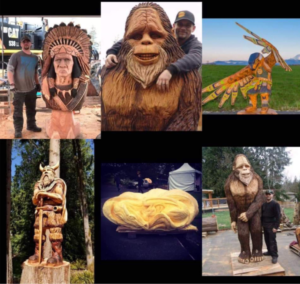 Steven is based in Missouri and is returning for the 3rd year. Steven has continuously been the king of the Auction every year at our event as well as Grand Champion the first year. He has competed in many events all over the United States and has won many awards, including a sweep of the inaugural event here in Libby which is considered a Golden Broom Award in the Carver World. Steven has over 20+ years of carving experience. 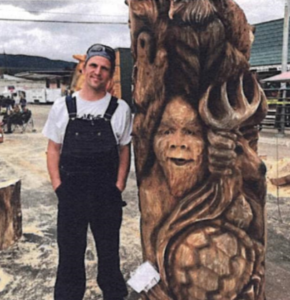 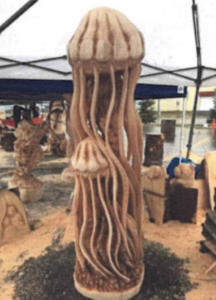 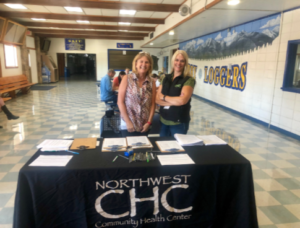 Tom Gilmore of Ace Hardware poses with a new adjustable dog bed that double as a lovely hat. 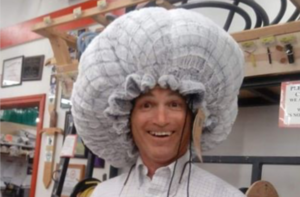 Bill’s Auto recently added a furry friend water stop outside their shop. Thanks for caring about our four-legged friends. Photo by Tracy McNew, The Montanian 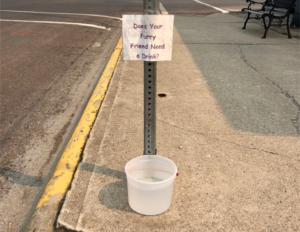