The first horse infected with WNV this season was also confirmed earlier this week in Lewis and Clark County. To date, no human cases of WNV have been identified this season.

Increased risk of WNV infection in humans and horses is expected to continue through at least October.

The detection of WNV in mosquitoes and horses is an early warning that Montanans are at an increased risk of infection. It also serves as a reminder of the importance of avoiding mosquito bites, especially as Montanans enjoy summer and fall days outdoors.

In 2021, two human cases were reported (Rosebud and Lewis and Clark counties), and both were neuroinvasive.

Additionally in 2021, two horses tested positive for WNV (Rosebud and Phillips counties) along with mosquito pools from seven different counties. The number of human cases of WNV vary from season to season. For example, in 2018 there were 51 human and 50 equine cases reported.

The best way to prevent mosquito-borne diseases, including WNV, is to protect yourself from mosquito bites. While mosquitoes found in Montana are unable to transmit diseases like Zika virus, they can transmit WNV. The virus can also infect horses and birds, with birds serving as the source of infection for most mosquitoes who then pass the virus along to humans or horses when they bite to take a blood meal.

Most people who become infected with WNV experience no symptoms, but 1 in 5 develop a mild illness, with symptoms such as headache, rash, body aches, joint pains, vomiting, or diarrhea. Other individuals, fewer than 1 out of 150, may become severely ill with encephalitis or meningitis (inflammation of the brain or surrounding tissues).

Serious infection in or around the brain is called neuroinvasive disease and is indicated by symptoms such as disorientation, convulsions, vision loss, and numbness.  If someone develops any of the mild or serious symptoms listed above, they should see their healthcare provider for evaluation and care.

There is no vaccine or targeted medication available for WNV infection other than supportive care. A WNV vaccine is available for horses, and vaccination is highly recommended.

DPHHS reminds Montanans to protect against WNV by following the 4 D’s of prevention. 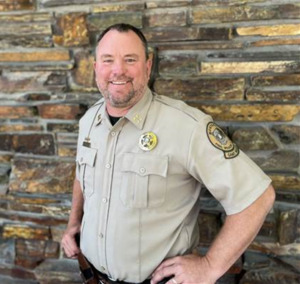 Reiner stepped into the new role in July and is replacing Lee Anderson, who was named FWP’s new regional supervisor. As warden captain, Reiner oversees the regional game wardens and regional investigator who are responsible for enforcing fish, wildlife, and recreation laws.

Reiner grew up in Kalispell and graduated from Flathead High School in 1992. He graduated from Wayne State College in Nebraska in 1996, earning a degree in criminal justice and a minor in sociology. He served in the U.S. Army Reserve from 1991-1999. Reiner began his

law enforcement career as a state trooper with the Montana Highway Patrol in 1996, stationed in Hardin, Superior

and Dillon. In January 2004, Reiner was hired as a Montana Game Warden where he first served in Baker and in 2006 he transferred to the Kalispell Warden District. Since 2012, he served as a Kalispell area warden sergeant.

“I’m honored and grateful to serve in this role for the State of Montana,” Reiner said. “I’m excited to lead our dedicated team of game wardens, who work tirelessly to protect and preserve Montana’s resources for the benefit and enjoyment of all.”