Crame, Trista S.
Charged with felony all other offenses and felony drug/narcotic violations.

Fish, Quentin T.
Charged with all other offenses. LCDC.

Nelson, Richard W.
Charged with traffic offense and driving under the influence.

Wilkes, Tyler J.
Charged with all other offenses. LCDC.

Yakymchuk, Bohdan P.
Charged with three counts all other offenses.

Original Release from June 1: On May 31, at approximately 6:24 p.m., Eureka Area Dispatch received a report that a deceased male had been found in the area of Thirsty Lake Road, south of Eureka , Montana.

Deputies and detectives from the Lincoln County Sheriffs Office responded to the scene. On arrival, deputies found a deceased male with multiple gunshot wounds.

LCSO detectives are currently working on identifying a suspect or suspects .

The investigation is ongoing

Notifications were made by the Lincoln County Sheriffs Office  Detectives.

Reported missing on July 4.  Randolph William White Jr. aka “Randy”,40 years old, 5’11, 170 pounds, brown hair hazel eyes. Family last spoke to him via phone May 8, 2022. Said he was going camping.  Is known to spend time in the Bear Creek/Cherry Creek areas. Was staying at a local residence until 1 1/2 months ago.  According to the property owner, White moved out and told the owner he was going to pick mushrooms at last year’s burn site in the Yaak and then head to Portland to see his kids. 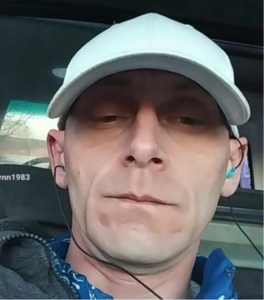