Johnson, Timothy C. JR.
Charged with all other offenses. LCDC.

Scott, Peggy S.
Charged with all other offenses, traffic offense, and DUI alcohol or drugs. LCDC.

Sistok, Robert A.
Charged not classified.

Wallace, Timothy S.
Charged with driving under the influence. LCJC.

Weber, Tylin J.
Charged with felony theft, all others. LCDC.

Submitted by
Brooke Stroyke,
Office of the Governor 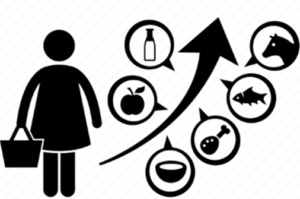 “Montanans are struggling with the Biden inflation tax, seeing their paychecks stretched thinner and thinner as inflation hits a high we haven’t seen in nearly four decades. Inflation is making it harder and harder for Montana to put gas in their cars and trucks, put food on the table, and heat their homes,” Gov. Gianforte said.

Over the last 12 months ending in November 2021, inflation surged to 6.8%, according to today’s report from the U.S. Bureau of Labor Statistics (BLS), an agency of the U.S. Department of Labor. Inflation has not been this high since June 1982, 39 years ago.

See below, or here, for data from BLS about inflation for specific goods over the last 12 months.