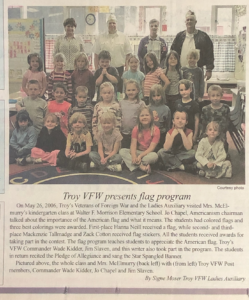 “Joan Wallace will be missed”

Editor:
Kootenai Pets for Life would like to express our sincere condolences to the family of Joan Wallace.

From its beginnings in 2001, Joan, who was the first animal control officer of Lincoln County, was a supporter of KPFL, advising, helping with animal medication and care, donating items for the shelter and giving us direction in our endeavors.

Dedicated to animal welfare, Joan’s deep love for all animals was reflected in her enthusiasm for helping us realize our goals. Her gentle, quiet voice was instrumental in guiding us in our efforts to better the lives of animals. In 2004, we presented her with a plaque to show our gratitude.

She will be profoundly missed by all of us who love animals and work for their welfare.