“The Book of Cold Cases” By Simone St. James 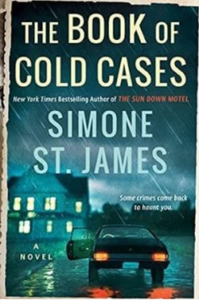 In 1977, two men were murdered with the same gun but the prime suspect, Beth, was acquitted at trial. Searching for a story for her true crime blog, Shea decides to interview Beth, in a mansion that feels haunted. The deeper she dives into the truth, the more she worries she is being manipulated. 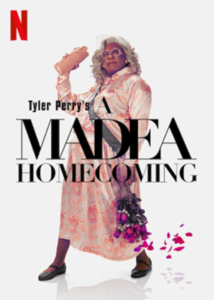 Madea’s back hallelujer. And she’s not putting up with any nonsense as family drama erupts at her great grandson’s college graduation celebration.

Movie of the week courtesy of moviefone.com

Montana gas prices have increased by 45.3 cents in the past week, averaging $3.96/g today, according to GasBuddy’s daily survey of 615 stations in Montana. Gas prices in Montana are 56.8 cents higher than a month ago and stand $1.35/g higher than a year ago.

Recipe of the Week  –  Galaxy Mocktail

Pronunciation: vr-choo-ow-sow
Part of Speech: Noun
Meaning: a person who has special knowledge or skill in a field.

Letter to the Editor: Support for Ukraine and Democracy Must Be Bipartisan

As I watched Russian troops march across the Ukrainian border in an unprovoked war that immediately made the world less safe for our kids and grandkids, I thought about the words of a World War I veteran from Great Falls named Mike Mansfield, spoken in the days after Hitler invaded Poland in 1939:

“Democracy—as we know it, understand it, and love it—is today facing a challenge to its continuance. This challenge must be met, met by all who believe fundamentally in the process and [who] love the freedom and the responsibilities of democracy.”

What Mansfield meant is that democracy is fragile. In human history, democracies are the exception, not the rule. If we don’t defend them—if we don’t stand up for our principles of freedom, liberty, and self-determination in the face of threats from dictators like Vladimir Putin—then democracy will fail.

In the decades after Hitler was defeated, Mansfield became the longest serving Senate Majority Leader and one of the most distinguished Montanans in American history. And for nearly 80 years—many of them under Mansfield’s stewardship—the United States proudly answered the challenge from thugs like Putin.

Not long ago, Montanans could count on their elected officials to come together, put country before politics, and defend our nation’s core values. Supporting freedom and democracy was not a political issue when Senator Mansfield served in the Senate. It wasn’t about left or right or Democratic or Republican—it was about America, and our role in the world.

I am deeply troubled that is no longer the case, and that some politicians cower behind partisan politics and criticize our own President before they even think to rise in support of our allies. It is Congress’s job to provide accountability and oversight over the Administration’s decision-making, but there is no place for naked partisanship. That doesn’t help us beat Putin—it undermines America’s leadership and makes our enemies like Russia and China stronger.

Let me be clear: There should be no reluctance to condemn Vladimir Putin as an enemy of America and of freedom around the world.

There should be no indifference to an unprovoked war that jeopardizes millions of innocent lives.

And there should be no hesitation in putting partisan politics aside and standing with the people of Ukraine who are fighting for a peaceful future for their children and grandchildren.

I support President Biden’s unequivocal stance that we will not put American troops on the ground in Ukraine, and I believe we must remain focused on things that matter to Montanans and all Americans—like lowering the cost of gas and prescription drugs—at the same time we support our democratic partner, Ukraine.

I’ve urged the President to focus on increasing development of our own natural resources like oil, gas, wind, and solar, to make ourselves less dependent on foreign nations like Russia.

Congress also has a role to play in defending democracy, and in the coming days we must finalize more support for our European allies.

As Chairman of the Senate Appropriations Subcommittee on Defense, I have been working closely with Republicans and Democrats to craft a military and humanitarian package that supports Ukraine and strengthens the NATO alliance. My legislation will provide weapons and humanitarian aid to our friends and allies, and it will demonstrate the United States’ commitment to a free Europe and a sovereign Ukraine. I also worked with a group of Republicans and Democrats, including President Biden, to block all Russian oil and gas imports to the United States, further weakening Putin’s regime and increasing America’s energy independence.

I urge my colleagues to stand with me and the people of Ukraine by passing these bills when they come up for a vote. It’s critical we put partisanship aside and defend the right of all sovereign nations to determine their future without interference from authoritarian regimes.

America will always stand up to bullies who attack democracy, and I will continue to work with all of my colleagues on both sides of the aisle who are serious about defending our core values at home and abroad, just as Senator Mansfield did.