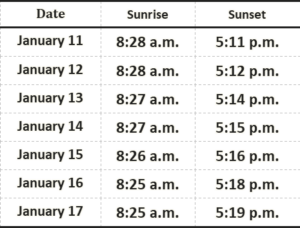 NATIONAL HOT TODDY  DAY-  Do you crave festive cocktails? Do you need to be warmed up? Then you’ll want to celebrate National Hot Toddy Day.

NATIONAL PHARMACIST DAY-
It’s time to thank those friendly workers who keep us healthy throughout the year.

DRESS UP YOUR PET DAY – Celebrate by dressing up your furry family member in comfortable pet clothing — maybe even get matching outfits, if you want to get crazy.

NATIONAL FIG NEWTON DAY – You either love ‘em or you hate ‘em. But you can’t deny their popularity.

CUSTOMER SERVICE DAY – No brand can exist without a customer.

Otto is a grump who’s given up on life following the loss of his wife and wants to end it all. When a young family moves in nearby, he meets his match in quick-witted Marisol, leading to a friendship that will turn his world around.

Movie of the week
courtesy of moviefone.com

“The Books
of Jacob”

The Nobel Prize winner Tokarczuk’s epic novel follows the exploits of an eighteenth-century messianic religious leader as he travels through the Habsburg and Ottoman Empires, continually reinventing himself. The novel was excerpted in the magazine.

1569: The first recorded lottery in England took place in London.

1759: The first life insurance company in America was incorporated, in Philadelphia.

1554: Bayinnaung was crowned King of Burma and went on to assemble the largest empire in the history of Southeast Asia.
1900: The Detroit Automobile Company finished its first commercial vehicle, a delivery wagon. The wagon was designed by a young engineer named Henry Ford, who had produced his own first motorcar, the quadricycle, before joining the company. (Frustrated with his employers, Ford soon quit to start his own company.)

1514: Pope Leo X issued a papal bull against slavery.
1943: Franklin D. Roosevelt becomes the first U.S. President to travel by airplane while in office when he flew from Miami to Morocco to meet with Winston Churchill.

1893: 19th U.S. President Rutherford Birchard Hayes (1877-1881) died in Fremont, Ohio, at age 70.
1902: Inventor Gustav Whitehead successfully flew an airplane of his own design for about seven miles near Bridgeport, Conn. This was Whitehead’s second flight (the first was in May, 1899 in Pittsburgh). Whitehead’s flights predated the Wright Brothers’ but are not recognized because Whitehead had only one witness, his mechanic, whose name was not recorded.

Recipe of the Week  – Stuffed Mushrooms

2.Heat oil in a large skillet over medium heat. Add garlic and chopped mushroom stems; fry until any moisture has evaporated, taking care not to burn garlic. Set aside to cool.

3.Stir in cream cheese, Parmesan cheese, black pepper, onion powder, and cayenne. The mixture will be very thick; use a teaspoon to fill each mushroom cap with a generous amount of stuffing. Arrange mushroom caps on the prepared cookie sheet.

4.Bake in the preheated oven until the mushrooms are piping hot, about 20 minutes.