Mostly sunny in the morning. Increasing clouds and warmer with haze and smoke in the afternoon. Highs in the mid 80s to mid 90s with lower 70s around 5000 feet. Afternoon south to southwest winds 10 to 15 mph with gusts to 20 mph. Ridge top winds southwest 15 to 25 mph.

A slight chance of showers and thunderstorms along the Canadian border otherwise dry. Lows in the 50s all elevations. Highs in the 80s to near 90 with upper 60s around 5000 feet.

The Dog Days of summer are traditionally the 40 days beginning July 3 and ending August 11. Sit back and relax with this quintessential summer beverage.

Brew a strong tea in about 10 cups water. While still hot, add sugar and about a dozen mint leaves. Let cool.

and add a fruit slice or two to each glass.

This refreshing Rhubarb Punch is cheering and

unexpected, and gets such a pretty pink hue from the

rhubarb. The base mix is sweet, but as the melting ice dilutes it, it achieves perfect balance.

Wash and trim the rhubarb, and cut into ½-inch pieces. Cook in a heavy saucepan with water and cinnamon over moderate heat, covered, for 10 minutes. Strain juices and discard rhubarb. Stir in the sugar. Chill; then add remaining ingredients and serve over ice. 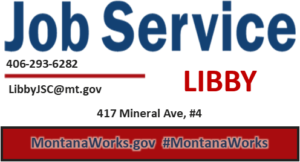 AG and OPI are right: Racial Discrimination
has no place in Montana schools

A recent thoughtful and well-reasoned Attorney General’s Opinion on “critical race theory” from Austin Knudsen has people on the left stamping their feet and pulling out their hair. The Montana Democrats’ spin machine is on full blast to justify racial
discrimination in Montana schools,
universities, and workplaces. In defense of the controversial teachings, liberal lawyers, legislators, and editorial boards are arguing that actively being racist is the only way to make sure people aren’t racist.

Knudsen’s legal analysis in the Opinion was clear to anyone who reads it for themselves: Students should be taught American history in a truthful way, especially those times that our nation has failed to live up to its promise and founding principles. What’s illegal, Knudsen says, is teaching these
lessons in a way that discriminates against students based on the color of their skin.

Racial discrimination is, of course, illegal as it violates the Equal Protection Clause of the Fourteenth Amendment’s Equal
Protection clause, the Civil Rights Act of 1964, the Montana Constitution, and the Montana Human Rights Act. Montana
Democrats are defending critical race theory and its discriminatory aspects anyway.

Many of the teachings in the name of “antiracism” are quite disturbing. For
example, Yale University recently hosted a guest lecture from a psychiatrist in which she said, “I had fantasies of unloading a
revolver into the head of any white person that got in my way, burying their body and wiping my bloody hands as I walked away relatively guiltless with a bounce in my step.”

The event took place in April but became public knowledge recently. Shockingly, it was Yale’s “Child Study Center” that played host to the hate-filled lecture. Montanans support the First Amendment, but do not want to see our tax dollars being used to host extremist speakers who create racially hostile environments at Montana State or University of Montana, especially to indoctrinate those who are supposed to helping kids.

There are many other real-world
examples of critical race theory lessons and activities that also constitute illegal racial discrimination. These include “privilege walks” that separate students into different groups based on race and teaching children they are guilty of oppression because of the color of their skin. Some schools and universities have also proposed separate housing, advisors, graduations, and even grading policies that treat racial groups differently.

These are not lessons and activities
that we want taught to Montana children.
Superintendent of Public Instruction, Elsie Arntzen, was right to request the Attorney’s General Opinion before these discriminatory lessons make their way into our schools and not wait until after racial discrimination occurred.

“Our schools should not be teaching
debunked theories that twist and distort
our history, and fringe philosophies that Americans have consistently rejected,” Arntzen said.

Of course, her statement does not mean Montana schools or universities shouldn’t teach any events or aspects of our nation’s history. Nor does the Attorney General’s Opinion prevent anything from being taught. It does make it clear that when schools,
universities or employers treat individuals differently based on race, they are engaging in illegal discrimination.

It’s a commonsense proposition. Those who are attacking the recent Attorney
General Opinion on critical race theory
either have not read it, or they support bringing the disturbing practice of racial discrimination to Montana schools.