Mostly cloudy with a slight chance of rain and snow showers. Snow level near 5000 feet. Highs in the lower 40s to lower 50s with lower 30s around 5000 feet. Light winds.

Dry and stable conditions have remained in place across the region for the start of this wet season. Not much change is expected through this portion of the forecast which is not exactly good news as no accumulating snow is expected. A weakening weather system will approach from the southwest on Monday night into Tuesday and this will carry a light and mostly disorganized band of very light rain and snow into North Idaho and portions of Northwest Montana, mainly restricted to areas along and west of the Divide. Temperatures will remain cold outside of windy areas through Monday early afternoon with winds continuing to blow through much of the night tonight into midday on Monday in the usual wind prone east to northeast wind locations. 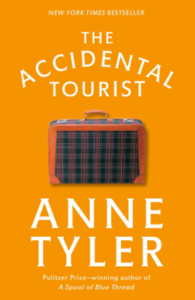 “The Accidental Tourist” By Anne Tyler

When Macon Leary, a travel writer who hates travel, meets Muriel, an interesting dog trainer, his life of solitude is turned upside down. Complete with a slow roasted turkey on Thanksgiving day, this is one kooky love story that will make you smile through tears.

Book of the week
courtesy of oprah.com

Home for Thanksgiving break after their first
semester at college, five friends discover just how much things change (and don’t) after high school.

Movie of the week courtesy of imdb.com 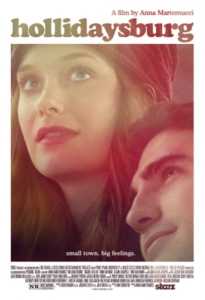 As of Monday, October 25th— 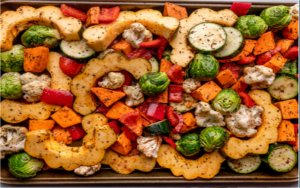 2.) Place chopped vegetables in a very large bowl. Pour oil and spices onto vegetables. Toss with hands to combine.

3.) Spread vegetables in an even layer on baking sheet and bake for 30-40 minutes, flipping halfway through cooking time.

Here we go again. Another project, another lawsuit

If there is one thing we can depend on, it is Michael Garrity and the Alliance for the Wild Rockies litigating another forest restoration project proposed by the U.S. Forest Service. This time Mr. Garrity wants to stop the Ripley Project on the Kootenai National Forest that is adjacent to the community of Libby.

This 29,000-acre project was developed following the disastrous 2017 wildfire season that destroyed over 200,000 acres of the Kootenai National Forest. Included in those fires was the West  Fork Fire, which threatened residential areas  north of Libby, prompting evacuations and burning tens of thousands of acres of privately-owned forest lands.

It seems the safety of people living in and near Libby and other resource values aren’t important to Mr. Garrity, although he professes in his lawsuit that Grizzly bears and Canada Lynx aren’t getting the protections they deserve. What Mr. Garrity is really hoping for is that he can find a chink in the 322-page Environmental Analysis prepared by the Forest Service that was also approved by the U.S. Fish and Wildlife Service and hope that a judge will rule that the project analysis was inadequate.

The real endgame for Mr. Garrity is that if the court rules in his favor, his organization may receive attorney’s fees for filing the lawsuit under the Federal Equal Access to Justice Act (EAJA). On large lawsuits such as Ripley- which will often be heard by the courts two or three times—a successful award could be in the range of several hundred thousands of dollars.

With this understanding of how EAJA works, it doesn’t take a lot of imagination to understand that Mr. Garrity’s business model involves suing the Forest Service, since he has multiple lawsuits currently under way in Montana and Idaho. He has currently filed lawsuits on multiple national forests including the Nez Perce-Clearwater, Idaho Panhandle, Kootenai, Lolo, Helena-Lewis and Clark, and Custer Gallatin. There is no risk to filing the lawsuit because there is no penalty or payment owed to the Forest Service should the litigation fail, only an upside benefit of attorney’s fees if he wins.

Lincoln County residents know all too well the precarious situation we are in concerning wildfire potential throughout Lincoln County. Each year we worry about our safety until we see fall rains and snowfall.

So, the next time you read about a lawsuit filed by Mr. Garrity and the Alliance for the Wild Rockies, don’t focus on his false claims that he his trying to save the last Grizzly bear or Canada Lynx. Look a little deeper and understand that he is trying to pad his pocketbook with another big award from the Forest Service and US taxpayers. In the case of the Ripley Project, should he be successful, the community of Libby will remain at extreme risk of wildfire while Mr. Garrity takes the money that could have been used to thin those acres to prevent further destruction and possible loss of life.

What are we doing to protect the best ground in Lincoln and Sanders Counties in Northwest Montana? Cabinet Mountain Wilderness Area is under threat from at least two copper mines. The wilderness is extremely special for reasons in every direction. High mountain scenery, considerable wildlife, streams, waterfall, birds, wildflowers, and great trails.

Jobs do not mean we destroy our best features of the wilderness. Mining laws have changed considerably in the last 100 years. Special ground and water quality are much more valuable than copper mines. The Clark Fork River downhill from the proposed mines has been damaged enough from past mining in the Butte and Anaconda areas. Past mining in these areas turned the river into one of the worst damaged rivers in the world. The dams contained the metal waste behind them. Our mission on the Planet earth is to protect our best.

Please call or write your local commissioners and Montana Governor, Greg Gianforte to support the safety of our beautiful wilderness.