For the most up to date information visit www.simonsweather.org or find Simon on Facebook

“The Paris Apartment” By Lucy Foley 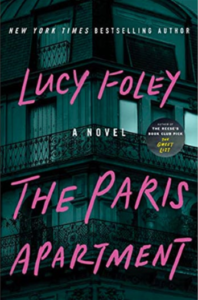 Out of a job and broke, Jess opts for free bed and board at her half-brother Ben’s Paris apartment. Except when she arrives, Ben is nowhere to be found, although he doesn’t appear to have left the building.

Book of the week courtesy of businessinsider.com 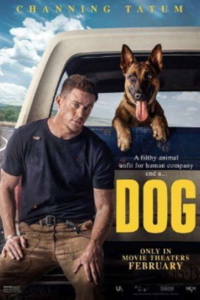 DOG is a buddy that follows the misadventures of two former Army Rangers paired against their will on the road trip of a lifetime.

Montana gas prices have risen 1.0 cents in the past week, averaging $3.39/g today, according to GasBuddy’s daily survey of 615 stations in Montana. Gas prices in Montana are 2.4 cents higher than a month ago and stand $1.04/g higher than a year ago.

Ingredients:
1 1/2 oz. Vodka
1/2 oz. Peach Schnapps
3 oz. Pink Grapefruit juice
1 candy heart
Ice cubes
Drop of red food coloring (optional)
Directions:
1.) Partially fill a martini shaker with ice. Pour in the Vodka, Peach Schnapps, and Grapefruit juice.
2.) Shake well and strain into martini glass.
3.) Garnish with a pink striped straw that has a candy heart on a toothpick inserted into the end.
4.) To get a richer pink color, you can add a drop of red food coloring to the drink, but this is optional.

Pronunciation: foo-fr-aa
Part of Speech: Noun
Meaning: a great fuss or disturbance about something very insignificant.

Letter to the Editor

I strongly believe that we, as a community, are doing our children an ENORMOUS disservice by blatantly ignoring the struggles of our school system! The children and teachers of Libby Schools are basically screaming for help and that is falling on deaf ears. I see it everyday in the disrespect a student shows their teacher, their parents, their peers, or people in the community.

We can no longer continue to blame each other, or a virus, for the behavior and extreme levels of disrespect exhibited by children in our schools today. Not to mention that for the last several years teachers, many long term and even new teachers, are dropping like flies from the profession due to some of these struggles! This is not just from our community, but around the country. The school system receives such little support from this community in terms of volunteers, substitutes, paraprofessionals that we cannot continue to support our children in the way they deserve. Your children deserve for you to RISE UP and find a way that you can support your school. I challenge you to SHOW UP and begin serving the ones that you claim are so near to your heart.

I’ll give you credit that working with kids is a challenge, but the reward and outcome will be far worth the struggle. If you show up, even just one day a week, we can reclaim and redeem a generation of children to achieve great academic and personal success! But we CANNOT continue in our current ways! We need to change. Churches need to rise up and recognize that the need is not in their office but on our sidewalks, in our community, at our schools. Everyone has one day they can dedicate to helping the next generation succeed. If this community is as “beautiful” as we claim year round and pride ourselves on being, let’s start to make it FEEL “beautiful” in the way we treat and support one another, starting in our schools!

Letter to Editor : The Truth Hurts Those Who Fear It

The need of name calling is a must to keep the truth from surfacing. You see the truth loves to be called out and inspected, for it will be shown as it is, the truth. Whereas, lies hate the light of day, for their deceit when surfaced, shows it for what it is…a lie. This simplicity is important in understanding the occurrence and aftermath of January 6th, 2021. Today, the Biden administration and his fellow Democrats are calling patriotic Americans who are not in lock-step with their leftist agenda as angry hateful white men, domestic terrorist, extremist or even insurrectionist: all hell bent on destroying our democracy. Thank God America is a Republic and God willing will remain so!

Everyone knows that President Trump didn’t fear a “legitimate” defeat, wat he and his supporters feared…well, was best said by then candidate Biden on October 29th, 2020… “Secondly, we’re in a situation where we have put together – and you guys did it for President Obama’s administration before this – we have put together I think the most extensive and inclusive voter fraud organization in the history of American politics”. Everyone also knows that months before the election the left and the main stream media started pushing the “Big Lie” narrative to desensitize the American public to the idea of the actual possibility of voter fraud. So, if and when anyone questioned the election, it would be seen as ridiculous. However, there is evidence of documented cases of election mismanagement and it is easy to see that fraud was committed…it just has not been fully investigated!

This brings us to January 6th. Insurrection, much akin to the devastation seen in Seattle and Portland by the fascist Antifa and Maoist BLM, reeking billions in damages and murdering innocents! Whereas, the rally of unarmed protesters in DC (which were more than 98% peaceful), were lead in chaos and trespassing, resulting in the hurried certification of the 46th president. The biggest “travesty” to have occurred from January 6th has been the arrest of over 700 innocent Americans held against their will and deprived of due process under the law! These Americans are being called insurrectionist by Biden, his administration and fellow Democrats. Never before in American history has someone sworn into the highest office in the land so blatantly break their oath to uphold our Constitution! I am sure there isn’t an attorney in America who truly believes in the U.S. Constitution are not but appalled by this tyranny! This is something you see in China or Russia, not America. It has been over a year and they are still denied the basic civil right of a speedy trial, all the while being held in deplorable conditions. Those few who have gone to trial have only been charged with trespassing! Where is the insurrection?

The most progressive, radical, treasonous, and unconventional ideology to spring form the minds of mankind came to us, to the world really, from our forefathers. A Republic! A Nation ruled by law. Based on a simple concept that we are all created equal, in the eyes of our creator…and thus ordained with God given rights of Life, Liberty and the Pursuit of Happiness. These principles are under attach today, CRT is destroying education, businesses, and our military. Many forward thinking States, to curb this abomination, are strengthening the civil and voting rights of their citizens. It warms my heart to see these new laws being upheld by SCOTUS. It saddens my heart to see Biden, the Democrats ad the media’s constant drum beat about Jim Crow 2.0 falsely holds that any sensible race-neutral precaution to revent fraud is being equated with the brutal race-bias and systematic Democrat party voter-suppression laws (ie) Jim Crow 1.0) that dominated the South before the 1965 Voting Rights Act. So, what are you going to do about all this? May I suggest that you stand tall against Biden’s tyranny, stand for your civil rights, your free speech and your pursuit of happiness!