The Friends of Scotchman Peaks Wilderness family has grown in recent days.

With three new positions filled, the Friends are ready to roll into a great summer — getting people into the Scotchmans – swinging Pulaskis, learning about local flora and fauna and exploring new corners of the Scotchman Peaks.

“We are thrilled to have such a talented and
enthusiastic staff this summer,” said Kelsey Maxwell, current staff member at FSPW. “With unique and
diverse backgrounds, we know they are going to bring new and exciting ways to get folks out exploring our wild backyard.”

First up is Amy Pearson, a professor and poet
inspired by the natural world. As the full-time Northwest Montana coordinator, she’ll direct programs and community events for the Scotchman Peaks-adjacent communities in Montana. Between her Ph.D. in organizational communication, experience as the former president of Montana Wilderness Association’s
Flathead Chapter and deep roots in the West as a fifth-generation Montanan – Amy is ready to hit the ground running for FSPW.

Likewise, Patrick Shea has spent several years working for wilderness causes. He grew up in North Carolina, helping his grandfather maintain trails as a volunteer trail adopter. For the last four summers, he’s worked with the Youth Conservation Corp in central Idaho, along the Continental Divide, in Yellowstone, and in North Carolina. From June through August, Patrick will bring his maintenance expertise to Scotchman Peaks trails. This summer, FSPW volunteer crews will improve miles of trails, keeping wilderness open for everyone.

Last but not least, Henry Jorden is already a familiar face to the FSPW family. Previously serving as the Lincoln County outreach coordinator, Henry stepped back to part-time work while pursuing a master’s
degree  at Columbia University focused on wilderness therapy. This summer, he moves into a new role with the Friends as trail stewardship coordinator. He will oversee FSPW’s robust summer programs including volunteer-led hikes in the Scotchmans and the trail ambassador program — which seeks to keep hikers and goats safe on the trails. With past experience managing FSPW’s winter outdoor education program, Henry will be bringing more family-fun and educational events into the Scotchmans this summer.

It’s shaping up to be an exciting year, and Friends of Scotchman Peaks Wilderness is thrilled to have the right team for the job.

Prevention tips to avoid tick bites this Spring and Summer

Submitted by
Montana Department of Public Health and Human Services 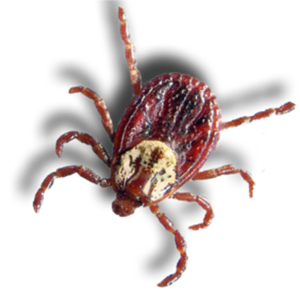 As Montanans look to enjoy the outdoors this spring and summer, state and local public health officials urge everyone to follow a few simple steps to prevent tick bites and related illnesses: Limit exposure to ticks, use insect repellent, and inspect yourself, gear, and pets for ticks.

Department of Public Health and Human Services (DPHHS) officials say each tick season is unpredictable. However, each year thousands of people in the U.S. are bitten by ticks and become infected with a tick-borne illness.

Public health departments in Montana investigate reports of tick-borne
illnesses every year and monitor trends closely as tick-borne diseases are on
the rise across the country. Over the past two decades, several new tickborne
diseases that can cause illness have been identified in the U.S.  Recently identified tick diseases in the U.S. include Heartland and Bourbon virus.

“While these new diseases have not been reported in Montana, we do receive reports of many others,” Baldry said. Commonly reported tick-borne diseases in Montana include: Rocky Mountain spotted fever, Lyme disease, tularemia, tickborne relapsing fever, and Colorado tick fever virus (CTFV).

In recent years, cases of Rocky Mountain spotted fever, tularemia, and CTFV have increased in Montana. Typically, the most common tickborne illness acquired in Montana is Rocky Mountain spotted fever, with a ten-year average of eight cases reported each year. However, in 2020, Montana had 17 cases of CTFV reported, which was an increase from the average of one to two cases per year.

While the state’s tick experts continue to look, the tick that causes Lyme
disease, Ixodes scapularis, has not been found in Montana. To date, all but a single case of Lyme disease reported in Montana have been associated with travel to
other areas of the United States and are not believed to have been acquired in the state.

Other reported tick-borne illnesses believed to be acquired out-of-state include anaplasmosis, ehrlichiosis and babesiosis. All diseases listed previously can cause serious illness.

– Avoid areas with high grass and leaf litter and walk in the center of trails
when hiking.

– Bath or shower as soon as possible after coming indoors can help you find and wash off crawling ticks before they bite you. Paying close attention to areas where ticks like hide, under the arms, in and around the ears, inside the belly button, back of the knees, in and around the hair, between the legs, and around the waist is important.

– After leaving the outdoors, check your clothing, gear and pets for ticks.

Put dry clothes in a dryer on high heat for 10 minutes to kill ticks after you come indoors. If the clothes are damp, dry thoroughly and then tumble dry on high for 10 more minutes.

Common symptoms of tick-borne infections include fever and chills, aches and pains, rash, and fever of varying degrees. “Although most are easily treated with antibiotics, many present with general flu-like symptoms so it’s important to communicate exposure risk to your provider,” Baldry stresses “Early recognition and treatment of the infection decreases the risk of serious complications.”

Individuals should see their healthcare provider immediately if they have been bitten by a tick and experience symptoms.

If a tick is found and is attached, follow these steps to safely remove the tick.

Use fine-tipped, “pointy” tweezers to grasp the tick as close to the skin’s
surface as possible.

After removing the tick, thoroughly clean the bite area and your hands with rubbing alcohol, an iodine scrub, or soap and water.

Do no use folklore remedies such as “painting” the tick with nail polish or petroleum jelly or using heat to make the tick detach from the skin. These methods are not recommended and may cause the tick to burrow deeper into the skin.

For more information about tick-borne illnesses, protection and detection efforts, visit the DPHHS website at http://www.dphhs.mt.gov.

Responsible for sales, placement, and design of advertising for the newspaper. The director oversees all aspects of ad sales and management. Skills –Experience with Microsoft Publisher -Experience with Photoshop -Sales Experience -Experience with Micrsoft Excel and Word Excellent written, telephone, and in-person communication skills are a must for this position. Pay dependent on
experience. Currently 20 hours per week, but may increase to more hours based on sales performance of the director.

Come join us in a fast-paced and friendly environment aimed at celebrating and serving our communities.
We’re willing to train the right applicant.

Service or In Person.