The Roundup for Safety Board awarded $17,321 in community safety grants to nonprofit organizations at its November 10 meeting, including a $3,000 grant requested by the Nate Chute Foundation (NCF) for gun safety locks. The locks will be given to local school superintendents, administrators, psychologists, and counselors to distribute to all parents and caregivers who have a firearm that is accessible to youth.

Executive Director Kacy Howard presented on behalf of NCF, which is dedicated to reducing suicide in western Montana. NCF offers evidence-based training and education to area schools and organizations to help identify suicidal behavior and build resiliency. With this grant request, NCF sought to expand an existing partnership with the Flathead County FICMMR (Fetal, Infant, Maternal Mortality Review) team (operating under DPHHS Montana). Flathead County FICMMR dedicated $3,000 to provide gunlocks to School District 5 (Kalispell) and asked NCF to partner with them to provide gunlocks to Flathead Valley schools outside of District 5, including the Whitefish, Columbia Falls, and Bigfork districts.

Howard shared research suggesting that one of the most effective ways to prevent suicide is to put time and space between the suicidal individual and the lethal means they have chosen to end their life. While many people contemplating suicide may make plans and consider their thoughts for long lengths of time, the actual duration of deliberation (from deciding to make an attempt to actually attempting) is typically under 10 minutes. That means that if a person planning on ending their life cannot access their firearm immediately, they will likely come out of their suicidal crisis before they have a chance to attempt. Howard also shared Flathead County rates of youth suicide is over twice the national average. Last year, nine local young people died by suicide.

The Board noted the partnership between the Nate Chute Foundation, the Flathead Country FICMMR, and the Kalispell, Whitefish, Columbia Falls, and Bigfork school districts. Nate Chute Foundation is also working with locally based Nelson’s Hardware of Whitefish and Top Copy for affordable rates on the locks and the printed, educational materials that accompany them.

Other projects funded during the November meeting included:

Roundup for Safety is a voluntary program for Flathead Electric Cooperative members who allow their electric bills to be rounded up to the next dollar, with the extra money going into a fund for community safety projects proposed by nonprofit organizations and considered by an independent board.

Since 1997, members of Flathead Electric Cooperative have rounded up their bills to a total of $4,572,122 in community safety project funding. If your nonprofit is interested in applying for community safety funds, visit www.flatheadelectric.com/roundup or call Courtney Stone at 406-751-1820. Grant applications are accepted on Flathead Electric Co-op’s website and are due by the end of each month for consideration at the following month’s meeting.

Instead of focusing on profits, not-for-profit co-ops focus on serving low-cost, reliable electricity to members while providing value to the community. When revenues exceed expenses, co-ops allocate those margins back to members as capital credits. Co-ops hold onto capital credits for a period of time to fund long-term improvements to the electric system and to purchase supplies and equipment like transformers and bucket trucks. Essentially, the co-op borrows from itself and avoids paying interest on bank loans, which keeps electric rates lower. When the financial condition of the co-op permits, capital credits are retired and paid to member-owners as capital credit payments.

Typically, capital credits are returned to members after a period of several years. However, FEC’s Trustees decided to return a percentage of last year’s capital credits due to a power rate refund recently received by FEC from its wholesale power provider, the Bonneville Power Administration (BPA).

Board President Gary Boe noted, “When we learned that FEC would receive a refund from BPA, it was an easy decision to get money back in the hands of our members. By retiring 2008 and 2021 capital credits, we are able to get that done.”

Most of FEC’s electricity comes from hydropower sold by BPA. This year, a deep snowpack, a wet spring, and a cool start to summer resulted in ideal weather conditions for prolonged hydropower generation in the Pacific Northwest. At the same time, other areas of the nation had an increased need for reliable power, and BPA was able to sell much of its larger-than-normal generation to those power markets. That combination resulted in lower-than-expected power costs for FEC.

Pictured above is Michael Wallace with his first bull elk. 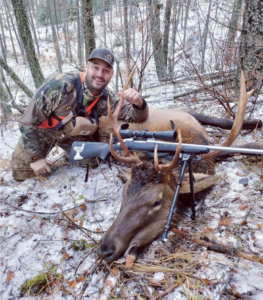 Pictured below is Travis Pennock with his massive whitetail buck. 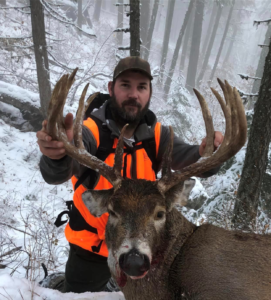 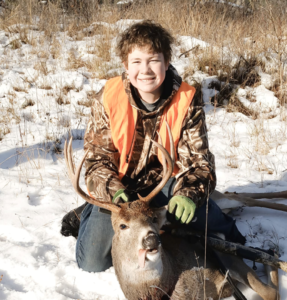 Bentley Swanson with his 2×2 whitetail buck. 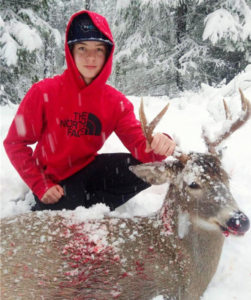