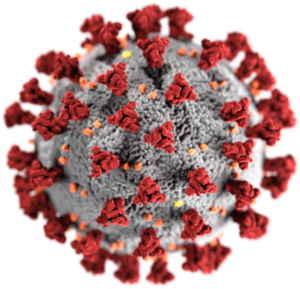 8.19.2021—Montana’s medical community sounded an alarm Thursday, August 19, urging
residents to get vaccinated and again wear masks
in indoor public spaces to slow the spread of the
increasingly concerning Delta variant of COVID-19.

As of last Thursday, there are more than 3,200 active COVID-19 cases in the state, including 499 new cases, a level of spread not seen since winter. In the last six weeks, the average daily caseload has increased six-fold and is on track to more than double in the next two weeks. Hospitalizations are reaching critical new highs alongside renewed community spread of the virus. The spikes are the result of the newer, more transmissible Delta variant and the state’s sluggish vaccination rate, experts said. As of Thursday, 49% of eligible people in the state are fully vaccinated, far short of the 70% to 80% medical
experts say is needed to reach herd immunity.

“With cases and hospitalizations increasing, we in the medical and nursing community of Montana want you to know that now is the time to act and step up our game collectively in preventing a worsening wave of COVID-19 here in Montana,” said Montana Medical Association President Dr. Pamela V. Cutler. “We see what’s happening in other portions of the U.S. Our statewide emergency rooms, businesses,
and schools depend on each Montanan to follow the proven prevention methods that we know work — get vaccinated and wear a mask indoors. By working together, we can prepare and slow the spread.”

On Thursday afternoon, officials from numerous statewide medical associations held a virtual press conference urging all Montanans to wear masks
inside again, as recommended by the Centers for
Disease Control and Prevention. In recent weeks, states including Oregon and Washington have renewed mask mandates after letting them expire in the spring, when nationwide case numbers were on the decline. Gov. Greg Gianforte rescinded Montana’s mask mandate in February.

Medical officials said it’s especially important to resume mask wearing as the school year approaches. Children under 12 can not yet get vaccinated. Dr.
Lauren Wilson, vice president of the Montana
Chapter of the American Academy of Pediatrics, said during Thursday’s press event that she’s worried the upcoming school year will be significantly disrupted if school districts don’t require children to wear masks. As the first day of school nears, many districts are taking divergent approaches, with some opting for mask mandates similar to last year and others leaving it up to students. Wilson said the latter is not a good option, citing the fact that more than 20,000 school children in Mississippi are currently in
quarantine after just one week of school.

“We can keep kids safe by using tried and true methods from last year,” she said.

But perhaps more pressing than the coming school year is the challenge facing Montana hospitals, which are struggling to keep up with the caseload. As of last Thursday, 200 people were hospitalized with COVID-19 in the state, the most since January. On Tuesday, August 17, 42 people were hospitalized for COVID-19 in Flathead County alone, more than at any other time during the pandemic. Flathead County had 681 active cases on Thursday, more than any other county in the state. Hospitals in Cascade County were also pushed to the brink this week. Some hospitals have had to hold patients in emergency rooms while awaiting more appropriate space. Others have had to send patients out of state.

Adding to the strain on available hospital beds is reduced staff, said Dr. James McKay, chief physician executive for Providence Montana, which oversees
St. Patrick Hospital in Missoula and St. Joseph Medical Center in Polson. After an intense year of battling
the pandemic, he said, many health care workers
are exhausted, and some have left the profession altogether. He said the hospital in Missoula has a number of nursing positions open.

As of Wednesday, August 18, St. Patrick had 23 patients with COVID-19, including seven in intensive care and two on ventilators. Almost none of them were vaccinated, according to McKay.

“There is a lot of frustration and fatigue, because all of this is preventable if people would just get
vaccinated,” McKay said.

“I don’t think we’ve seen the worst of it yet,” he added.

Flathead County has one of the lowest vaccination rates among the state’s large counties at 41%, compared to 62% in Missoula County, 56% in Lewis and Clark County, and 48% in Yellowstone County. But Flathead County Public Health Officer Joe Russell
said he has seen an uptick in people wanting to get vaccinated. The county health department currently offers one vaccination clinic per week, and on
Tuesday it delivered 126 shots, including 58 to
unscheduled walk-ins. Russell said he doesn’t know whether the rising interest is because people are
concerned about the new surge in cases, or they’re motivated to get vaccinated so they can travel (cross-border travel to Canada now requires vaccination).

“To me, it really doesn’t matter what brings people in, so long as they’re getting vaccinated,” he said.

Printed with permission from: 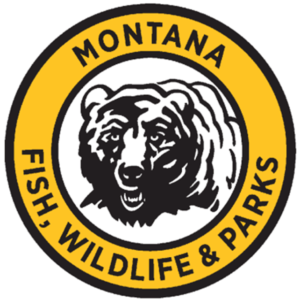 HELENA – Montana Fish, Wildlife & Parks is beginning the biennial hunting regulations review process,
and this year the department is looking to take a fresh approach.

In the past, the biennial hunting regulation process typically had few changes to the existing regulations.
This year, FWP will tackle more significant changes such as combining hunting districts and simplifying license structures, while still keeping focused on statewide
wildlife population management goals.

“Hunters have told us for years that our regulations are too complicated,” said FWP Director Hank Worsech. “Past efforts to simplify the regulations have mostly resulted in small changes every two years. It’s time to take a more holistic look at the regulations to make them more understandable and effective.”

Hunters and the public will have multiple opportunities to comment during this year’s season setting process. In late September, FWP will put potential changes to hunting regulations for
the 2022 and 2023 seasons out for 30 days of public
comment. A second 30-day public comment opportunity will come following the Dec. 14 Fish and Wildlife
Commission meeting to ensure hunter voices are heard.

“We’ll put science-based proposals out for people to chew on early in the process, to promote transparency and encourage public engagement,” Worsech said.

The biggest changes hunters can look for will be a reduction in the number of license/permit types (LPTs) and the number of hunting districts.

A simplified approach to hunting regulations is something FWP staff have worked on for the past four years. The first steps were to clarify and simplify some of
the legal language in the regulations and make them
consistent in all FWP regulation booklets. That step
was completed almost three years ago.

The next step is to dig a bit deeper in order to
provide clarity and reduce complexity.

“Ultimately, the aim is to have regulations that are consistent with state law and management objectives, clarify hunter opportunity, and encourage participation,” Worsech said. “It’s time for a better approach,
and we’re eager to hear what hunters think. We’ll focus directly on the wildlife resource and look to the public and commission to help us get this right.”

These proposed changes will be posted at fwp.mt.gov when they first become available for
public comment in September.