Rob is from Australia and has been carving professionally for 10 years. He is the three-time Australian Champion and has placed 2nd and 3rd at Chetwynd. Rob is a Self-taught sculptor and first started carving in 2003 and started full-time in 2009. He enjoys competing all around the world. 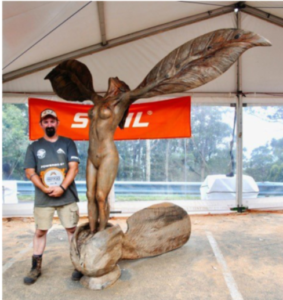 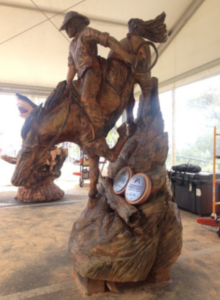 Adrian is from Villa Elisa in Argentina. Adria is returning for his 2nd year. Adrian has been competitively carving for about six years. Adrian began his career building wooden toys and small hand carved pieces. Adrian has traveled around the world carving and he says this is all due to the chainsaw carving world. He says chainsaw carvers are like a big family and he is proud to be part of the family. 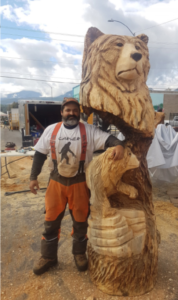 Mark was born in Alberta, Canada but makes his home in California. Mark won 2nd place last year and is returning to us for his 3rd year. Mark started carving right out of high school and has been carving for over 36 years. Mark was on the reality show Carver Kings which can be seen on Netflix. He was also on many episodes of the reality show Saw Dogs. Mark has won many awards and he enjoys seeing people take his art home. 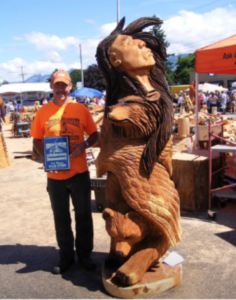