A Little Piece of History

The first Igniters Car Club meeting, which was held on October 22, 1961 at Phil Barrs Garage, was attended by a group of young car enthusiasts including Mike Behling, Dave Swenson, Ken Preston, Bob Myrang, Ken Beckstrom, Rich Johnson, Mike Plaas, and Ivan Troyer. The historical minutes of the meeting reflected the key points that required immediate decision making such as charging a $5 initiation fee for each new member, acquiring a garage to work on projects and hold regular meetings, and

gaining a financial edge by restoring automobiles and other fundraising efforts.

In 1962, the club held its first community wide event. The small group installed

As public awareness grew about the club, so did its respect and interest – the two main goals of this ambitious group. In an attempt to live up to the community’s expectations, different approaches were explored to meet the stringent standards of the club. For example, each member was required to carry gasoline, water, and oil in his vehicle at all times to generously and graciously provide roadside assistance. Each rescue effort was satisfied once the assisted person received his or her courtesy card. In summary, the card read “If you have anything against hot rodders, remember it was one of them who assisted you today”.

Another standard adhered to was in the form of a fine being applied to any traffic ticket received by a club member while on the road. Basically, the member was charged face value of the initial violation, essentially doubling the fee. The penalty was put in line with the club attempting to present a positive image to the community.

Legion Hall. The members held regular sock hops at the local Moose Hall to raise funds to absorb the cost of the rent. Eventually, the club was able to build a 40 X 60 foot shop on a piece of land donated by a fellow community member by the name of George Enders. This shop, located at 170 Hogan Drive, provided a permanent home to the

The first few public car shows were modest in size and were held in various parking lots throughout the community with the first one located at the renowned Bowman’s Office Supply. The car show celebration, consisting of a few cars belonging to members, was complimented by a small barbecue with hot dogs, hamburgers, soda, and a

handful of out of town guests.

In 1981, as part of the annual community-wide celebration, Libby Logger Days, the club decided to host their own rod run. This event, called The Igniters Timber Run, unintentionally attracted several young athletes, dressed in full running gear, prepared to compete in a long distance run. As a result, the name of the event was changed to Igniters′ Hot August Nights. However, in the late 1990’s, a threat of a lawsuit by The Hot August Nights organization in Reno, Nevada prompted yet another name change because of alleged trademark infringement. The car show became what is known as today as Ignite the Nites.

454 antique, classic, and custom cars rolling in for the annual car show! 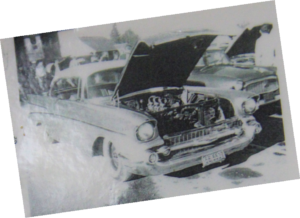 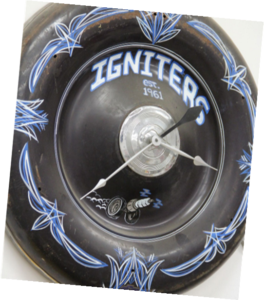 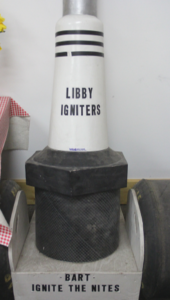 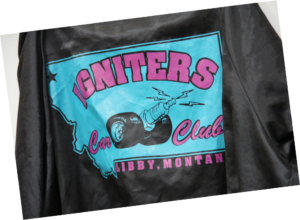