Mostly cloudy and colder with a chance of snow showers. Local accumulations of up to 1 inch possible below 4000 feet with 1 to 2 inches possible above 4000 feet. Highs in the 30s with upper teens around 5000 feet. Local east to northeast winds 10 to 20 mph with gusts to 30 mph across ridge tops and through favored canyons.

“One Italian Summer” By Rebecca Serle 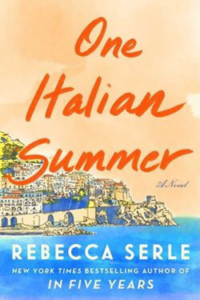 When her mother dies just before their planned mother daughter trip to Italy, Kay decides to still spend the summer exploring the Amalfi coast as she grieves. Magically, Katy meets a younger version of her mother, giving Katy a whole new perspective on her mother as a person. 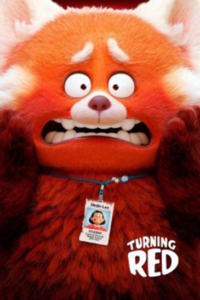 Thirteen year old Mei is the  experiencing awkwardness of being a teenager with a twist – when she gets too excited, she transforms into a giant red
panda. 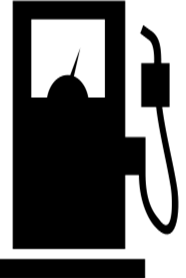 Montana gas prices have increased by 5.0 cents in the past week, averaging $3.47/g today, according to GasBuddy’s daily survey of 615 stations in Montana. Gas prices in Montana are 9.2 cents higher than a month ago and stand $0.96/g higher than a year ago. 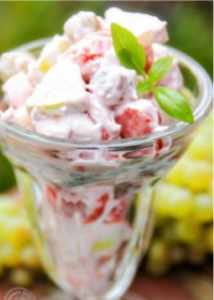 Directions:
1.) Place all of the prepared fruit in a medium bowl.
2.) Stir in yogurt and cool whip.
3.) Serve immediately or refrigerate before serving.

Pronunciation: si-zuh-jee
Part of Speech: Noun
Meaning: an alignment of three celestial objects, as the sun, the earth, and either the moon or a planet.

Job Service Libby is hosting a job fair and we want YOU to attend! This is your opportunity to find the job you are looking for! Meet local employers! Fill out
applications and bring your resume!

“All history becomes subjective; in other words there is properly no history, only biography.”

In the winter of 1958, the Belgrade Panthers defeated the Troy Trojans 65-64 in the Class “C” State Championship game held at Helena High School. Gale Weidner, the focus of this column, led Troy in scoring with 20 points, followed by Don Morrison’s 18 points, and Edwin Winslow with 17 points. In a delicious twist of fate, some forty-six years later (2004), Edwin’s nephew, Wally Winslow, would lead the Libby Loggers to the Class “A” State Championship by defeating the Belgrade Panthers 96-89 in 3 OT’s- on the Panthers home court no less- in one of the greatest championship games in Montana history.

Writing about history and historical events is often a risky proposition, one rarely presented without bias to some extent, even in the face of “conclusive” evidence presented by a number of sources and confirmed by the most respected historians. The “legend” of Troy’s Gale Weidner, who many consider to be one of the most physically gifted athletes ever to emerge from Lincoln County, as well as the state of Montana, is a riveting story, unfortunately one lost over the years.

Gale Weidner was a 3-sport athlete at THS from 1954-1958, excelling in football, basketball, and track and field. Gale led the Troy Trojans to the 1958, Class “C” championship in track and field, winning 4 events. He was awarded a full-ride scholarship to the University of Colorado, and was the starting quarterback for the Colorado Buffaloes throughout their “magical” 1961 season. The Buffaloes hadn’t defeated the Oklahoma Sooners in football since 1913, but did so, 22-14, in Norman, Oklahoma with Weidner at quarterback. In a game against Nebraska, held in Lincoln, Weidner’s quarterback “sneak” provided a 7-0 victory, a game in which Nebraska gained neither a first down nor completed a pass. Trailing 0-19 against Kansas entering the 4th quarter, a team led by future NFL professional quarterback John Hadl, who went to 2 Pro-Bowls, was a 4-time AFC All-Star, and who played 15 seasons for the San Diego Chargers and Los Angeles Rams, Weidner, in front of 42,700 fans in Boulder, threw 3 touchdown passes, leading Colorado to a 20-19 victory. Ranked 7th in the nation by season’s end, the Buffaloes were invited to play in Miami’s “Orange Bowl,” and on January 1, 1962, in front of 62,391 people, were defeated by LSU 25-7.

However, a larger story “within this story” unfolded prior to the “Orange Bowl.” The city of Miami insisted that the Buffaloes segregate 5 players of “color,” instructing them to find separate accommodations upon arrival for the game.  As a team, the Colorado Buffaloes informed both the city of Miami and “Orange Bowl” officials that they would refuse to play if all players were not allowed to stay together, thus “forcing the hand” of such segregationists policies. The game itself, one watched by millions, including our family and surely all of Troy, was lost, in part, due to poor punt coverage by Colorado on several occasions, but the courageous message and ethical loyalty to their black teammates shown by the Colorado players played an important role in the Civil Rights unrest of that time period.  Surely, Gale Weidner was as proud of that momentous decision as he was for his own personal exploits, if not prouder!

Weidner was chosen by the Denver Broncos as the 74th player taken overall in the 1961 draft, and was later, in 1962, drafted by the Green Bay Packers. It is possible that his NFL career was shortened by injury, or Gale chose to pursue his career in real estate (common at the time since NFL salaries were not as “outrageously inflated” as they are today).  In short, Gale Weidner was a magnificent athlete, one who played on the highest national stage, and deserves the “legendary” status applied to him.

As a note of further interest, one may find on eBay a variety of 1961 Nu-Cards of Gale Weidner, numbered #168, with the “classic” card priced at $26.09. Those who love Troy Trojan history would be well-served to do so.