Go On A Bike Ride 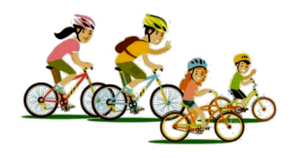 If you’ve been meaning to hit the trails on two wheels but haven’t yet this summer, now’s the time to go on a bike ride. 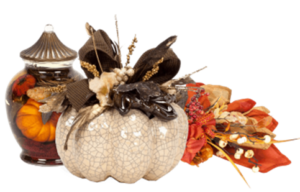 A long weekend at home offers the chance to decorate your front porch for fall.

Go For A Dip 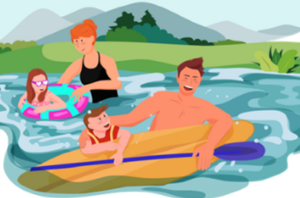 An Unhappy Workforce Can Cost  Money. How to Turn Things Around

(StatePoint) Amid the Great Resignation, the pandemic-era phenomenon of employees leaving their jobs, new research studying employees in the United States, the United Kingdom and Ireland are shedding light on how employers can retain their staff and keep them happy.

“Unleashing the Human Element at Work: Transforming Workplaces Through Recognition,” a new research report by Gallup and Workhuman, reveals that currently, only about one-third of employees say their employer has a formal recognition program, and 81% of senior leaders say recognition is not a major strategic priority for their organization.

Industry experts define a culture of recognition at its most basic level as one in which gratitude, praise and appreciation are freely given and regularly received in an authentic and equitable way throughout the organization. The data suggests that not embracing this ethos is a missed opportunity. Indeed, Gallup’s analysis of the study data shows that an organization of 10,000 people with an already engaged workforce can save up to $16.1 million in turnover annually when they make recognition an important part of their culture. What’s more, employees who feel recognized are more likely to be engaged and feel loyal to their organization.

“The data clearly shows that when recognition is genuinely embedded in workplace culture, people feel its full impact — they feel seen, valued and motivated to put in a little extra effort,” says Dr. Meisha-Ann Martin, senior director of People Analytics and Research at Workhuman.

Employee recognition doesn’t just have an impact on work performance though, it also has an insulating effect that can help shield employees from burnout and support their overall wellbeing. More than 70% of employees who have good recognition experiences at work rate their lives more positively overall and are more likely to be “thriving” in their everyday lives compared to those who are not being fully recognized.

But Dr. Martin advises companies to consider how they go about recognizing their employees. The study found that more than half of employees who say the recognition they receive at work is not authentic or equitable are actively looking or watching for new employment opportunities. Further, two in five employees say they are not receiving enough recognition from leaders at their organization — only a few times a year at most — when the bare minimum for positive impact is at least a few times a month.

Recognition of employees is not only useful for retention, it can assist with recruitment too, say analysts.

“In today’s competitive talent marketplace, the power of employee referrals cannot be understated. Yet, only 28% of employees in this study strongly agree they would recommend their organization as a great place to work. Organizations that acknowledge employees through strong cultures of recognition can boost this figure to 68%,” says Ed O`Boyle, Gallup’s global practice leader. “When organizations celebrate employees’ successes and contributions, those employees pay it forward and become brand ambassadors.”

“Recognizing employees is a simple way organizations can demonstrate their commitment to their employees and inspire them to feel connected, confident and cared about, and in today’s climate, it’s no longer a nice-to-have program but rather a business imperative,” says Dr. Martin.

What Is Labor Day?

For many of us, Labor Day, the first Monday in September, is a last hurrah to summer. One last long weekend before autumn descends upon us bringing cooler temperatures, school, and the end of vacation season. More than just a day for frivolity though, Labor Day in the United States actually has its roots in the late 1800’s as an attempt to honor the social and economic contributions of America’s workers.

There is some contention regarding who first proposed the idea, but both men, interestingly, have very similar names. Peter McGuire, general secretary of the Brotherhood of Carpenters and Joiners, suggested a “general holiday for the laboring classes” in 1882 according to some records. Other references claim that it was instead Matthew Maguire who in the same year recommended a similar holiday while serving as New York Central Labor Union Secretary.

Philadelphia shoemakers established the first union in 1794 as a way to negotiate collectively with an employer to protect worker’s rights. Gradually, unions began to form in many industries across the country, mostly in large cities. However, early unions did not include women, Blacks, or immigrants. Eventually, women and people of color began to start their own unions. The first major union to accept these groups was the National Union for Cigar Makers in 1867. The Organization of Federal Trade and Labor Unions was formed in 1881 and the American Federation of Labor in 1886. Pressure from such organizations led to Congress to establish the Department of Labor in 1913. Over the next twenty years, right to strike, minimum wage, overtime pay, and child labor laws were enacted. However, it took until the 1970’s for many of the lowest wager earners to be included.

Labor Day, became a national holiday in 1894 under President Grover Cleveland. It is celebrated around the country with parades and barbecues. Organized labor has contributed to an improved standard of living, as well as toward the American idea of democracy. However you choose to spend your Labor Day, spare a thought and a word of thanks to all the workers who make America what it is today.