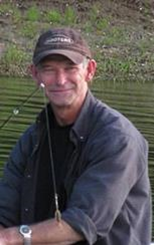 Victor V. Crace, Jr., 64, passed away of a sudden heart attack December 13, 2019 at his residence in Libby.  He was born in Toledo, Oregon February 21, 1955 to Victor Crace and Peggy Garonski Crace; he came to Libby with his family in 1965 where he attended grade school while his father worked on the Libby Dam project.  The family left Libby in 1968, and he completed his education in Vancouver, Washington.

During his first working years, Vic was a commercial fisherman. His dream was always to return to Libby to raise his own family. After a vacation to Libby in the early 1980’s, he decided to move his family, first wife, Lori, and three small children, from Washington to Libby in 1984. He purchased a home up Pipe Creek where the family enjoyed the freedom and comradery of living in the small out-of-town neighborhood. Vic called Pipe Creek home for most of his adult life.

Vic was proud of the many roads he helped build throughout the Pacific Northwest during his construction career – which he retired from in 2013. Some of his favorite projects were the Going to the Sun Road in Glacier Park and HWY 2 between Libby and Troy.

Vic was most at home in the Great Outdoors. He enjoyed fishing, boating, and camping with family. The mountains were his favorite place; oftentimes driving the backroads to see animals or gather firewood. His love of muscle cars and hot rods started in high school, and spanned his whole life.  He was adventurous and loving. His greatest enjoyment was being a grandfather to Zach, Alexandria, Cody, Kieran and Dylan.

He was preceded in death by his parents Victor and Peggy Crace, of Libby.

Also surviving him are his beloved and cherished current wife, Toni, of Libby; his children Victor (wife Sarah) of Libby; Clark (husband Bruce Ramsburg) of AZ; and Sara Elmore (husband Colby) of WA; sisters Diane Quick of OR; and Donna Stoffel of MT; as well as many other extended family.

Service was at 2:00 p.m., Monday, December 23, 2019 at the Schnackenberg Funeral Home Chapel in Libby.  Online condolences and memories may be shared at www.schnackenbergfh.com. 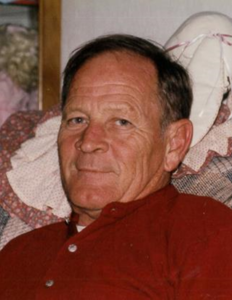 Thomas Michael Chasey, 78,  passed into the loving arms of his Savior Wednesday, December 11, 2019, after suffering from asbestosis/COPD for 18 years. He was born in Leon, IA, September 17, 1941, son of Thomas W. Chasey and Hollis Irene Ziegler Chasey.

After a few years in Iowa, he and his mother moved to the San Francisco Bay area where he completed his schooling.  He then joined the United States Marine Corps.  After his duty time was finished, he joined the San Francisco Police Department, and was awarded the Medal of Honor while there. He moved to Ketchikan, Alaska, and worked law enforcement there, too. He then worked for Boulder City, NV, Police Department, until he was hired by Las Vegas Metropolitan Police Department where he stayed until retirement in 1998.  He was a detective at the time of his retirement.

He was a true friend to many, and a wonderful parent and husband.  His generous spirit shall be missed by many.  When he made you his friend, it was for life, just as it should be.

He and his wife Mary moved from the Las Vegas valley to Libby, Montana in 1998, and he loved every second of living here.  He liked to fish, pan for gold, use the ATV out in the woods, and loved seeing all the accompanying wildlife.  Everything Montana had to offer him was welcomed and enjoyed.

He was preceded in death by his children: James, Steve, Michele, John, and his parents.

In lieu of flowers, his request was that donations be made to in his name to Libby Christian Church, Northwest Community Health Center, or Home Options Hospice, all of which are in Libby, MT.

Special thanks of gratitude to each person that helped him endure this illness.

At his request there will be no formal funeral, but a celebration of life shall be held in the spring. Arrangements are by Schnackenberg Funeral Home in Libby. Online condolences and memories may be shared at www.schnackenbergfh.com.

God rest this good man’s soul.  He shall forever be our Six O’ Clock Man! 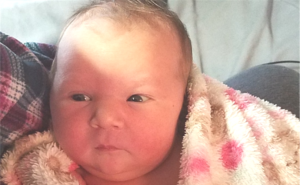 Tessa Genese Kneller was born on Dec. 13, 2019 at home in Libby, Mont. She weighed 9 pounds, 12 ounces and was 21.5 inches long at the time of her birth. Her parents are Logan and Kimberly Kneller, of Libby, Mont.  She was delivered by Joyce Vogel, Licensed Midwife.