Fredrick Bruce Boothman, 66, of Kalispell, Mont. passed away Tuesday, Dec. 24, 2019 at Kalispell Regional Medical Center from natural causes.  He was born Nov. 22, 1953 in Libby, Mont. to Allen J. and Eva (Powell) Boothman. Fredrick grew up in Libby, enjoying the activities of the great outdoors that Montana has to offer. He attended school in Libby, graduating from Libby High School with the Class of 1973.

Fredrick was a great mountain man and the best father and grandfather there is around.  He will be missed by his family who loved him so much and his friends. He was preceded in death by his parents; his brothers, Harry Boothman and Gerry Boothman; and his grandmother, Jacoba Boothman Brad.

Survivors include his son, Michael Allen Boothman of Kalispell, Mont.; granddaughters Abbigale Maria Yvonne Boothman and Payton Eva Marie Boothman; and brothers Barry Boothman and Richard Boothman. Visitation for Fredrick was 1 until 7 p.m. on Thursday, Jan. 2 and a Memorial Service for Fredrick was at 1 p.m. on Tuesday, Jan. 7 with both taking place at Schnackenberg Funeral Home, 422 W 2nd St. in Libby, Mont. 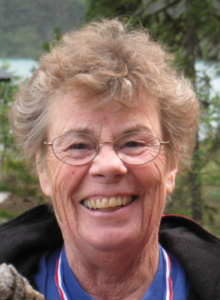 Victoria Elena Haugen passed away Dec. 28, 2019 at the Brendan House in Kalispell, Mont. following a five month battle with lung cancer. Vicki was born in Ely, Nevada on Nov. 16, 1941. Her family moved to Plains, Mont. in 1948 where she attended school and graduated. It was there that she met Terry Haugen, her husband of 57 years.

They were married on July 27, 1962. They later moved to Libby in 1965 where they raised their three sons. During the years the boys were in school, Vicki worked and volunteered in the Libby School District. After the boys graduated, Terry’s career in the lumber business took them to Underwood, Wash., Jacksonville, Fla., and Mobile, Ala.. They settled in retirement in Jacksonville, Fla. and Upper Thompson Lake near Happy’s Inn, Mont.. Vicki was an active member in her Lutheran Church in Plains, Libby and Jacksonville where she and Terry both worked tirelessly at the Spirit of Life food pantry. Vicki was a loving and devoted wife, mother and grandmother. In addition to spending time with her grandkids, family and friends, she enjoyed her plants and flowers, baking, fishing and traveling (it’s a long way from Florida to Montana, with many side trips).

She is preceded in death by her parents, Mark and Elaine Edwardton and her sister, Carol Ann Bartholomew. She is survived by her husband Terry, and her sons Steve (Kara), Kyle, Curtis (Bridget) and her grandchildren, twins Kennedy and Cassidy, Neva and Turner.

In lieu of flowers, please consider a donation to either the Kalispell Regional Healthcare Foundation (https://www.krh.org/foundation/) or the Spirit of Life Lutheran Church Food Pantry (2636 New Berlin Road, Jacksonville, FL  32226).  Arrangements are by Schnackenberg Funeral Home in Libby.  Online condolences and memories may be shared at www.schnackenberg fh.com.

William O. Teigen, 82, of Libby, Mont. passed away Saturday, Dec. 28, 2019 at Cabinet Peaks Medical Center of natural causes. He was born Jan. 29, 1937 in Kalispell, Mont. to Oswald and Dorothy (Wilson) Teigen. Bill grew up farming, spending lots of hours on a John Deere baling hay and he served in the United States Air Force. Bill married Margaret (Marge) Rider in Polson, Mont. on June 2, 1956.  After moving to Libby in 1958, he started working at St. Regis Lumber Mill and continued there for 35 years. Bill retired from Champion International as a millwright. His retirement, however, was put on hold a little while longer while he worked at the Goldendale Aluminum Plant in Wash.

Bill was a member of Local Union 2581 and was a standing member of a Rosauers “early morning” coffee club! He loved to collect many things, but especially John Deere, maybe that passion started after all his hours sitting on a John Deere. Bill would talk to anyone and everyone, his stories will be missed. He was preceded in death by his parents O.S. and Dorothy Teigen; brothers Gene Teigen, Clifford Teigen and Dale Teigen; and a sister Helen Teigen.

Services will take place in late spring or early summer.  Online condolences and memories may be shared by visiting www.schnackenbergfh.com.

Judy Anne Montgomery went to be with her Lord and Savior on Dec.  15, 2019, surrounded by her family. She was born on Sept. 3, 1952 to Jim and Ella Hutchinson in Eugene, Ore.; she was the third of five children. The family moved from Oregon to Washington and then to Libby in 1966 where she attended Libby High School.

She met Jim Montgomery and they were married on June 21, 1970. They lived in Troy, Libby, Washington, and then back to Troy on Bull Lake Road in 1980 where they raised their six sons. Judy was a beautiful and strong person and loved the Lord. She was loving, caring and would help anyone in need. She gave her all to her family and showed her love to all of those around her. She loved crocheting, quilting and doing other crafts and she also loved humming birds, flowers, walking, reading, playing her bass guitar, and hunting with Jim.