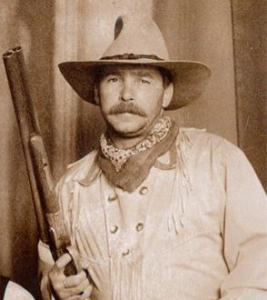 Long time Libby resident, Randy William Crill, passed away peacefully on Jan. 27, 2020, at Cabinet Peaks Medical Center with his sisters at his side. Randy was born to Harold and Jill (Giles) Crill on Feb. 21, 1959 in Brigham City, Utah. His family moved to Orrville, Ohio at age two, then to Libby, Mont. at age ten. Randy attended elementary school, Junior High and graduated from Libby High School in 1977. He remained in Libby his entire life. He loved Libby and spent as much time as he could outdoors.

Randy especially loved hunting with his dad and uncle Bill. He enjoyed gold panning, and tinkering on anything he could disassemble. It was often said throughout his life, “if Randy can’t fix it you should probably throw it away.” His favorite pastime was fishing anywhere with his faithful dog, Bear.

At Randy’s request, there will be no service at this time. A celebration of life is planned for this summer at a specified location of which Randy had chosen. He made it very clear he wanted his ashes spread at one of his favorite fishing holes.  Arrangements are by Schnackenberg Funeral Home in Libby. Online condolences and memories may be shared at www.schnackenbergfh.com.

She and her husband Robert W. Hintz moved from Anaheim, Calif. to Libby in 1972. Robert worked for Larry’s Furniture until his death in 1984.

Ginny managed the Park Apartments from 1972 until 1985. She opened the first pet shop “Wet Pets,” and located to two larger areas from 1975 –1978. “Pheffer,” a trained pet squirrel, did many tricks on command and drew much attention.  Ginny was a volunteer counselor for the Pregnancy Care Center for six years and enjoyed helping many young women through situations and trials. She also wrote the “Hintz Hints” column for The Montanian for many years, and gave helpful hints and ideas. She loved animals and painting.  Many of her oil and water color paintings are in Libby homes and businesses.  She was a long time member of the Libby Fine Arts group. When she lived in California, she was also Girl Friday to the famous actor Dana Andrews whose most noted movie was “Laura.”

Ginny was a member of Faith Bible Church for 19 years and was also a member of the Church of the Nazarene for the last many years.

Ginny’s great grand uncle was Robert E. Lee, general in the Civil War and related to Ensign John Conger of the Revolutionary War. She was preceded in death by her husband Robert W. Hintz.

Arrangements are by Schnackenberg Funeral Home in Libby.  Memorials may be made to the Pregnancy Care Center in her name.  Online condolences and memories may be shared at www.schnac kenbergfh.com.

Dale Herreid of Libby, Mont. passed away peacefully in the loving care of his son on Feb. 9, 2020 at Cabinet Peaks Medical Center just seventeen days after the love of his life, Marlene Herreid, made her journey to heaven. Even in death their love knew no boundaries.

Dale was born in Polson, Mont. to Ernest and Wilma Herreid on Dec. 27, 1937, the youngest of four children. Upon graduation from Polson High School in 1957, Dale proudly served his country by joining the U.S. Army. While stationed in New Jersey, he ran track for his unit’s track team.

Dale married his true love, Marlene McAlear, on Dec. 23, 1960.  They resided in Libby for a short time, later moving to Ontario, Ore. where Dale completed his plumbing apprenticeship. During their time in Oregon, they welcomed two children, Dean in 1965 and Loralee in 1967.

The family later returned to Libby where Dale worked on Libby Dam. When the dam was completed, work in the area slowed. Dale traveled wherever the union had work and would return on the weekends to spend time with his family and study to become a Master Journeyman Plumber. Upon obtaining his Master’s license, he and Marlene chose to become a larger part of their community by opening Libby Plumbing. This was a turning point in their lives and roots were set deep in Libby. Dale found joy in helping his customers and had a soft spot for those with small funds and large problems. It wasn’t unusual for Dale to receive a late night call for a plumbing emergency and he’d race off in his blue and yellow van. These calls were often paid for with homemade cookies or bread the next day. Dale will be remembered by locals for his business logo, with the likeness of his head poking out of a toilet and his motto, “A Flush Beats a Full House.”

Dale was very active in his children’s lives, attending school events, Boy Scout Leader and coaching his son’s Little League baseball team. When the kids were young, he would flood their backyard in the winter to create a skating rink for local children to enjoy. Marlene would serve hot cocoa and cookies and they both loved to supervise the fun. When this tradition outgrew their backyard, Dale petitioned the City of Libby and was allowed to create the ice rink at the Libby City Ball Field. With the assistance of the Libby Volunteer Fire Department, a new tradition was started.

Dale later built a house on Upper Thompson Lake for all to enjoy. He loved the challenge of teaching young and old how to water ski. It was not unusual to have over ten children lined up on the dock waiting for their turn to ski or accept Dale’s challenge to stay on the inner tube while he danced them around the lake.

Dale was also active in the Libby Kiwanis and Fisher River Fire Department, where he became an EMT at the age of 67 and a devoted member of the fire department.

A service and remembrance for Dale will be at 11a.m. on Saturday, Feb. 22 at the United Methodist Church, 713 Main Avenue. A celebration of life and interment of ashes will be in August at the Lakeview Cemetery, Polson, Mont. Arrangements are by Schnackenberg Funeral Home in Libby. Online condolences and memories may be shared at www.schnackenberg fh.com.