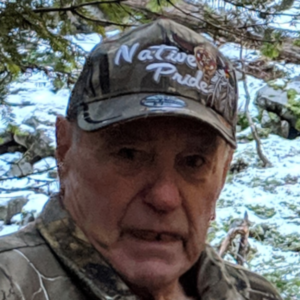 Glenn Hescock, 84, died Sept 28 at home in Troy, Mont. with his loving wife Doris, her son Wayne (Nancy) and his three children, Maria (Tom) Fuhrmann, Doug (Carol) Hescock, and Melissa Hescock, at his side. He was born on June 12, 1935 to Wilber and Patricia Hescock.

Donations, if desired, can be made to the American Cancer Society. Arrangements are by Schnackenberg Funeral Home in Libby, Mont.  Online condolences and memories may be shared at www.schnackenberg fh.com.

David Lenz Domino, 52, passed away on Friday, Sept. 6 at his home in Libby, Mont. David was born in Milwaukee, Wis. to Judith and Ronald Domino and was the oldest of three children.

At a very young age, David had a passion for hunting which led to his love for archery.

After graduating, he attended the Montana College of Mineral Science and found enjoyment in finding and collecting rare stones and hidden items from the past.

Throughout David’s life, he found employment at the local mill and mines, was a taxidermist and a darn good hunting guide in Montana. If he wasn’t sleeping, you could probably find him out scouting, hunting, trapping, fishing, or hiking.

The locals called him “Super Dave,” but he was the most humble soul and was a great friend to many.

David was preceded in death by his parents; and brother, Mark. He is survived by his sister Stefania; nephew, Taylor; and niece, Brekel in Spokane, Wash.; as well as his closest cousins, Jim, Korrie, Jessica, and Patti.

David was a true Montana man with a gentle heart. The family will be having a memorial in the spring to celebrate David’s life. He loved beyond measure and will be missed greatly.

Philip M. Peterson, 55, passed away on Thursday, Oct. 3 at Kalispell Regional Medical Center from long standing health problems.  He was born in Libby on April 16, 1964 to Harold and Dorothy Peterson. He attended Libby Public Schools. He served in the US Army.

Philip was preceded in death by his father Harold, and brothers, James and Dale.

No services are planned at this time. Arrangements are by Schnackenberg Funeral Home in Libby. Online condolences and memories may be shared at www.schnackenbergfh.com.