Ardith Christine (Hutton) Myhre, age 90, passed away on Oct. 21, in Libby, Mont. at Cabinet Peaks Medical Center. She was born on Feb. 21, 1930 in Libby, Mont. to Harold (Happy) Hutton and Evelyn (Mauer) Hutton on the family homestead. She was the 3rd oldest of their 16 children, which made her stubborn and strong as she helped raise her younger siblings.

She loved to fish, garden, crochet and loved children to name a few! She was an amazing cook and would always cook and bake enough to feed an army. Ardith married Harry Leavitt in 1950 and they had 3 children. They later divorced. She married George Myhre in 1967 in Libby, Mont. She worked at bailing Christmas trees; she cooked in several restaurants in Libby, and was a custodial aid for the Libby Public Schools. She is survived by brothers, Lorne “Jim” Hutton and Mont. Hutton both of Libby; sisters Betty (Clyde) Ross  of Libby; Judy Tullners of Spokane, Wash; and Margie (Junior) Johnson of Libby; daughters Cathy (Jim) Haines of Odessa, Wash, and Mardelle Keefer of Libby; grandchildren, Susan, Alicea, and Heidi, all of Spokane, Wash. Steven Leavitt of Libby; Tanyaa (Troy) Kilham, Moses Lake, Wash.; Michael Haines, Spokane, Wash. Jeremy Haines, Moses Lake, Wash. Amanda (Ryan) Dunn, Melessa (Ryan) Medlinger both of Missoula, Mont. and Tim (Amber) Keefer of Columbia Falls, Mont; numerous great grandchildren and great great grandchildren and nieces and nephews. Preceding her in death are her parents Harold and Evelyn Hutton, her husband George Myhre, sisters Virgeen Campbell, Shirley Kihs, Marcia Madison and brothers Charles, Donald, Jack, Maurice, Larry, Kennith and Cleve Hutton and a son Steve Leavitt. We are not looking at this as what we lost in her passing but as what we gained from her life! She will be missed. Viewing will be from 1p.m. – 7 p.m., Friday, Nov. 6  at Schnackenberg Funeral home in Libby. Funeral services will be Saturday, Nov. 7, at 2 p.m. at the funeral home.  Arrangements are by Schnackenberg Funeral Home in Libby Mont.

Dustin was a talented  and creative artist, he had a hilarious  sense of humor, and was smart beyond his years always. He loved Montana, fishing, and camping. He loved all the outdoor fun he and his dad had in Elko, Nev. Loved and remembered by many. And we’ll miss those beautiful curly blond locks and that mischievous smile. 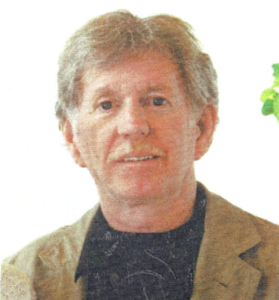 Richard (Rick) Wilkonski, 69 a long time resident of Libby Mont. Passed away on Oct. 17. Rick was born in Strasbourg, France and immigrated too the United States with his parents, Marliese and Henry Wilkonski and younger sister, Christine Wilkonski, at the age of four. The young family settled in Libby Mont. Where Rick attended local schools and played the trumpet in the band. Rick excelled in school, especially in math and science. He joined the United States Navy and served for 2 years as a corpsman. He received an honorable discharge. After leaving the Navy Rick attended collage in Bozeman and Missoula. He spent the summers working as a wilderness guard and spent the fire season at a lookout on Scenery Mountain. After college Rick started his career in accounting with the IRS before returning to Libby where he made his home until moving to Florida in 2017.  Montana called Rick back home, where he Established an accounting office in Libby “R.H Wilkonski Accounting” and he spent a large portion of his time helping local residents with their small business accounting needs and tax returns.  He met and married Pam Peterson in 2000 and they built a home on the Kootenai River Road over looking  Quartz Creek. Rick enjoyed living in the country , traveling both domestical and abroad where he spent his time getting to know French family, hiking, reading and spending time with his wife, Pam. Rick had a bucket list which was very diverse, and he left this earth having fulfilled many of the item son his list. He lived a full life, crossing off several items, leaving a bucket certainly more empty than full.  He was preceded in death by both his parents, Henry and Marliese Wilkonski, his mother in law Helen Peterson and brother in law Tom Peterson. He is survived by his wife Pam Wilkonski of Libby, four sisters Christine Wilkonski, Tami Hunter, Sue Kukus, and Renee Wilkonski-Larson. Three brothers Mike Wilkonski, Ron Wilkonski and John Wilkonski. 5 nephews and 2 nieces, a sister in law Ann and a brother in law John. He also leaves behind several aunts, uncles and cousins in both the United States and France. Rick will be cremated and returned to rest in Libby Mont. A private family memorial service will be held in summer when Rick’s ashes will be scatter on a beautiful mountain overlooking the peaceful Kootenai River Valley, which was his beloved home for years. 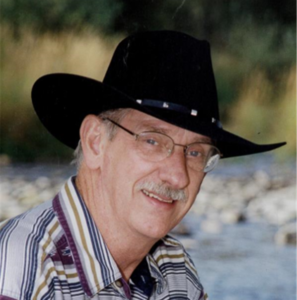 Roger D. French, 80, died on Thursday, Oct. 29. at Libby Care Center.  He was born on March 29, 1940 at Kalispell to Merle and Beth (Ricker) French, the youngest of 4 boys. His youngest brother Gary couldn’t say Roger so he gave him the nickname “Pudgie” which stuck with him through high school.  He attended Flathead schools and graduated from Flathead High School in 1958.Roger enlisted in the US Air Force and served 4 years, stationed for most of that time in Reykjavik, Iceland.  He was honorably discharged in 1962.  He worked for Boeing in Seattle for 1 year before he returned to Montana to work at the mill in Libby.  Roger married Sandi Hayes on June 8, 1963.  They had 3 children, Kayley, Cindy and Kevin.  They later divorced. Roger worked at St. Regis Lumber Company until 1993, except for a year stint as “The Culligan Man” in Kalispell.  He managed the Park Apartments until he retired in 2005.  He loved to sing karaoke, visit antique stores, model trains, and he tinkered around making things like walking sticks.  Roger was preceded in death by both parents and beloved stepfather Roy Edwards, and his brothers Ellis, Marlin and Gary. Survivors include his children Kayley Robertson (Jeff), Libby; Cindy Parsons (Brad), Gillette, WY; and Kevin French (Sharla), Rock Springs, WY; 14 grandchildren and 10 great-grandchildren; and special friend Donna Wright. Services will be held in the spring of 2021.  Memorials may be made to Libby VFW or Libby American Legion.  Arrangements are by Schnackenberg Funeral Home in Libby. 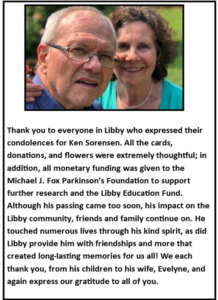