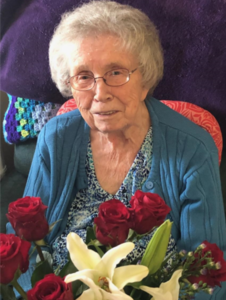 With her son by her side, Heavenly Father gently took Helen Mar Bledsoe by the hand and led her home to be with the Lord on Jan. 12 at the age of 90. Helen Mar was born July 27, 1930 in Berkeley, Calif.  to Martin Clarence Buell and Helen Henrietta McCulloch Buell.

While still in high school, Helen was active in the International Order of the Rainbow, a Masonic youth service organization for girls which teaches leadership training through community service. She carried the values learned while in the Rainbow Girls throughout her life.

Helen’s first job after High School was working as an operator for Bell Telephone in the San Francisco Bay Area.

While in the Marine Corps, Helen met and married Otis Wayne Bledsoe, a career Marine. Together they had six children; David, Laura Ann, Kathryn, Deborah, Timothy and Cyrus.

Helen loved her dapper Marine husband and supported his military service career, moving the family to multiple duty stations and managing the homefront during his multiple deployments to S. Korea in the 1950’s and S. Viet Nam in the 1960’s.

During his last deployment to Viet Nam in 1969, Helen moved with her children to Libby, Mont., where she became an active member of the community and St. John Lutheran Church.

While her children were growing up, Helen was active in PTA, served as a Cub Scout/Boy Scout Den Mother and helped her children with school activities.

After moving to Libby, she worked as an Administrative Assistance for Dr. Wallestad for three years. In 1976, she began work at St. John Lutheran Hospital (now Cabinet Peaks) where she worked until retirement; continuing volunteer work at the hospital after she retired.

Helen was a longstanding member of a support group for Women in the USMC.

She was a lifetime member of The Lutheran Church MO. Synod and a faithful Ambassador for Christ in everything she did. She served in the St. John’s Hospital Women’s Auxiliary, and the St John’s Lutheran Church LWML (Lutheran Women’s Missionary League), attending several conferences over the years. She also served as an Alter Guild.

Helen was preceded in death by her husband, Otis Wayne Bledsoe in 1995, her parents; Martin and Helen Buell, and her brothers Martin and Robert and sister-in-law Rosemary Buell.

In lieu of flowers, Helen requested donations be made to the Veteran’s Memorial Bricks in Libby.

Arrangements are by Schnackenberg Funeral Home in Libby. Online condolences and memories may be
shared by visiting www.schnackenbergfh.com. 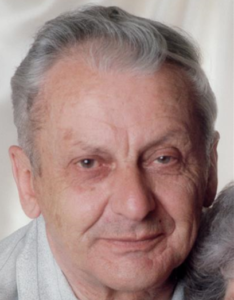 Richard and his dad drove to Libby to look for work at the saw mill. Along the way they stopped and worked at hay fields to get gas money and were fed well. Once they arrived in Libby, they both found jobs at the saw mill. In 1949, Emily and Kenneth joined them.

Richard enlisted in the US Air Force in 1951. He began Morse code training in TX. He was at the top of his class and so able to pick anywhere in the world to be stationed. He chose Germany and loved it. In 1955, he received his Honorable Discharge and returned to Libby. He met June, the love of his life, in 1956. Richard was devastated when she passed away in 1996. In 1961, Richard began to work at the U.S. Post Office in Libby and worked there until his retirement in 1994.

Oh how he loved to tease June, his children, family and friends. He was a prolific reader of newspapers, westerns, history and Lewis and Clark. He was our poker and cribbage king! Richard was a proud Swede and military veteran.

Richard’s family is comforted in knowing he is with June; twins, Jamie and Jeannie; his parents; sisters, Ellen and Ethel and brother, Kenneth. The family wishes to thank June and Richard for teaching them manners; for those dreaded cold early morning swimming lessons; and for putting the Lord in their hearts. Richard lived by the motto: Your word is your
honor and a handshake is your bond.

May you rest in peace! Good-night Irene.

Arrangements were under the care of Schnackenberg Funeral Home of Libby. Online condolences and
memories may be shared
by visiting www.schnackenbergfh.com. 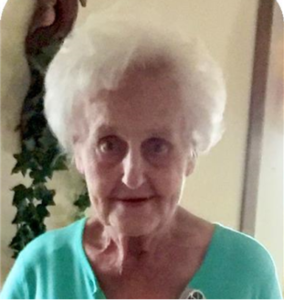 On Monday January 18, Kathleen Peters, loving mother and grandmother, passed away at the age of 86. She was born on Aug. 16, 1934 in Cleveland, Ohio. She graduated High School in 1952.

She married Warren Fittro and they moved to Libby, Mont.  in 1957. Together they had 5 children, Bob, Russel, Ramona, Georgia, & Colleen. They settled in Troy, Mont. in 1973 and bought Jack’s Cafe which Kathy ran for the next 44 years.

She had many loyal customers, shake-a-day coffee drinkers and friends at the cafe. She married Al Peters in 1981 and they spent many happy years on Savage Lake.

Kathy had many passions. She was very adventurous, an avid fisherman and would take off and go camping on a whim. Traveling for bowling was one of her favorite pastimes. She was a 50 year member of the Order of the Eastern Star. She loved animals and always had a furry friend by her side. Her breakfast, Prime Rib Saturday nights and lunch specials will be greatly missed.

Her kids and grandkids were her pride and joy. She was caring and looked out for everyone and made sure nobody went without.

Kathy wants you to know “Just order the special” and “Don’t ask for a menu”. Kathy is preceded in death by her husbands, Warren Fittro and Al Peters; as well as many loyal customers she considered family.

Visitation will be from 1-5 p.m., Sunday, Jan. 24, at the Schnackenberg Funeral Home in Libby. Services will be at 11 a.m., Monday, Jan. 25, at Troy Community Baptist Church with a reception to follow.

Arrangements are by Schnackenberg Funeral Home in Libby. Online condolences or memories may be shared atwww.schnackenbergfh.com. 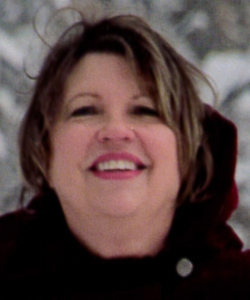 Joan was born May 20, 1958 to Toivo and Agnes Luoma in Cloquet, Minn. She married Lonnie Fosgate May 20, 1978 and they have four children – Annette Fosgate, Jason Fosgate, Ben (Laura) Fosgate, and Becky (Justin) Pickar. The Fosgate family moved to Libby, Mont. in 1990, where they all currently reside.

Joan’s life was dedicated to loving her God and her family well. The love of her life was her husband, Lonnie. The unconditional love and respect they demonstrated for each other on a daily basis was a living example of a godly marriage to many, especially to their children.

She homeschooled her children, training them in academics and also in godly character. Joan’s passion in life was to know God more and to make Him known to others. She loved studying and teaching the Word of God, and encouraging others in their pursuit of the Lord. Joan delighted in homemaking, and created not just a happy home, but a peaceful, loving refuge for all who came through her door.

Joan was also an integral part of her husband’s many local businesses. Her great joy in later years was spending time with her eight grandchildren.

Joan is survived by her husband, Lonnie, her four children, eight grandchildren, and brother.

“Strength and honor are her clothing; she shall rejoice in time to come. Her children rise up and call her blessed; her husband also, and he praises her: ‘Many daughters have done well, but you excel them all.’” Proverbs 31:25, 28-29

Funeral services will be Thursday Jan. 28,  at 1 p.m. at the Libby Assembly of God Church.

Local arrangements are by Schnackenberg Funeral Home Libby, Mont. On line condolences can be sent to schnackenberfh.com