LaMar was born to Earl and Ida (Brookbush) Lindsay on September 2, 1930 in Libby, where he resided his entire life.

He married Edna Koch in 1949. They shared 67 years of marriage. LaMar and Edna had 4 children, all born and raised in
Libby.

LaMar was an avid hunter and fisherman.
He enjoyed many years of hunting, boating, fishing, playing pinochle, and square dancing.

He worked 43 years at the Libby mill, 14 of those years were with the Fire Protection department.

For many years, the family spent time at Horseshoe Lake, Crystal Lake and Lake Koocanusa enjoying LaMar’s many different boats.

Services for LaMar were held on Friday,
May 28, 2021 at Schnackenberg Funeral Home in Libby.

Rod was raised in Sandpoint, Idaho, graduated from Sandpoint High School in 1972, then went on to earn a Bachelor’s degree in Business from The University of Idaho.

He began working full time for GTE, and it was during this time, while working in a hole locating a phone line, that he met his future wife, Kris. They wed in September, 1977, and added two sons and a daughter to the family over the next few years.

They moved to Troy, Mont. in 1985 where
Rod continued working in
telephone communications until his retirement in 2015.

Rod was happiest when surrounded by his family. He enjoyed telling stories to get people laughing, spending time on the floor playing with grandkids, and sneaking treats to his granddogs. Rod also loved hunting, fishing, raising birds,
gardening, and visiting with his countless telephone customers over
his 39-year career.

In remembrance of Rod and in lieu of cards or flowers, his family would request that you donate to a local youth sports organization.

A memorial service will be held at a later date. 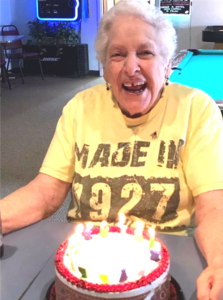 I would like to thank VFW Post #1548 and the Auxiliary for putting on the Birthday Party in my honor this past week.

I would also like to thank all of you who attended my Birthday Party. I really enjoyed seeing all of you and I’m sorry that I didn’t get around and visit as much as I wish had been possible. 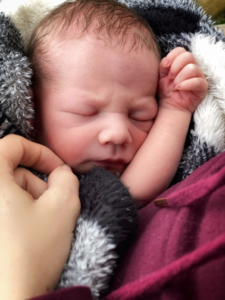 and measured 19 inches long, and was welcomed by his

and Bret and Valerie Sweisthal from Lakebay, Wash.