At the age of 95 he was a father, husband, grandfather, veteran, and dear friend to all who knew him.

Originally from
Ellensburg, Wash., Ben found his home on a quiet bend of the Kootenai
River in Libby when he retired. As he used to say, he didn’t need to go on vacation because he was on vacation every day.

Ben is remembered
as a gentle giant with a sharp intellect and love
of learning. His wife of 66 years, Shirley, described him as “good to the core.”

He had interest from a professional football team but stayed home to take care of his mother after his father died.

He later enlisted in the Marine Corps during World War II, where he served in a tank battalion in China. His knack for estimating long distances that he’d learned on the
family farm came in handy operating the
tank gun.

After the war, Ben worked on the Alaska Highway construction
and later worked as a
mechanic at a service
station in Ballard, Wash. There, he met his lifelong friend, Jerry Allen.

As a friend to the
Allen family, Ben was
introduced to Jerry’s younger sister, Shirley. He sometimes had the chance to drive Shirley to school before work. Ben and Shirley eventually fell in love and married in 1954. Soon after, they had a son they named Jerry.

Ben spent 26 years
as heavy equipment
mechanic for Everett Steel where he worked on large
industrial equipment.
He loved problem solving, particularly the logistics of moving heavy equipment from one place to another.

When he retired in 1992, he and Shirley
decided to leave their home in Edmonds, Wash. and ventured east to
Montana. In Libby, Ben fulfilled a longtime desire to live outside the city.

Ben was active in the Rocky Mountain Elk
Foundation and volunteered to work on several committees including Nordicfest. He spent his days reading just about anything he could get his hands on and working on projects around the house.

For his 70th birthday, his family put together
a surprise party at a
favorite local bar, Red Dog Saloon & Pizza. At least 40 people attended. It was enough of a crowd that some of the visitors pitched tents in Ben and Shirley’s yard. At the
party, he told his son in utter astonishment,

“I can’t believe all these people came for me.”

Ben would spend hours on his computer researching science and engineering and reading articles written by his granddaughter, Madison. He mowed the lawn and chopped down firewood right up until the end.

He is survived by his wife, Shirley; his son, Jerry; his daughter-in-law, Sally; and granddaughter, Madison.

Services will be held at 10:00 a.m. on Thursday, July 8, at Schnackenberg Funeral Home in Libby.

Online condolences
and memories may be
shared online by visiting: www.schnackenbergfh.com. 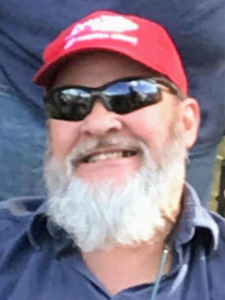 Jim worked for the railroad for 30 years, many with Burlington Northern Santa Fe, before a back injury forced him into early retirement.

Jim was a gregarious man best known for being quite the storyteller. He could light up a room with his expressions, tall tales and colorful language. He had a story for everything and a nickname for all.

Jim was hardheaded, sarcastic, and always had to have the last word. He was the type of man that knew exactly what he stood for and had no problem letting people know what his principles were.

His heart was huge and he would give the shirt off his back to
anyone who needed it.

Jim could always be found in the outdoors where he was happiest. He loved hunting for “critters” big and small, fishing, and shooting.
Other passions were his friends, the woman he loved, and he would
burn the tires down on anything fast.

Jim was preceded in death by his mother.

Memorial donations may be made in Jim’s
honor to the National
Rifle Association:
donate.nra.org/donate

She died of natural causes stemming from a life of multiple diseases and physical hardships. She will be greatly
missed by all those who were fortunate enough
to know her.

She praised God through trials and
triumphs alike, and was
a great inspiration to her husband John and many others. Her endearing smiles and warm hugs will be missed. John looks forward to the day when they will be reunited in heaven.

A dual service will be held for Evelyn and John’s mother, Mildred, at 2:00 p.m. on Saturday, July 10 at the Troy Community Baptist Church.

A pot luck dinner will follow the graveside ceremony to be held at Milnor Lake Cemetery.