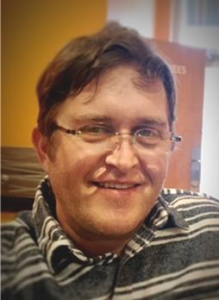 Glenn Dee Johnson, 44, our loyal, hard-
working and cherished
husband, father, brother, uncle and friend returned to the loving arms of his Heavenly Father on
August 24, 2021, after a courageous battle with melanoma cancer.

Glenn was born in Oregon City, Ore. on
January 27, 1977 to
Marlene and Clifford Johnson and was the
oldest to three siblings. He was raised in Libby, MT and John Day, Ore., and returned to Oregon City during high school where he lived with his grandparents, Bernice and Charles (Chuck)
Jenson with whom he shared a special bond.
He graduated Oregon
City High School with
his diploma in 1995.

At age 19, he served in the Charleston, W. Va. and Washington, D.C. North missions on behalf of the Church of Jesus Christ of Latter-day Saints. Both missions were ASL (American Sign Language), a language skill he learned as a child growing up with a deaf father and sister.

After his mission, Glenn married his high school sweetheart, Emily Boice, for time and all eternity in the Portland, Ore. Temple. He loved fiercely and worked hard, always making sure his family was taken care
of before his needs. His creative spirit led him to tile work where he used his artistic talents to
design and create beauty in homes. He was always serving extended family when he could.

Glenn enjoyed hunting and especially loved
fishing, where he would spend quiet and cherished moments with his children. Nothing gave him more joy than his family, which was evident in how he served them. Glenn created the most extraordinary, elaborate and whimsical birthday cakes for his children
and wife. He was easily comfortable being
covered in glitter after creating projects with
his daughters as he was chopping firewood for
his family.

He was a stalwart
and committed member of the Church of Jesus Christ of Latter-day Saints, serving faithfully in many capacities. He had a clear understanding and strong testimony of the truthfulness of the gospel of Jesus Christ.

His loyalty was un-wavering and his kindness unmatched. He
was valiant as he fought cancer three different times throughout his adult life, finally
succumbing to this last battle, surrounded by his wife and five children.

Funeral services
for Glenn were held on Saturday, August 28 at The Church of Jesus Christ of Latter-day Saints in Libby, Mont.

The family wishes to thank the great clinicians at Huntsman Cancer
Institute and the team at Northwest Oncology
Hematology in Kalispell.

Online condolences and memories may be at www.schnackenbergfh.com.

WELCOME TO THE WORLD 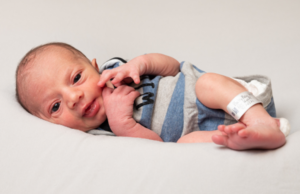 Octavious Aziel Brown weighed in at

He was delivered by Dr. Jana Hall. 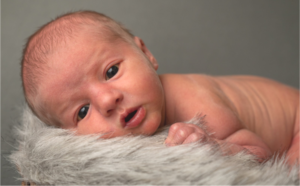 He was delivered by Joyce Vogel, Midwife.