Louise E.  Raper, 79, of Troy died on Wednesday, Nov. 17, 2021 at her home in Troy of natural causes.  She was born on Feb. 23, 1942 at Kerrville, Texas to Bill and LaNell Orcutt. She attended high school at Central High in Tulsa, Oklahoma.  She had an Associate’s Degree in Electrical and Mechanical Drafting from Tulsa Tech.

Louise married L. B. (Buddy) Harp.  She married Gene L. Raper, the love of her life, on July 15, 1973 in Miami, Okla. She worked for the U.S. Government, and designed switch boxes for the Alaska Pipeline and the electric systems for U.S. Navy nuclear submarines.

She was preceded in death by her parents William and LaNell Orcutt, and a daughter Bobbi Dougherty.

Arrangements are by Schnackenberg Funeral Home in Libby.  Online condolences and memories may be shared at www.schnack enbergfh.com. 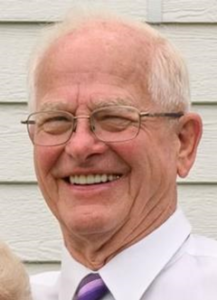 Bill lived in Billings most of his life, graduating from Billings Senior High in 1958. He started driving semi-trucks for his father’s business, B&B Trucking, at the age of 15 and didn’t stop driving until he was 70. After spending years driving for the family business, in 1976 he switched to locally hauling gravel for Midland Materials. Bill quickly got bored with driving in town and wanted to get back to the open road. He was soon making cross country trips with Garrett Freightlines. In 1984, Bill moved to Libby, Mont. and started his final job hauling propane all over the state of Montana and Canada for PTI (formally known as Petrolane Propane).

On May 20, 1962, Bill married Wilma Jean Petersen from Emblem, Wyo. They had two daughters, Shelly and Vickie. Bill and Wilma were married for 59 and a half years, spending the last 12 years together in retirement in Libby, Mont. Bill was an active member of the Libby community, volunteering with the Sons of Norway, Nordic Fest, and St. John’s Lutheran Church. He could be seen around the neighborhood and enjoyed working in the yard and chatting with passersby.

We will be celebrating the life of Bill Dawson at his burial in Emblem, Wyo. at a later date to be determined.

We will miss you, Dad, and all your trucking stories. There was not a place in Montana that you had not been and had a story from. Somehow in your stories you were always driving through a blizzard, even in the middle of summer. Now you are driving the ultimate semi-truck on the ultimate highway in Heaven.

Arrangements are by Schnackenberg Funeral Home in Libby.  Online condolences and memories may be shared at www.schnack enbergfh.com.

Heidi was born March 23, 1981, in Troy, Mont. to Tim and Rebekah Schertel. Heidi grew up in Troy and Libby, Mont., and graduated from Libby High School in 1999. She attended Trinity Bible College in N.D., and worked as a lifeguard and at the Blue Heron Inn in Yakutat, Alaska.

Heidi married Herb Holcomb Oct. 7, 2000, and they made their home in Yakutat, where they were active in the local church and the logging and fishing industries. Heidi and her sister, Heather, arranged and directed the Yakutat Community Christmas Eve Program, performed each year at the Alaska Native Brotherhood Hall.

A devoted wife and mother, and a dearly loved daughter, sister, niece and friend, Heidi enjoyed her seven children, homeschooling, gardening and music. She was highly respected and deeply loved by her family and the people of Yakutat.

Heidi was preceded in death by her grandfathers, Edwin Jacobson and Rupert Schertel. She is survived by her grandmothers, Dorcas Schertel and Sharon Jacobson, by her parents, Tim and Rebekah Schertel, all of Libby Mont., sister, Heather (Curt) Holcomb, Yakutat Alaska, brother, Tim (Christina),Schertel, Troy, Mont, husband, Herb, children: Caleb, Jasmine, Jade, Eleanor, Abigail, Danielle, and Vivian, all of Yakutat, Alaska, and 14 nieces and nephews.

Heidi’s life and legacy were celebrated at the Assembly of God Church in Yakutat, Alaska on Nov. 19.