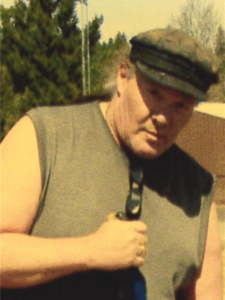 Charles Fredrick McFarland, 63 of Libby, Mont. passed away at his home on November 16 of natural causes.  He was born April 20, 1958 in Hartford, Conn. to Charles Anderson and Mary Ann (Quinn) McFarland.  Charles grew up in Wethersfield, Conn. and graduated from Wethersfield High School.  He spent time in California where he worked as a CNA at the Sonoma Care Center and for the Sonoma Pallet Company for 20 years.

They came to Montana in the late 1990’s.  He was married to Karen Jo who passed away September 17, 2008.  While in Libby, Charles worked as an advertisement salesman for the Western News.  After the loss of his wife Charles always felt very blessed because he was able to love again.  He married Robynn on September 18, 2010 here in Libby where they made their home.

Charles served with the Libby Volunteer Ambulance for 10 years and was an integral part of the building of the Libby Volunteer Ambulance Barn.  He also volunteered at the Heritage Museum.  Charles was a member of Libby Christian Church where he took part in the Celebrate Recovery Ministry and the Stephen Ministry. He will be dearly missed by his family and friends. Charles was preceded in death by his parents, Charles and Mary; and wife, Karen Jo.

Arrangements are under the care of Schnackenberg Funeral Home.  Online condolences and memories may be shared by visiting www.schnackenbergfh.com.

Marla R. Hanson, 67, of Libby, Mont. passed away Sunday, November 28, at Logan Health Medical Center in Kalispell, Mont. She was born October 29, 1954 in Glascow, Mont. to Roy and Mary (Robbins) Hanson. Her family moved to Missoula where she attended school through the 8th grade. They then moved to Columbia Falls for one year before moving to Whitefish, Mont. where she finished high school, graduating from Whitefish High School in 1972.

Marla attended the University of Montana in 1974-1975 and then returned to Whitefish where she worked at the Bay Point Resort until 1978.  At that time, she moved to Libby to be closer to her family.  Marla worked for Blue Mountain Answering Service for 13 years.  She returned to school at the University of Montana, studying to become a teacher. She, unfortunately, became ill and was forced to return to Libby because of her health.  Marla was an avid reader and enjoyed playing cards and spending time with her family. She will be missed by all who loved her.

Graveside services for Marla will be 1:00 p.m. Tuesday, December 7 at the City of Libby Cemetery.

Arrangements are under the care of Schnackenberg Funeral Home in Libby.  Online condolences and memories may be shared by visiting www.schnackenbergfh.com. 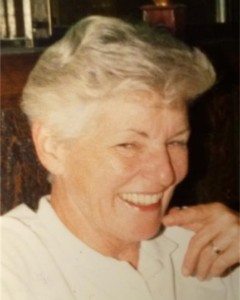 Alice (“Shirley”) Thompson Collier (nee) Bowen passed on to join her family and loved ones in heaven November 21, at Logan Health in Kalispell, Mont. Shirley was born December 30, 1936 in Libby, Mont. to “Woody” and “Toots” Bowen. During high school Shirley worked at the Blue Bear Café making sodas and shakes. Shirley was a blue-eyed, curly haired sprite who made a perfect tumbler and even competed at a state level as a twirler. Shirley married Dick Thompson and they had five children. In 1966 a logging accident left Shirley a young widow. She met a man, Mike Collier, who was brave enough to take on a wife and five young children. A few years later her family grew again with the birth of her sixth and final baby.

For most of her life Shirley happily worked as a stay at home mom, though she had her stints working part time for Hafferman’s Liquor Store and The Tog Shop, and also served as a school volunteer. Shirley was instrumental in starting a hot lunch program at McGrade Elementary School.

In later years, Shirley worked at the Libby Community Thrift Store and helped with community blood drives. Shirley’s main life focus was her family, home and garden. A meticulous home maker, an excellent gardener and an extraordinary cook, nothing made Shirley happier than a house full of family to cook for. Shirley was an amazing wife, and the most loving and supportive mom that any child could ask for.

Whether you called her Shirley, Mom, Gram, Baby Gram or Crazy Gram, she represented love to all of us.

Services will be at 1:00 p.m., Thursday, December 9, at the Assembly of God Church in Libby.

Jo A. Lundin, 73, of Troy, died on Tuesday, November 30, at Cabinet Peaks Medical Center in Libby. 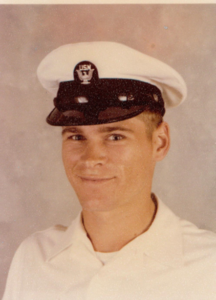 Richard Cy McPherson, 64, of Libby, Mont. passed away suddenly on Saturday, November 20, from natural causes with his wife by his side. He was born July 17, 1957 in Prosser, Wash. to Richard Gary and Edith Ellen (Midland) McPherson. In his young years, he enjoyed floating the Yakama River and picking mushrooms (you know, the fun kind).  Richard loved being outdoors enjoying nature.

Richard joined the United States Marine Corps in 1974 at the age of 17 and was Honorably Discharged in 1980. He then joined the United States Navy in 1980 and was Honorably Discharged in 1985. He met his wife, Jody Doney, in May of 2005 in Helena, Mont., where they resided until 2011 when they moved to Libby to be closer to their grandkids.  His favorite hobby was going on walks and collecting rocks. He spent hours polishing, painting, modge podging and transforming them into something beautiful. He was able to see something in the rocks that nobody else could see.  Richard enjoyed passing on his masterpieces to those he loved and cared about.  He was preceded in death by his father, Richard McPherson and brother, Kelly McPherson.

Survivors include his wife, Jody McPherson of Libby; children Becky and Joe of AZ, Edward and Ashley of SC, Sarah and Billy of MT; 7 grandchildren; mother, Edith Miller of WA; sisters, Laura (Lee) Glidewell of WA and Karen (Steve) Thornock of WA.  A Memorial Service will be 1:00 p.m. Saturday, December 11, 2021 at the VFW in Libby.  Arrangements were under the care of Schnackenberg Funeral Home of Libby, MT.  Online condolences and memories may be shared by visiting www.schnackenbergfh.com. 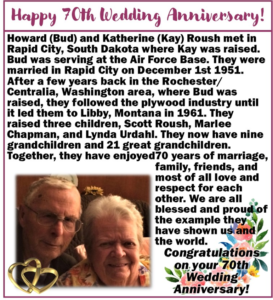