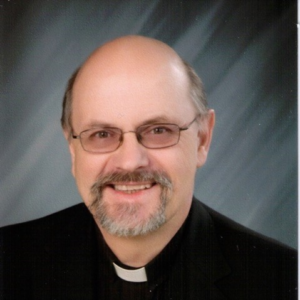 Father Richard Anton Kluk died the morning of December 8, after a long illness and hospitalization at the Logan Medical Center in Kalispell, Mont. He was 68 and served as a priest for 11 years.

Richard Anton Kluk was born February 12, 1953, in Logan, Illinois, the son of George and Helen Kluk.  He has a brother, Thomas, and a sister, Eva.  He attended Catholic Schools and graduated from Marist High School in Chicago in May of 1971. His college education was at the University of Arizona, South Suburban College in Illinois, and Loyola University of Chicago, from where he received a Bachelor of Science degree in Biology in 1975.  In June 1977, he completed Nuclear Medicine Technology Certification and in 1979 he received a Master of Science in Computer Science from DePaul University.

Richard worked for Ingalls Memorial Hospital, Northrop Corporation, Telos Corporation, and for United Defense Ltd in California; for Honeywell in Albuquerque and for Raytheon in Lompoc, California.

He served as a Deacon at the Anaconda Catholic Community, which also was his initial priest assignment.  His other priestly assignments included St. Joseph Parish in Harlowton and St. Bartholomew Parish in White Sulphur Springs; St. William Parish in Shelby with St. Thomas Mission in Sunburst, and St. Margaret Parish in Cut Bank, and St. Francis Parish in Valier; SS Cyril and Methodius Parish, East Helena, and Holy Cross Parish, Townsend.  Since July 1, 2017, he has been the Administrator of St. Joseph Parish in Libby with Immaculate Conception Mission in Troy.

He was preceded in death by his parents, George and Helen Kluk.  Survivors include his brother, Thomas and sister, Eva Kuzmanich.

The Vigil Service will be 7p.m. Wednesday, December 15, at St. Joseph Catholic Church in Libby.  Bishop Austin Vetter will celebrate the Funeral Mass at 1 p.m. Thursday, December 16, at St Joseph Catholic Church.  He will be buried at the family plat at Holy Sepulchre Cemetery in Worth, Illinois.  Arrangements are under the care of Schnackenberg Funeral Home of Libby.  Online condolences and memories may be shared by visiting www.schnackenbergfh.com. 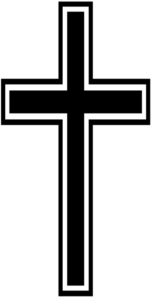 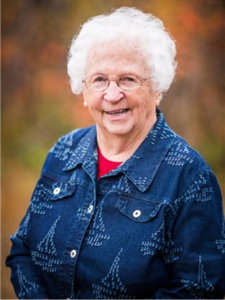 Norma Theresa Munro was born on November 14, 1926 and passed on December 9, at the age of 95.  She was one of 12 brothers and sisters raised on a farm in Fairfield, Montana and graduated from the Sacred Heart School of Nursing in 1948.  After Nursing school, Norma moved to Libby where she met and married Raymond P Munro.  They had four children, Raymond Craig Munro (Debbie), Kerry Beasley (Jim), Patty McGill (Curt), and Mike Munro (Dori).  Norma remained young at heart, often inspiring her six grandchildren:  Kerry Ann, Michelle, Matthew, Jessica, Melanie, and Molly and sixteen great-grandchildren.

Good natured, compassionate, unique, intelligent, and spirited, Norma’s life revolved around her faith, family, and friends.  She spent her life serving others: in her community, in her family, and in her career as a nurse.  Norma worked hard to support her family but she also lived a life worth living as a fisher-woman, a hunter, a huckleberry picker, and card player.  With an open heart full of unconditional love, no one felt like a stranger around Norma and she often greeted others with a hug – even if you have started to extend your hand for a shake.

Norma’s life journey was grounded and directed by her faith, she allowed God’s light to shine through her and she claimed His strength to hold her up.  Norma believed:  “His love lasts a lifetime”, and Norma’s love will surely continue in each of our lives.

You are invited to a Celebration of Life at 10 a.m. Friday, December 17 at St. Joseph Catholic Church in Libby, with a reception to follow.  A visitation for Norma will be 1-7 p.m. Thursday, December 16, at Schnackenberg Funeral Home with Rosary at 7 p.m.  To honor Norma’s life, we ask you to think about reaching out daily with compassion to others, even with just a simple hug.  Arrangements are under the care of Schnackenberg Funeral Home.  Online condolences and memories may be shared by visiting www.schnackenbergfh.com.