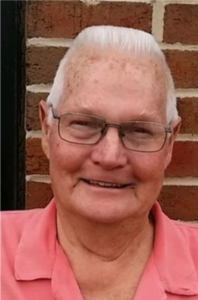 William (Bill) Edward Armour passed away on March 11,  in Libby, Mont. He was born on August 1, 1938 in Boston, Massachusetts to the late William Charles Armour and Alice Wanita Faulkner. After graduation from Culver City HS in California, Bill enlisted in the Army where completed a tour in Korea.

Bill was a Teamster long haul big rig truck driver for 32 years in California. After retiring, Bill drove tour buses throughout the US, and was a driver supporting the United States Marines Corps at 29 Palms. In 2015, Bill, and his wife, Maureen, moved to Libby, MT. Bill’s greatest joy in his life was his marriage to his sweetheart, soulmate and true love Maureen May McFatter.  We joined Bill and Maureen last summer to pay tribute to their 50 years of a marriage that is a living example of how to put the needs and wishes of another ahead of oneself.  He was happiest gathered with family, playing games, and sharing a good laugh.  Bill enjoyed traveling to all-inclusive resorts, taking cruises, playing cards, and driving his large Class A RV across the country. 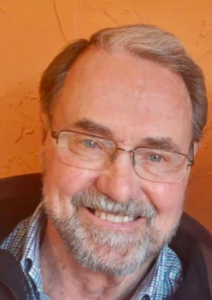 On January 12, 2022, exactly six months before his 82nd birthday Steve reached out and touched the hand of his loving savior after a three-month hospitalization and complications from bypass surgery. He was with the love of his life, Patti. It was a dramatic ending to an extraordinary battle he valiantly and quietly fought throughout his life starting as a four-year-old with perthes, experiencing necrotizing fasciitis in his leg, struggling with progressive and debilitating scoliosis, and undergoing numerous surgeries and heart procedures. Despite his health issues, Steve never complained.

Stephen H. Dalby was born on June 12, 1940, in Billings, Mont. He was preceded in death by his parents, John and Lucille Dalby, and sister, Jan Frazier.  Steve grew up in Billings where from age 12 he worked at various jobs including pinsetter at the local bowling alley, delivering newspapers on his bicycle, and working on a loading dock, and as a model for the Vaughn Ragsdale men’s clothing store. Steve graduated from the University of Montana with a BA in Political Science and attended the University of Montana School of Law, graduating in 1966. Steve practiced law for over 55 years beginning in Great Falls, Missoula and finally in Libby where he also served as a public defender. He retired from full-time practice in December of 2020. Steve would have continued working if his health had permitted it because he truly enjoyed the law profession.

Steve volunteered many hours of public service during his lifetime, serving on various community organizations including the Libby Hospital Board of Directors, MT Bar Association, and Rotary Club of Kootenai Valley, serving as secretary for over 13 years. A lifelong Episcopalian and member of St. Luke’s Episcopal church in Libby he served as Senior Warden for many years. Steve was a voracious reader and lover of a good book. The people who knew him describe him as “a true gentleman” and “a gentle man.” “He was a mentor to anyone who would seek his counsel and gave well-thought out, tempered advice.” Steve was humble, kind and appreciative.

Steve’s favorite activities were downhill skiing and golfing at many of Montana’s beautiful courses. Steve loved living along the Kootenai River where he enjoyed visiting with friends and family, watching the humming birds, eagles, osprey and abundant wildlife as he relaxed in his gazebo watching the river flow by. He loved playing grandpa’s dice, pinochle and many other card and board games. In the summer he enjoyed boating and fishing on Lake Koocanusa with special friends. He enjoyed good food and Patti’s culinary and gardening talents. He delighted in telling the story of when he met Patti in Missoula and how they were both born in the same hospital in Billings, the same room exactly 10 years apart and celebrated their birthdays together. In March they were planning on celebrating their 28th wedding anniversary.

Cremation has taken place. A celebration of his life will be held at a later date.

In lieu of flowers, donations may be made to the Rotary Club of Kootenai Valley or St. Jude’s Children’s Research Hospital. Arrangements are by Schnackenberg Funeral Home in Libby.  Online condolences and memories may be shared at www.schnackenbergfh.com.

Life is short. “All things that live, die. This is why you must find joy in the living, while the time is yours, and not fear the end. To deny this is to deny life. To fear this, is to fear life.” (Joe Kelly) 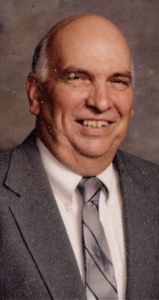 John William Thurmond, 83, passed away on Tuesday, March 15, at Libby Care Center with family and friends gathered around him. He was born on June 5, 1939 to Cecil William and Mae Rose Thurmond at E St. Louis, Illinois. He was saved at Faith Baptist Church in Godfry, Illinois.

John attended University of Southern Illinois; he received his Bachelor of Arts Degree. He met Cleona Iris Schilling, also a student there, and after a 2 year courtship they were married in 1961. They had 3 children Barry Wayne, John Eugene and Suzanne Elizabeth.

John later attended the Baptist Bible College in Springfield, Missouri and received his Graduate of Theology Degree.  He was ordained on February 6, 1976.  He pastored two churches, Rogers Baptist Church in Rogers, AR and the Southern Baptist Church in Troy, MO.  He loved preaching the Gospel and sports.  He loved to coach young kids in sports, most of all basketball.  When John stood up, it was easy to see why basketball was his favorite.

John and Cleona moved to Libby in 2011.  He was preceded in death by his parents, Cecil and Mae, his 2 sons Barry Wayne and John Eugene.

Visitation was held on Saturday, March 19, from 4  – 6 p.m. at the Schnackenberg Funeral Home in Libby.  Services were held  on p.m., Sunday, March 20 at Libby Baptist Church, 105 Cedar Street in Libby. In lieu of flowers, memorials may be made to Hope International Ministries, INC, 11415 Hope International Drive, Tampa, FL, 33625-3963 or to a favorite charity. Arrangements are by Schnackenberg Funeral Home in Libby. Online condolences and memories may be made at www.schnackenbergfh.com.