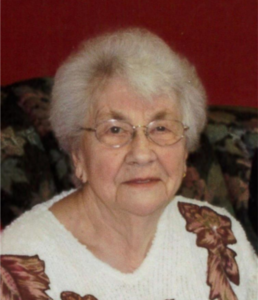 It is with great sadness that the family of Bernice Ann Cox announces her passing from this life, surrounded by her family, on April 22, at the age of 97.

Bernice was born in the midst of a blizzard on Dec. 19, 1924 at her family’s farmhouse near Edwall, WA.  She was the second of five daughters and one son born to Moritz and Anna (Tanner) Kintschi.   Bernice grew up on the family farm, milking cows, slopping hogs, tending chickens, putting up hay, harvesting crops, and all the other chores that were part of depression era farm life.  She graduated from Edwall High School and attended Kinman Business University in Spokane, after which she was recruited to stay at Kinman in a teaching capacity.    Within a year she was enticed to become head bookkeeper for the NAPA regional warehouse located in Spokane.

In 1946, she met the love of her life, Delbert Cox, and they were married in Feb, of 1948.  Soon after, they started an engine rebuilding business in Spokane.  In May of 1950, they had a son, Donald, and then, in 1953 they had a daughter, Judith.  Shortly after the birth of Donald, they relocated their small family and their business to Libby, Montana where they operated Cox Machine Shop (later named Cox Automotive Inc.) for 42 years before retiring in 1992.

Bernice was very detail oriented which was evident in her bookkeeping and business management skills.  She was also an avid gardener, both vegetables and flowers, never forgetting the farming roots of her childhood.  For many years she raised chickens and rabbits, canned whatever would fit in a Mason jar, and crocheted intricate decorative pieces, couch blankets, and bedspreads.

Services where held at 2 p.m. on Friday, April 29 at the First Methodist Church in Libby.  Arrangements where by Schnackenberg Funeral Home in Libby.  Online condolences and memories may be shared at www.schnackenbergfh.com.

Jerry Franklin Mock, 81, of Hot Springs, Montana went home to be with the Lord on Sunday, April 24, at the Libby Care Center.  He was born on July 22, 1940 in Sheridan, Wyoming to Franklin and Hazel Mock.  He married Barbara Jean Amende on November 19, 1958 in Rapid City, South Dakota.  They had 4 children Russell Jay, Marsha, Cyrus and Lee. 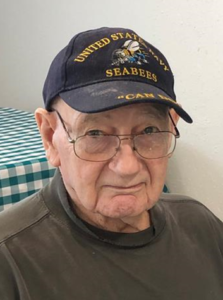 Clarence “Dee” Dixon, 86, passed away peacefully on Sunday, April 24th, at the Libby Care Center.  He was born on February 19, 1936 at Pocatello, Idaho to Clarence and Zella Dixon.

Dee was a hard working family man and US Navy veteran serving with the Seabees MCB-10 from 1956 to 1958 in Guam.  He then returned home to Spokane, Washington where he would raise his family.  Dee spent his career working for Spokane Roofing until 1978 then Eastern Washington University as a Maintenance Mechanic until his retirement in 2001.  He spent his retirement years in Spokane until 2015 and then Libby, Montana until his passing.

Dee was preceded in death by his parents, wife Carol, a sister Betty and brother Jack.

He is survived by his brother Joe; three sons Mark, Mike and Steve (Laura); five grandchildren, numerous nieces and nephews and a special friend of many years, Nancy Gab of Libby.

Dee touched the lives of all those around him, he will be greatly missed.  A private service will be held at Fairmont Memorial Park in Spokane at a future date. Arrangements are by Schnackenberg Funeral Home in Libby.  Online condolences and memories may be shared at www.schnackenbergfh.com.

Please Join Us as we Celebrate the Life of
Steve Dalby. Saturday, May 7, at 2 p.m. in the afternoon at the Libby United Methodist Church, Libby, Montana. Reception to follow. 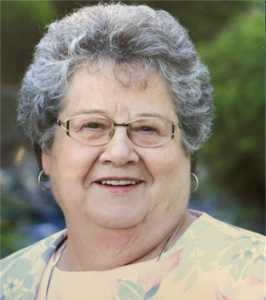 Doris J. Kutz, 83, went home to be with the Lord on Thursday, April 28,  at Schneidmiller House in Coeur d’Alene, Idaho. She was born on July 7, 1938 at Livingston, Montana to George and Ruth Cox. She grew up in Wilsall, Montana. Doris attended college at Prairie Bible Institute (Alberta, Canada) and returned to live in Livingston, Montana until her marriage to Richard Kutz (also from Wilsall).

They were married in August 1961 and moved to Libby, Montana where they purchased property and raised their two children, Karl Kutz and Sharon Moffat. Doris resided in Libby until Richard’s death in 2001, when she moved to Coeur d’Alene, Idaho to be closer to her daughter’s family and grandchildren. Doris was preceded in death by her husband Richard.

She is survived by her children Karl Kutz and Sharon Moffat (Jeff), grandchildren Travis Georgius (Lauryn) and Samantha Layson (Jake), great-grandchildren Griff, Elliott, Nash, and Jackson, and her siblings and their families.

A memorial service will be held at 2:00 p.m. on Saturday, May 7, at Hayden Bible Church (290 E Miles Ave, Hayden, ID 83835). In lieu of flowers, donations can be made to Hayden Bible Church or another charity in her honor. Burial will take place in Libby.  Arrangements are by Schnackenberg Funeral Home in Libby.  Online condolences and memories may be shared at www.schnackenbergfh.com.