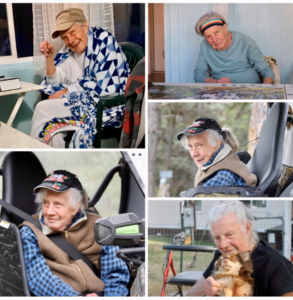 Delores Delane Journot, 80, of Libby, MT passed away on November 16th in Great Falls, MT surrounded by family and her two fur babies, Quincy and Cricket.

Delores “Dee” was born in Malvern, IA on January 19, 1939 to Vesper Melvin Henderson and Grace Irene Bartlett Henderson. She was 1 of 11 children: 7 girls and 4 boys.

Dee met her husband and best friend, William “Bill” Edward Journot, and they married in 1962 in Coeur d’Alene, ID.  They moved to Libby in 1966 where they made their life and raised their family.

Dee and Bill believed in working hard and creating a home. They would buy fixer uppers and transform them. Dee loved to work outside in the yard and took pride in keeping her home.

She was preceded in death by her husband on May 25, 2004. She then turned her sights toward her grandchildren, which included raising her granddaughters, Brandi and Tabby, until 2010.

Dee enjoyed watching her family grow to have their own families. It grew from 3 daughters to 10 grandchildren to 12 great-grandchildren and those they loved. She had many four-legged babies throughout her life.

Often, Dee was described as stubborn or ornery, but truly, she was strong-willed in her convictions – and in her love.

She was loved by many but kept a small, close-knit group of friends.  Her pastimes included playing cards and bs-ing until the sun went down and the cold drove everyone inside.

As the years passed, Dee traded her yard work in for tending to potted plants, and playing cards gave way to jigsaw puzzles and reading. She had her back porch enclosed so she could still soak in the sun. There she spent her Sundays with daughter, Rocky Escudero, and had regular coffee dates with son-in-law, Andy Escudero. Her confidante and best friend, Barb Wilburn (Bob), would visit multiple times a day to help her while away her day.

In the last months of her life, Dee decided to move to Great Falls with her fur babies to be close to her family. She again shared her home with her youngest granddaughter. Her home was frequented by her daughter and son-in-law, Terri Mirador (Ador); grandchildren; and their families.

Her last days were reflective of her life. She was surrounded by those she loved and those who loved her. She laughed, she joked, she smiled. She was strong-willed to the end.

James H. White (Jim), 81, Libby, Mt passed November 8, 2019, at Libby Care Center of natural causes, or a possible car accident! He was born on July 17, 1938 in Newport, WA, the oldest son of Jim and Bunnie White. He lived and full and colorful fife, and for all who knew him, would attest to that.

After a short stay in the United States Coast Guard, he was honorably discharged- “could not take orders too well”-was how he explained it…returned to his home town of Priest River, Idaho, packed his bag (Arkansas traveler – a brown paper bag) and in 1957 headed for Libby, MT where he remained until his death.

In 1982 he married Rhonda, had 1 daughter Lisa; in 1971 Roberta, results, one daughter Patricia; 2 pro-tem daughters Corina and Margret; 5 Grandchildren, and 1 Great Grandchild.

He worked as a logger and heavy equipment operator until a job related incident left him disabled. An avid fisherman, hunter, prankster, and nick name extraordinaire – if he gave you a title, it stuck. Some good, others, not quite so much.

A far cry from saint, but a legend for certain. He will be missed.

Arrangements are by Schnackenberg Funeral Home in Libby.  Online condolences and memories may be made to www.schnackenbergfh.com 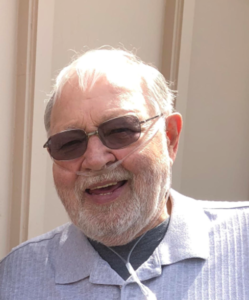 William James “Bill” Taylor, 79, passed away due to natural causes at his residence on Sunday, December 8, 2019.  Cremation has taken place, and memorial services was held at 1:00 p.m. on Monday, December 16, 2019, at the Blaine County Funeral Chapel, 311 12th St. W, Chinook, MT with Mike Borody officiating.  Holland & Bonine Funeral Home has been entrusted with services and arrangements.  Please visit Bill’s online memorial page and leave a message of condolence for his family at www.hollandbonine.com.

Bill was born on July 30, 1940, in Libby, Montana, to Glenn and Gladys (Hartsock) Taylor.  He was raised in Libby, graduating from Libby High School in 1958.  He worked for a few years, and then in 1962 Bill enlisted in the US Air Force, and served until his honorable discharge in 1966.  While in the Air Force, he met Mary John McDonald, and the couple married in March of 1967 in Libby.  The couple moved to Bozeman, where Bill obtained his Bachelors Degree in Education from Montana State University.  He taught industrial arts at Billings West High School and Polson High School, and then elected to go on to obtain his Masters Degree in Education Administration from University of Montana in Missoula.  He then worked in administration, as a principal in Arlee for 2 years and Harlem for 2 years, and then as Superintendent in Dodson for one year.  After so many years in secondary education, Bill then turned his attention to postsecondary education, and he worked as a grant writer and as a principal investigator of grants at Fort Belknap College.  In 2005, Bill retired from education, and in 2009 was elected Mayor of Harlem, serving eight years.  He also had a successful logging company in Lincoln County in the 70’s.

Bill was an avid fisherman and hunter, and he enjoyed watching college basketball and college and professional football.  He was in his element spending time with his family and friends, and he truly adored his grandchildren.  His first great-grandchild was born in the last few years, and he was completely thrilled.

He was preceded in death by his parents Glenn and Gladys Taylor; brothers, Robert and Jack Taylor; and sister Beverly Miller.