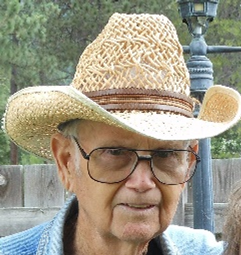 William (Bill) Stewart Lamey was born Feb. 16, 1933 in Libby, Mont. to Virginia Williams and John Lamey. He passed away at his home on Oct. 31, with family and friends. He is preceded in death by his parents, son Randy Lamey, wives Anita Baeth and Viona Williams, his brother Alan and sister Betty. He is survived by his daughter, Connie Klein, 6 grandchildren, 10 great grandchildren, 3 great-great grandchildren and his companion Myrna Boswell.

Bill served his country in the U.S Navy and the Army National guard. He had many interests: Sailing, ranching, listening to music, just to name a few. His biggest love was being on the water and his horses. He had a vast knowledge and love of Libby’s history. You will find many of his picture’s in Jeff Gruber books. He made a deep impression on a lot of people. We will miss him, his sense of humor and witty remarks. 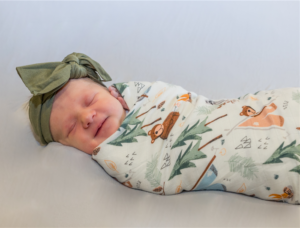 Oh, give thanks to the Lord, for He is good! For His mercy endures forever. Let the redeemed of the Lord say so, whom He has redeemed from the hand of the enemy, and gathered out of the lands, from the east and from the west, from the north and from the south. Oh, that men would give thanks to the Lord for His goodness, and for His wonderful works to the children of men! For He satisfies the longing soul; and fills the hungry soul with goodness.”  Psalm 107:1-3, 8-9

Entire Animal must be Removed by Permit Holder

Anyone wanting to salvage a road-killed deer, elk, moose are antelope must obtain a Vehicle-Killed Wildlife Salvage Permit. These are available at no cost and must be obtained within 24 hours of the time a person takes an animal into their possession. Permits are available either through law enforcement officers on the scene of collisions or online on the FWP website.

As a reminder, any salvaged animal must be removed in its entirety from the roadway by the permittee. The animal may be field dressed before it leaves the area but entrails or any other parts of the animal carcass must be removed from site to prevent attracting scavengers and predators.

Other things to keep in mind if salvaging a vehicle-killer animal:

Road-killed animals may not be tagged and possessed with carcass tags issued for the purpose of hunting.

Any person who is picking up an animal to be salvaged must comply with all highway rules and regulations while removing the animal. Vehicles shall be parked off the roadway and out of the line of traffic. The permittee acknowledges that collecting vehicle-killed animals on state highways is inherently dangerous and is undertaken at the permitee’s own risk.

A person may not kill an injured or wounded animal that they encounter for the purpose of salvage. A law enforcement officer may, however, when on the scene of a collision, kill an animal injured in the collision and that animal may be taken for salvage.

Meat rendered from salvaged animals must be used for human consumption. It may not be used for bait or other purposes.

Meat rendered from salvaged animals may not be sold.

Any meat that is unfit for human consumption or unusable animal parts must be disposed of at a legal disposal site. It is unlawful to dispose of animal carcasses or parts in or upon any highway, road, street, or alley or upon public property. It is also illegal to dispose carcasses or parts within 200 yards of a public highway, road street or alley or public property