Rose Marie Cimino Navarro, 84, died on Monday, Dec. 14, at Libby Care Center due to kidney failure (ESRD). She was born on Dec. 24, 1935 at Bridgeport, Conn to Frank and Shirley Cimino.

Rose lived part of her life in Baltimore, Md, moved to N.C. as a young woman and to Libby in 2002.  She enjoyed TV, shopping, animals, the beach, loved to bake pound cakes, crochet and to share.  She made and gave many blankets, placemats, winter scarves, hats and doilies to others. She loved to be friends with people and was a pen pal to many.

Rose’s family often described her as “the little girl with the curl”, like the poem.  Her smile, hugs, and kisses would make a day even better.  No one could out give her.  Although she had little of value, she was satisfied to live that simple life, and always helped and made others happy.  She loved her family and the Lord, and served both well, now received and is resided with Jesus and family in heaven.

Rose was well cared for, and loved by the medical community in Libby and Kalispell.  She considered Libby Care Center her home and her extended family.  She will be missed by family and they look forward to being reunited with her, fully restored in health, smiling, arms stretched out, ready with that kiss and hug.  She was preceded in death by her husband Marcelino Navarro, her parents, siblings Frances, Mary Lou, and Ronnie.

Services will take place in N.C. at a later date.  Arrangements are by Schnackenberg Funeral Home in Libby . 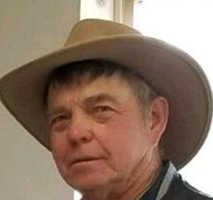 Wayne Allan Burnsworth, 68, was called home to the Lord on December 15th, 2020 with a short bout of cancer. He was born on March 8, 1952 at Brownsville, P.a. to Hubert and Hannah Burnsworth.

Wayne was in the United States Army and fought for our country.  He did 2 tours in Vietnam, Desert Storm and Desert Shield.  He also served as a Police Officer for Carrol County and Chief of Police.

His great passion and wish was to move to Montana and spend his days fishing and hunting, spending time with his horses and playing music. He was a great musician playing guitar, mandolin and singing.  He conducted open jam sessions for anyone wanting to play music at Libby Care Center and Assisted Living Center in Libby with his band For God and Country.  His band also played for Troy Senior Center and other multiple events and gatherings.

Wayne was the type to help anyone in need and great at collecting and making friends.  He stood his ground on Christian beliefs, included the Lord in everything he did. He is preceded in death by his parents Hubert and Hannah Burnsworth.

He is deeply loved and will be missed by all friends and family.

Services will take place in Ohio.  Arrangements are by Schnackenberg Funeral Home in Libby.

Charles Leonard Pitman Sr., 98 years old, of Libby Mont peacefully passed away on Dec. 18,  of natural causes.  He was born on Oct. 22, 1922 to Wilson and Eva Pitman in Buffalo, N.Y.  He graduated from Central Bucks High School, Doylestown Pa. in 1939. He enlisted in the US Army and served through WW II and was honorably discharged in 1952.

After his time in the Army, Charles worked as an auto mechanic, police officer, maintenance engineer for a photo engraving plant and an electrician. He retired in 1987.

Charles retired in 1987 and moved to Libby Mont. While retired, he volunteered his services as an electrician to several churches in Libby and he and Syneva worked for years at the Libby Food Bank.

A celebration of his life will be held privately.   In lieu of flowers, please consider a donation to the Libby chapter of the Veterans of Foreign Wars Post #1548 or the Senior Center in Troy, Mt.