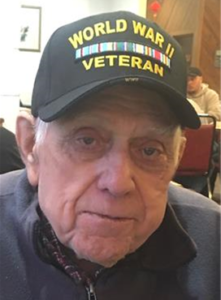 Ernie passed peacefully and without pain on Monday, March 1, 2021 with his daughter by his side.

Ernest joined the US Army at 17 years old and went to basic training at Fort McClellen, Ala.  He served in the Pacific Theater during WWII as a
sniper, earning sharpshooter and expert marksman awards. He returned to Tennessee after the war and married Lila Cook in Rossville, Georgia on December 4, 1948.

Ernie drove school bus for his brother and owned a service station in Winchester, Tenn. before moving his family permanently to Troy, Mont. in 1958.  He went to work for J. Neils Lumber Co. and started working for the US Forest Service in 1959.

Ernie’s service on the Troy Volunteer Ambulance as an EMT spanned three decades.  He was a lifetime member of the NRA and was an avid hunter with several trophies on display at Steins Market in Troy.

Ernie was also a life member of Troy’s John E Freeman VFW Post #5514.  He was a high five bowler on leagues at Trojan Lanes for several decades.

He was a member of the Assembly of God church in Troy for many years. He loved music, gardening, flowers, birds, fishing, hunting, hiking, mushroom and berry picking, firewood gathering, and just about everything else there was to be done in his beloved Montana mountains.

He enjoyed traveling, telling his stories, and writing songs.

Ernie was preceded in death by parents Johnnie and Angeline Sells, his brothers John, Buddy, Elbert, and James Sells, and sisters Ruth Wallace, Annie Pauline, and Beulah Short, his wife Lila, and his daughter Carolyn
Stanley.

Services were held at 11:00 a.m. on Saturday, March 6, at the Troy Assembly of God Church, Pastor Terry
Meroney officiating.  A graveside service at Troy Cemetery with Military Honors followed.

A memorial service in Winchester, Tenn., is planned for a later date.

Arrangements were by Schnackenberg Funeral Home in Libby. 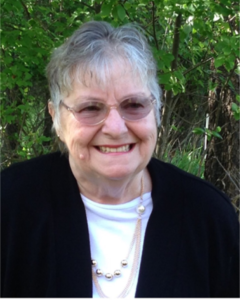 On Saturday, February 20, 2021, Wilma Rebecca Shearer fell asleep and passed away surrounded by her family.

As a young child,
Wilma and her family moved to Libby, Mont., where she grew up and went to school.

On June 26, 1956, Wilma married the love of her life, Ralph (Bud) Shearer. Together they raised five children, three daughters, Vicky, Janell, and Rebecca; and two sons, Raymond and Clinton.

Wilma loved fishing, camping, picnics, and going for rides in the spring to count the deer and see the new fawns. She also was very crafty, knitting, crocheting, and sewing.
In her later years, she received a knitting loom with which she made hundreds of stocking caps. She loved having friends and family pick out caps and donated many of the hats to various schools and the Koats 4 Kids program.

Wilma also had a love for cookie jars – her house was full of them.

On April 17, 1977, Wilma was baptized as one of Jehovah’s Witnesses. Her faith was always in her heart. She knew that one day she would be awakened and live forever on a paradise earth with her loved ones. This is a promise that Jehovah God Gives to all in his word, The Bible. 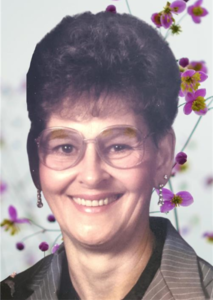 Betty was born in
Libby, Montana at the Hutton Ranch Homestead to parents, Evelyn Catherine Hutton and Harold “Happy” Hutton.

After Howard Sunell Sr. passed away from a drowning accident, she met the second love of her life, Clyde Ross Sr. and gave birth to Clyde Ross Jr.

Betty was a devoted mom and wife, as well as an incredible cook who loved to share her favorite meals like her famous homemade mac & cheese, surrounded by friends and family sharing hearty laughs.

She had an infectious smile and laugh, and she loved having fun and playing games like Bingo, Yahtzee, or watching Wheel of Fortune.

It never mattered who you were or where you were from, whether you were family or a friend, or whether years had passed since you had last seen Betty, she welcomed you with open arms.

Betty’s first daughter, Sally Kay Sunell Phillips, welcomed her mother to heaven after she passed away this past year.  Sally shared her mother’s sense of humor and ability to recite a funny story.

Heaven will be blessed to have these two women sitting around a table sharing stories so funny there will be streams of tears.

If you would like to pay your respects to Betty or Sally, a viewing will be provided at 422 West Second Street in Libby from  1p.m. to 7p.m. at Schnackenberg Funeral Home on Wednesday, March 10th.

Funeral services will be at 11a.m .on March Thursday, March 11th at Schnackenberg Funeral Homes with a reception to follow.  And. For. Pete’s. Sake. Wear. Your. Mask.