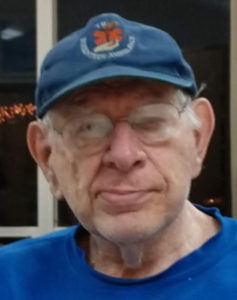 Richard (Dick) Williams, 85, passed away peacefully in the early morning hours of March 15, 2021, at the Libby Care Center after several years of failing health.

Dick was born in
upstate N.Y. in the town of Allegany to William and Mary Williams. He was the oldest of four children.

He learned a great
appreciation for the outdoors as a youngster where he enjoyed camping, fishing, hunting and trapping.

Dick met Judy Malanowski of Salamanca, N.Y. and spent a couple years getting to know her. They were married on April 3, 1961 in Little Valley, N.Y.

His career of 31 years with the United States Department of Agriculture, Forest Service took his family to Penn., Wis., Wash. and Mont.

Besides enjoying time with his family, Dick’s other passions included reading, history, and
aviation.

Dick is preceded in death by his parents, William and Mary
Williams, a sister, Mary Oliver, and daughters, Sandra Patricia Williams and Christine (Williams) Dirkes.

Spring Jenee Koehler, 47, peacefully passed away on the First Day of Spring, March 20, 2021, joining her mother and Heavenly Father.

Spring was born in Hermiston, Ore., on February 16,1974, to Tami and Clinton Koehler.

A Celebration of Life will be announced at a later date.

Richard “Rich” Lee Thompson (64) of Libby, Mont. passed away on March 15, 2021, due to complications following a motor vehicle accident on February 25th.

He was the hardest working man we have ever known. He started working for J. Neil’s
Lumber immediately
after graduation and worked his way through the ranks, retiring as
Corporate Engineering Manager of Stimson
Lumber in 2005. Never a man to sit idle, prior to his retirement he started
Thompson Contracting, Inc. (TCI) and recently acquired Granite
Concrete where he
worked until his passing.

Rich enjoyed working with the men and women that helped build these companies which will
carry on in loving memory of him.

We cannot say that everyone that knew him loved him, but we can say that those that loved him knew him. Whatever hard outer shell he had was to protect his big heart.

He loved a good practical joke, especially if he thought of it; time with his family and close friend Colby Yarger; and any holiday or reason he could find to buy a gift or eat frosting.

His grandkids meant the world to him and
being papa ranked high on his list of achievements. His “be careful” was his “I love you” and we got told to “be careful” often.

He married Jo (Hill) Thompson in 1978 and remained friends with her after their divorce.

He met the love of his life, Susan Yarger, in 2009 and was able to be with her during his last moments.

He is preceded in death by his father Dick Thompson, brother
Patrick Thompson, baby sister, Shirley, and his grandparents, Richard  and Virginia Thompson, Woody and Mildred (Toots) Bowen, and Mary Collier.

A memorial service was held March 27, 2021 at the Libby Cemetery and followed by a celebration at the Fred Brown Pavilion.

“We ask that instead of gifts you express your love to those you value; laugh at a good joke; pay it forward without recognition and eat a spoonful of frosting every chance you get.”

Arrangements were made by Schnackenberg Funeral Home in Libby.