After he was honorably discharged, Vernon met and married Coletta Nepper. They were wed on August 24, 1963.

Vernon was a worker and most people who knew him could vouch for that. He was a Union Laborer and came to Libby in 1967 to work on the Libby Dam; little did he know that was where he and Coletta would make their home and raise their children.

Vernon worked on the Libby Dam mainly as a
driller and a blaster, also known as a powder monkey, and later did other jobs as needed until the construction of the dam was finished.

He then stayed on as a union worker and worked road construction – we really cannot explain what all he did but we do know he did whatever they wanted. Vern loved to work and that proved him to be the best employee anyone would want.

After retirement he was stir crazy and took on some newspaper delivery jobs. He delivered for the Spokesman Review, Great Falls Tribune, Missoulian, the Daily
Interlake, and up to a few months before his passing he delivered for his daughter at the Kootenai Valley Record.

One of his favorite jobs he was working for the Libby Public Schools as “the guy on the lawn mower.” Vern loved mowing the school lawns and giving all the people a bad time.   He was a very quiet guy and really liked the tranquility of mowing the lawns. Those that knew him, knew he heard very little.

He was preceded in death by his parents, Ben and Katie Lautt, and a son, Wesley Lautt.

Vern will be laid to rest with his son at the Custer Battlefield on May 28, 2021 in Crow Agency, Mont.

On Saturday, May 15, at 1:00 pm, the family would like to invite anyone who would like to share stories and enjoy a variety of
desserts which Vern loved
to the Fred Brown Pavilion. 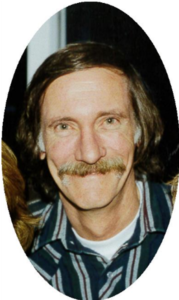 He came to Libby in 1979 and worked in the Libby area until his
retirement.

Survivors include his two sons, Jason Boyd and Brian Boyd – both of Libby; and grandchildren, Avery Boyd of Missoula, Donna Boyd, Akron, Ohio, and
Darrell Boyd (Kathy),  of Akron, Ohio.

Services were held on Saturday, May 8, 2021 at the Libby Christian Church. 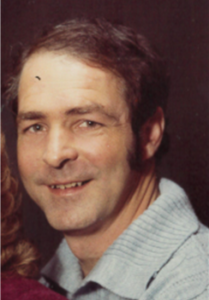 A Graveside Military Honors Memorial Service was held on Friday,
May 7th, at the City
of Libby Cemetery.

Montanans have the right to make decisions about what happens to their remains after death, decisions that have legal priority over any of their survivors’ wishes.

In 2009, the Montana Right of Disposition Act was established.

This act allows Montanans 18 years of age or older, and of sound mind, to indicate what they wish to be done with their bodies or remains after death.

Persons can select one of four methods that allow legal authority for their wishes to have priority over the
preferences of survivors.

The first method is to make a prepaid funeral
contract with a licensed
mortuary. There are two types of prepaid funeral contracts recognized under Montana law: a funeral trust and a
funeral insurance policy. With either method, the licensed mortuary is the beneficiary. In return, the mortuary promises to provide the prepaid funeral goods or services specified in the contact.

The second method is a written instrument a person can type, handwrite or print out on their computer. The person and two witnesses –
all must be at least 18 years of age and of sound mind – must sign the written instrument. Letters of last instructions, a will, a trust document, a
power of attorney, or a health care directive that contains specific instructions about the disposition of the deceased’s remains, will qualify as a
written instrument if signed by the deceased and two
witnesses, Goetting said.

The third method is an affidavit. A person can
authorize another person to control the disposition of remains in an affidavit signed before a notary.

The final method is a video, where a person can record which disposition
preferences are described.
A written confirmation
of the video’s existence and accuracy must be signed by two witnesses who are at least 18 years of age and sound mind.

More information about rights over remains is available at:
store.msuextension.org/publications/FamilyFinancialManagement/MT200918HR.pdf.