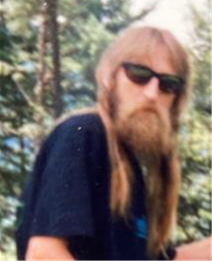 On May 11, 2021,
Ladies man and Outlaw, (Bill) Gordon Price passed away at the age of 61
following a brief battle with cancer.

Bill was born on April 9, 1960 in Libby, Mont.
He graduated high school from Troy, Mont. in 1978 and shortly after joined the U.S. Air Force, where he proudly served his country.

He married in 1986
to which a son was conceived, Gordon Levi Price. Bill loved two things, his only son and his
Harley.

Bill was a lifetime
collector, and had a
passion for collecting rocks, coins, antiques,
and more. He helped his community by participating in numerous charities for kids. His friends and family knew him as a
loving and caring guy who would give you the shirt of his back. He died just the way he lived: he wrote his own rules, he fought authority and he paved his own way.

Bill is survived by his son Levi Price (Bobbi) of Alzada, Mont.; his two grandchildren, Izzy and Brodi; his sister Kerri (David) of Valier, Mont., and numerous nieces and nephews.

He is preceded in death by his parents,
Gordon Price and Marlene Goettle;  siblings, Peggy McDonald and Clint Price.

A private family
gathering will be at a later date.

He’s up in heaven now.

He took the final ride

He’s with the angels now

Flying by his side

Beyond where we can see

He took that final journey

Lynn enlisted in the U.S. Marine Corps in
February 3, 1953 and served as a Colonel
until being honorably
discharged February 2, 1956.

He made Libby his home in 1966 where he has lived ever since.

In his younger years
he enjoyed playing his steel guitar in a country western band.

His mechanic work always kept him busy later in life.  He was 1 of 6 children, and has one remaining sister – JoAnn Gibson of Stockton, Calif.