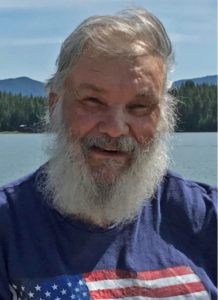 Tom was born on
November 18, 1946 to Leslie and MaryJane
Blinco at Anaconda, Mont.

He later worked for the mill in Libby for 30 years until retiring when it closed.

Tom loved the
outdoors!  He enjoyed hunting, camping, cutting firewood, and was a fishing enthusiast.

He also enjoyed spending time with family and friends, collecting
and wearing baseball caps, and was known for his great big bear hugs, his sense of humor and
contagious smile.

Tom loved to regale anyone who would listen to his stories.

He moved to Libby with his parents when he was a toddler and lived there until 2016 when he moved to Priest River, Idaho to live with his
sister Margaret Bucher, Niece Bobbie and
husband Jody Blakley
and their children (Caleb, Jeselyn, Jacob and Daniel who was Tom’s little
buddy).

Gone but never
forgotten. The twinkle
in his eye will live on
forever.

Tom was preceded in death by his parents, brothers Roger Blinco, Vernon Blinco and a sister Shirley Brown.

A Celebration of Life will be held at 11:00 a.m. on  Friday, August 6, at Libby Christian Church.  In honor of Tom please wear your favorite
baseball cap. 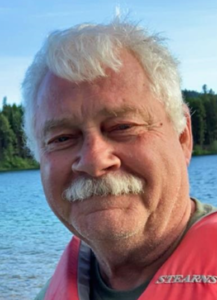 He was born on
August 6, 1949 to Stance and Martha Rigney in Waynesboro, Miss.

Don married Kay
Sudduth on November 26, 1969 and they had been together for more than
50 years.

Don was an honorable and amazing man. He was an exceptional teacher, homebuilder, a pilot, and lover of motorcycle rides, computer technology,
and his dog Trixie.
Don was a loving and
wonderful husband,
father, grandfather, great grandfather, and a true friend.

He is survived by the love of his life, Kay;  two daughters, Valerie McAnally (Kent) and Kelli Rigney-Wolfe (Todd);  one brother, Stance Rigney,  Jr; many  grandchildren, Sabrina, Hillary, Jeremiah, and Anna McAnally, Olivia, Garrett, and Alli Merryman,
Christian and Grace
Stanley, Alyssa and April Wolfe, Andrea, Miguel, Daniel, Gabriel Fernandez Rigney, Jack Guarino, and Bruno Malacarne;  great grandchildren, Mason, Logan, and Michael;
chosen daughters, Yvette Fernandez (Christian) and Elise Malacarne;  several nieces and nephews. He was honored by being chosen to be “Grandpa Don” for all of the Plank family.

Don started early in life looking out for others. There is not enough space to list all that he has done, but for starters: he was active in Christian youth organizations, the 1st ROTC Cadet Commander at the University of South Alabama, served 27 years of active duty military to include being a Search and Rescue Pilot for the United States Coast Guard in different parts of the world.

Among many awards and military medals,
The Distinguished Flying Cross for saving nine
people off a sailboat in the middle of a hurricane was his most treasured. Don loved helping people, which lead him to become a member of the Lincoln County Habitat for
Humanity and a mentor
to many young people.

In the last days of his life from his hospital bed, Don continued to guide and give life instructions to others.

Don will be greatly missed by all those who love him and those he loved.

He would have liked to share his favorite prayer: “Dear God, Your Will, Nothing More, Nothing Less, Nothing Else. Amen.”

Services were held on Thursday, July 29.

Online condolences and memories may be shared online by visiting: www.schnackenberfh.com. 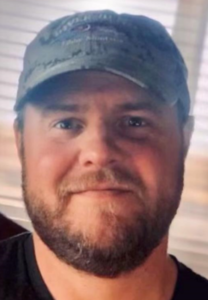 It is with a heavy heart that we announce the passing of a beloved
father, son, grandson, brother, nephew, uncle and friend.

Andrew Reichow passed away on July 23, 2021 at the Logan Health Center in Kalispell, MT.

In 1990, Andy moved to Colorado where he graduated from Arvada West High School in 1998.  Andy also attended
college at the University of Northern Colorado and the University of Montana where he majored in Health and Exercise
Science.  In 1999, Andy and Jennifer(Brower) Reichow were married and the raised three
beautiful children.

Andy was always
on the move and loved skiing, bicycling (road and mountain) and hiking.
He also played tennis and football at Arvada West High School.  One of the highlights of Andy’s youth was serving as a ball boy for the Minnesota Vikings.

Andy worked in the medical field in Colorado, Iowa and Montana in
neurodiagnostics and sleep medicine.  Andy is survived by his parents Denise Purdy-Patrick
and Terry Patrick; his grandparents Jerry and Carolyn Reichow; his
children Jacob, Caleb and Ellie; his siblings Jamie Caruso (Jared), Josh
Patrick (Nadia), Tyler
Patrick (Megan) and
Callie Blaz (Teagen).  He also leaves behind an entire fan club of uncles, aunts, cousins, nieces and nephews.  We will all miss that smile on Andy’s face and that twinkle in his eyes.

A celebration of life will be held in Colorado later this summer for Andy.

In lieu of flowers,
donations can be made
in memory of Andrew Reichow to Cabinet Peaks Medical Center (CPMC) Foundation/Missions Fund or Libby Christian Church.

Donations can be sent directly to the charities or to Denice Purdy-Patrick, 182 Cabinet Heights Road, Libby, MT  59923.

Arrangements are
under the care of Schnackenberg Funeral Home of Libby.

Online condolences and memories may be shared by visiting : www.schnackenbergfh.com.

He was born October 26, 1932 to Harry G. and Orna (Brooks) Ammerman in Livingston,
Montana.

Harvey was preceded in death by his wife, Lois (Bursell); parents; two brothers, Stanley and Ralph; and two sisters, Hazel and Louise.

Arrangements are by Schnackenberg Funeral Home of Libby, Mont.

Online condolences and memories may be shared
online by visiting: www.schnackenbergfh.com. 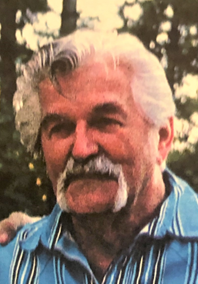 Bob was born to parents Ed and Alda Johns on March 1, 1941 at Denver, Colorado.

In his 80 years he had seen a lot of country, both in the U.S. and overseas.

Bob came to Libby in 1962 and became employed at J. Neils Lumber Company.

He went on to work
for the Libby Dam in construction and continued in that field of work until his retirement.

He was preceded in death by his parents; his sister, Dolly; and stepson, Mike.

A memorial service for Bob will be held at 2 p.m. on Saturday, August 7, at the pavilion at Fireman’s Park in Libby.

Come share a story or two and enjoy. You will find out more of who Bob was and the one thing he liked—food.