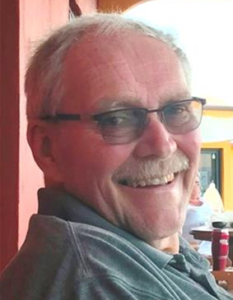 Ronald Roy Higgins, 74, of Troy, Mont. passed away on Saturday, August 28, 2021 at Cabinet Peaks Medical Center in Libby.  He was
born in Kalispell, Mont. to Roy and Marjorie Beck
Higgins on July 1, 1947.

Ron went to school at Ferndale Elementary and Bigfork High School.  He
attended Northern Montana College earning a Bachelor
of Science in Secondary Teacher Education, an
Industrial Arts Major in
1969 and went on to earn
a Master’s degree.

Unknown to most, Ron joined the Montana Army National Guard and trained with 2nd Squadron, 163rd Armored Cavalry. He was sent to Fort Jackson, Miss.
for basic and officer training.  During his physical he was told that he had arthritis in his foot and would be unable to serve in the military. He was honorably discharged
on May 15, 1973.

Ron met the love of
his life, Bobbi Sanvik, while in college and they were married in Rudyard,Mont. in 1968. They moved to West Yellowstone, Mont. where Ron took a teaching job and their daughter, Heidi, was born in 1969.

In 1973 they relocated
to Troy, Mont. when Ron began teaching industrial arts for the Troy School
District. Son Jeremy was born in 1974.  After 14 years of marriage, Ron and Bobbi were divorced in 1982.

Ron met the second love of his life, Patti Haaland, and they were married in 1986.  He became Dad to Shannen and Kristen and helped
to raise them.

Passing on his love and knowledge of construction, whether it was building or welding, was his passion. He spent many years traveling with his students supporting the VICA Club.

After 17 years of marriage, Ron and Patti were divorced in 2003.

When Ron wasn’t teaching you could normally find him working on various building projects around the Troy area. He always had a side job in construction.

When he went to work for the county he met the final love of his life, Nancy Trotter Sutton. They were married in 2009 and Ron once again became a second Dad to Benjamin and Aaron.

As if he didn’t already have plenty to do, Ron
received his Emergency Trauma Certificate in 1974 and volunteered with the Troy Ambulance.

His mother always proudly stated that he helped get the first
ambulance in Troy.

He also became the Troy Building Inspector in 1999 and the Libby Building Inspector in 2005. He was the world’s greatest volunteer. He spent many years delivering food commodities for those in need. He served as the administrator for the CDBG grant for building the Kootenai Senior Citizens center and the HOME grant that built the apartments
at the center.

Arrangements are by Schnackenberg Funeral Home. Memorials may be made to Kootenai Senior Citizens, Inc., P. O. Box 74, Troy, MT 59935. 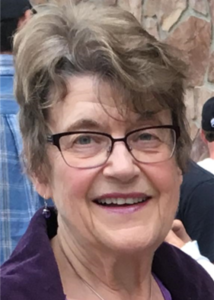 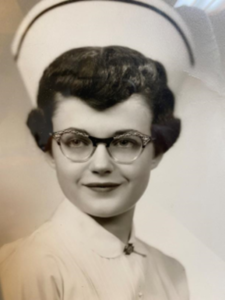 Lori was 86 spunky years old. She was born May 17, 1935 to Lorenz and Margaret Gustin in Hettinger, North Dakota. The middle of seven
children, she attended
Hettinger Public Schools, graduating in 1953.

She then enrolled in
the Presentation School of Nursing at Northern State College in Aberdeen, South Dak., graduating as a registered nurse. She worked in many interesting nursing fields, including Mount Sinai Hospital in Minneapolis, Minn. and the VA Clinic in Miles City, Mont.

In 1958 Lori married Chuck Thorstenson, a
science teacher and football\wrestling coach in Hettinger. Lori worked at the Hettinger General Hospital and the couple was blessed with three sons: Rod, Steve, and Tad.

In 1966, they moved to Libby, Mont. to pursue their professions. Lori resumed nursing and Chuck was a high school teacher and coach. In 1969, their fourth son David was born.

As busy as she was, Lori then spent a stint of time enjoyably working at Center Drug and Glacier Bank.

Chuck passed away
unexpectedly in 1984, and
in 1987 Lori returned to nursing in Bismarck, North Dak. where she was employed at the University of Mary, Q&R Clinic, and Home Medical Resources until her retirement in 1995.

Lori headed back to
Libby to enjoy her retirement. Above all, Lori loved life and took advantage of its golden opportunities. She was a devout Catholic and attended church weekly her entire life; it was not uncommon to see her beside her good friend Jean Buhl at St. Joseph’s Parish.

She loved to play cards and gathered several times a week with all of the special friends she had met over the years. She loved mountain drives and having a beer around an open fire, often talking about growing up on her family’s farm in North Dakota.

She treasured her time at the Long Branch cabin on Upper Thompson Lake and always exclaimed, “I just love it out here!”

Lori was a Libby Logger mom\fan, traveling throughout Montana for 46 years. She could be found cheering on the Logger and Logger Greenchain teams with
close friends – the Lundstroms and the
Grahams.

She knocked out many miles walking with her friend Pat –  for years they could
be seen strolling Libby’s backroads. She reflected often on the good times
traveling with friends and family to Mexico, Ireland, and across the U.S.

Huck stayed forever close to her siblings and
the Gustin family nieces
and nephews, cherishing their time together. She
was thrilled about her
grandchildren and took
great advantage of spending
quality time with them.

Life was to be lived
and laughter was always welcomed in Lori’s life. She was a caring mother, grandmother, sister, aunt and loyal friend to many and a truly empathetic person.

The family plans to have a Catholic service and a celebration of life to complete Lori’s wishes in the spring of 2022.

Online condolences and memories may be shared at; www.schnackenbergfh.com. 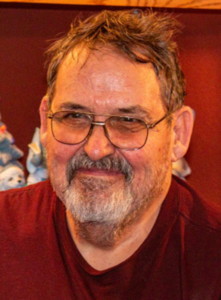 Michael was born in
Chinook, Mont. on January 31, 1939 to Charles and Genevieve (Doubek) Wagner. His early years were spent on the “Big Flat” where the
family farmed and Charlie owned “Big Flat Motors.”

In 1948, the family which now included his little brother, John, moved to Eureka and a few months later to Libby.

Michael graduated from Libby Public Schools GED program and went to work for J. Neils Lumber Company. “Two Shadows,” as he was nicknamed by his co-workers, started out working on the  green chain and worked his way up to having become a mill wright when the mill closed in 1993.

With thirty-six years of maintenance experience, there wasn’t much Mike couldn’t fix – and being one who always wanted to be busy, he got his residential electrician’s license and kept working for several more years. In his “spare” time, he helped Debbie and Mike build their homes, helped his brother build a cabin, and “Papa” was always there to help his grandkids in every way that he could.

On March 7, 1964,
Michael married Sandra
Fox at Bethlehem Lutheran Church in Kalispell, Mont. For 57 years, life at the
Wagner house has been
one full of love, laughter, adventure and a well-stocked “candy” drawer.

Woodworking was
one of Michael’s hobbies
and he shared many of his beautiful pieces with family and friends. His other
passion was word puzzles and sudoku.

Over the years, there are wonderful memories of trips to Thompson Lake, hunting with his son and grandsons, and riding his four-wheeler, especially with his “favorite” daughter-in-law, Linda. There were trips to Hogeland to visit Grandma Jenny and Papa Clayt’s farm.

There were some “teaching” moments as he taught Debbie and Mike how to drive – lessons from dad who loved speed and was known for his heavy foot!

Mike was so proud and thankful that he had Chris, the pharmacist, and Brian, the nurse, to council and take care of Grandma and Grandpa in their senior years.

The apple of grandpa’s eye was his “little Peanut” -his only granddaughter,
Kimberly, who loves math as much he did. Yet being the youngest grandchild also had its privileges; Papa would pick Tyler up from kindergarten each day and bring him to the house to play bouncy ball and of course help papa “fix” things. A man large in stature, Mike was like a big teddy bear with a huge heart when it came to

his children and grandchildren. They were his world.

Michael was preceded in death by his parents and his baby daughter, Debra Jean.

He is survived by his wife Sandra; his son Michael (Linda); his daughter Debra Tangen (Wes); his brother John Wagner (Sandy); his
grandchildren Christopher (Christina), Bria (Annamarie); Kimberly Tangen, and Tyler Tangen; nieces and nephews; and many cousins and friends.

Michael, your earthly work is done. You will be in our hearts forever and the memories you shared with us will always burn brightly. You prepared us well for the journey ahead. Until we meet again, rest in peace.

At Michael’s request there will be a private family gathering at a later date.

Michael’s  family wishes to thank the doctors, nurses, and staff of Cabinet Peaks Medical Center for the excellent care and support they
provided Michael in the past several months.

In lieu of flowers, the family asks that memorials be sent in Michael’s name to Kootenai Pets for Life. 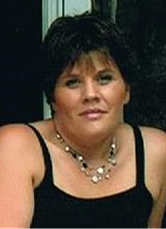 On September 2, 2021, Lerah Charmaine Kelly, 50, suffered a heart attack which made her an angel and took her home to Heaven.

Lerah was born on
January 19, 1971 to Daniel Kelly and Lerah Parker. She was then raised in Libby and the Yaak.

She worked as an insurance agent serving Lincoln County. Lerah moved to North Carolina and worked as a stylist cutting military hair with her sister, Tina.

Prior to her death, she accomplished her goals of buying a home in Texas with her son, Daniel; selling insurance once again; and being
a mom to her two-legged babies, Katie and Daniel (Parker) and her four-legged babies, Rusty and Peaches.

Lerah will always be
remembered as a kind and loving person, willing to
give you anything she had to make your life better, even
if it was the shirt off her
own back.

We will always remember the words our mother told us –  “Be good, be safe,
be you.”

Join us in celebrating Lerah’s life at 4:00 p.m. on Tuesday, September 7 at
the Libby Christian Church. Refreshments to follow.

He was raised in Penn. during his younger years; the family moved to Ohio in 1937 and on to Arizona in 1943.  They remained in Arizona until the end of WWII. They moved to
Spokane in 1946.

Neil then resided in
Spokane for 21 years where he had been a longtime
employee of Boise-Cascade Company. He moved to Libby in 1967 and worked for St. Regis and Champion International until he retired in
October 1989.

Neil was a longtime member of St. Joseph Parish in Libby. He was an active member of Knights of
Columbus and had been 4th degree Knight. He was also
a member of Lumber and Sawmill Workers Local 2581 and Libby Senior Citizens.
He enjoyed bowling, playing pinochle and watching
baseball.

He was preceded in death by his wife Claudina in January 2008 and by twin brother Earl in 1990.

Burial will take place
on Tuesday, September 7
at 11:30 a.m. (MST) at the
Spokane Memorial Gardens in Spokane, Wash..

Memorials may be made to a Shriner’s Hospital.

Condolences and online memories may be shared at: www.schnackenbergfh.com.