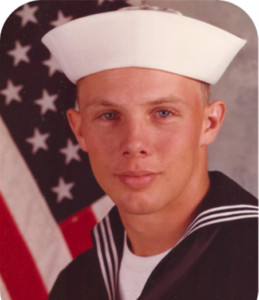 Darrell M Thomson, 59, passed away at home on Oct. 5, 2021 after a long battle of Asbestosis and heart problems. Darrell enjoyed hunting and fishing while growing up and did so into later years until his health made it hard for him to do it.

Darrell graduated from Libby Senior High in 1980, and enlisted in the U.S. Navy in Nov. of 1981. He was stationed in Port Hueneme, Calif. in the “SeaBees” construction battalion as a builder. Darrell served tours in Sicily and Guam on several construction projects before being honorably discharged in Nov. of 1986 and was in the Navy Reserve until 1987. He later went to North Idaho College in Coeur d’Alene, Idaho training in the Automotive Mechanics Program and after completion worked for several different dealerships over a span of several years. He married Lauri Bradshaw and adopted two children, Ronnie and Scott. He later divorced and continued to live in Kalispell where he became a CNA and worked in a couple nursing homes caring for the elderly.  Darrell moved back to Libby when his health prohibited him from continuing that line of work.

Memorials can be sent to Kootenai Pets for Life, 125 County Shop Road, Libby, MT 59923. Online memories and condolences may be shared by visiting www.schnackenbergfh.com.

Gerald A. “Jerry” Neve, of Libby 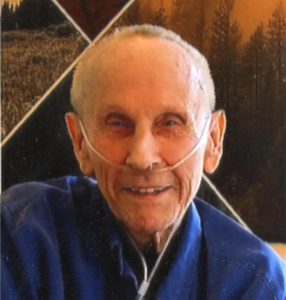 Jerry Neve passed away early Nov. 1, 2021 at home surrounded by his wife and daughter. He was born Dec. 7, 1937 in Omaha, Neb. to August Nicolaus Neve and Mary Elizabeth Nilius Neve. At his fourth birthday party his birthdate would become instrumental in shaping him into the proud Marine, country loving, flag-waving patriot that he was.

In 1954 he joined the United States Marine Corps, during which time he met his wife Beverly Jean Brandt. Jerry and Beverly were married July 6, 1957 in Palos Verdes, Calif. They have two daughters.

Jerry worked his entire career for the United States government, retiring as a welder/pipe fitter at the Puget Sound Naval Shipyard, Bremerton, Wash. After retiring there he worked a few years as the resident plumber for the National Park Service in Crater Lake, Ore.

In his early years Jerry taught many classes at Olympic Community College, Bremerton, Wash. in mountaineering. He was an avid mountain climber, ice climber and rock climber and was involved for many years as a volunteer for Olympic Mountain Search and Rescue. He climbed and summited almost all mountains in Washington and Oregon. He volunteered for Northwest Outfitters guiding river raft and kayak trips for Navy personnel.

In his later years he would join the American Legion Oregon Trail Post #150 in Portland Oregon where he served for several years as Chaplin.

He was an avid reader of war and military history building an impressive library.

In 2015 he and Beverly moved to Libby, Mont. to be near daughter Cheryl and her husband Mike.

He is preceded in death by his parents, August and Mary, sister Leanenne, nephew David Hager and his four-legged furry friends Big Max and Willie.

In lieu of flowers the family prefers donations in Jerry’s name to a Veterans Organization of choice.  Schnackenberg Funeral Home, Libby, MT is caring for the family.  A gathering will take place soon and will be announced on Cheryl Roediger’s Facebook page.  Online condolences and memories may be shared at www.schnackenbergfh.com.

Dixie Lee Sichting, 81, passed on Nov. 3, 2021 at home with her family and friends by her side. She died of complications from Renal Cell Carcinoma. She passed on her terms and her way. She knew exactly what she wanted, she stayed true to that and we were blessed to honor her wishes. She was strong, positive, humorous, and loving all the while maintaining her dignity to the end.

Dixie was born Feb. 4, 1940 to William and Ruth Smith and raised in Libby along with one sister and five brothers. She met the love of her life, Fred Sichting Sr. and they married in 1957. They had 50 wonderful years together. Throughout their marriage they hiked, camped, rode snowmobiles, danced, and enjoyed life. Together they ventured into owning and operating a meat shop that grew into BBQing and catering. She volunteered many hours helping with elections, in the hospital gift shop, with her class reunions, and making sure her friends were happy. Her hobbies included bowling, puzzles, knitting, crocheting and traveling. She loved the color red, hummingbirds, turtles, and frogs.

She was preceded in death by her husband Fred Sichting Sr, a daughter Merinda Sichting, her parents William and Ruth Smith, a brother Bill Smith, and stepfather Mel Hemesoette.

A small graveside service will be held with family and friends at 1 p.m., Thursday, Nov. 11, 2021 at the City of Libby Cemetery. Arrangements are by Schnackenberg Funeral Home in Libby.  Online condolences and memories may be shared at www.schnackenberg fh.com.