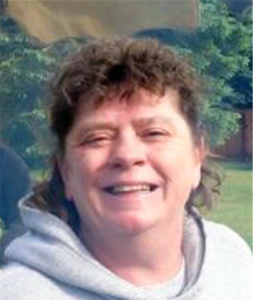 Raenell Ann Wiherski passed away at home December 14, 2021 in Libby at the age of 65. She was born on May 8, 1956 to Raymond & Genevieve Goulet in Scobey, Montana. Raenell was a loving, stubborn, down to earth Montana girl! She was fond of animals, nature, and long drives in the woods. She absolutely loved her cats and took in several strays.

Raenell worked as a baker for well over 30 years. She always talked about the goodies she made at Christmas time. She had a great love for Christmas with the lights and movies and would always decorate early. She believed in angels and felt that they were always looking out for her and her family.

A celebration of Raenell’s life will be announced at a later date and will take place this summer. 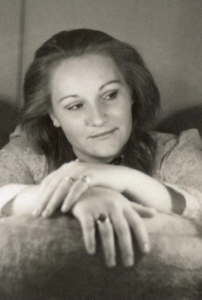 Faith Marie Paxton, 63, passed away peacefully on January 5, at Libby Care Center surrounded by family. She was born in Santa Maria, California to John and Carolyn Arvoux.

Faith married her first husband William Benson and they had three daughters together Crystal, Nova, Violet, before he passed. In 1981 she married her late husband Wayne Paxton and had two daughters Shavon and Amber. Later her only son Joshua James was born and her daughter Rhiannon shortly after. She and Wayne raised all of them until he passed in 2005. So many more than just her seven kids called her mom. Faith loved to cook; no one ever went hungry when visiting her home.  She had a green thumb and her home was filled with plants. Violet hopes to be half of the women her mom was. She loved unicorns and had quite the collection. Her daughter Rhiannon says, “Now you get to fly high with them.”

Faith is survived by 6 of her children, 16 grandchildren, five great-grandchildren, and her husband John Whiteside who held her hand until the very end. She is preceded in death by her daughter Nova Mayy and granddaughter Kiera Elizabeth.

In the end she wanted Amber to know “There’s no crying in baseball.” Life simply won’t be the same without her, but in her final moments she told Shavon “Everything’s gonna be okay.”

There will be a celebration of life held January 29,  at 3 pm located at 505 E 10th St in Libby. Arrangements are by Schnackenberg Funeral Home in Libby.  Online condolences and memories may be shared at www.schnackenbergfh.com.

He was an excellent high school athlete, lettering in football, track and basketball.  Walt loved to hunt, fish, and soak up the beauty of Montana.  His faith in Jesus and deep love for his family and friends was undeniable.

Walt attended Carroll College, and then returned to Libby.  He worked at the mill and in construction until beginning ‘Macs Logging’ with his brother Duane.  After injuring his back, he attended Northern Montana College where he received his degree in Water Quality.  He worked in Lakeside and then returned to Libby as Supervisor of the Water Treatment Plant. He also served on the City Council.

Walt is preceded in death by his father Roy, brother Kenneth, brother Duane, and grandson Dawsyn.

Survivors include his mother Ruby; brothers Ed and Rich; children Rhiannon, Stefanie and Christopher; sons-in-law Gabriel Horn and Aaron Schelling; grandchildren Berlyn, Jayden, Masyn, Brielle, Carter, and Tatum; and many other loved ones.

Celebration of life for Walt will be at 1 p.m. on Sat, Jan. 22, at Libby Christian Church.

Walt loved his Green Bay Packers. If you have Packer attire, feel free to wear it to his celebration. 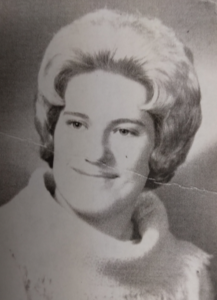 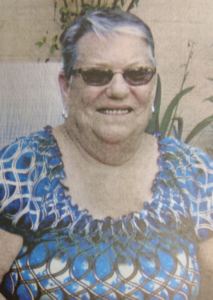 Sara Ann Whitehouse, 74, slipped away peacefully at Libby Care Center on January 9, after a long battle with COPD.

She was born July 27, 1947 in Libby to Mildred and Duane Whitehouse. She grew up and attended Libby schools until graduation. After high school she enrolled in beauty school in Spokane, Washington.

Sara married Jim Auer in the early 70’s and welcomed son Erik in April of 1981. He was the joy of her life and is now a professor of Astro Physics at Gonzaga University in Spokane, Washington.

Sara’s favorite pastime was spending time at the family cabin on Bitterroot Lake. Since 1955 she spent many holidays and special occasions year-round at the lake. She also enjoyed playing cards, especially cribbage.

There were also many family get togethers at the Whitehouse home in Libby playing tripoley, pinnacle, and cribbage until Sara moved to the Libby Care Center.

Sara was preceded in death by her parents Duane and Mildred Whitehouse, and brothers Kent and Roy. She is survived by her son Erik, nieces Jackie and Heidi, aunt and uncle Brad and Shirley Baeth, several cousins, and her childhood friend Carol McAllister.

Service will be held at a later date.