David A. Strand, 81, died on Saturday, February 5,  at this home in Libby of natural causes.

“Big Dave” was born March 2nd, 1940 in Bemidji, MN to Emil and Catherine Strand. He grew up catching frogs, shooting squirrels and riding freight trains.  At the age of 7 years old he missed a train but it didn’t miss him. He lost his leg, but it gave him the “hitch in his git up” that we all knew so well.  This never slowed him down!  He was the hardest working man we’ve ever known. He was also the orneriest.

In 1955 they moved to Columbia Falls where his Dad worked at Weyerhaeuser Mill.

This is where, at the age of 15, Big Dave met one of his best friends for life, Mike Herzog. Big Dave went on to be a logger for several years.

He loved a wild life as a confirmed bachelor until he met Peggy Sue; where he would go in to see her at the local meat market every day for two pieces of lunchmeat. They were married in 1971 and this last November they celebrated their 50th wedding anniversary.

In 1987 Big Dave and Peggy opened the pawn and second hand store called “New To You”. Big Dave was meant to be an entrepreneur.  He was so proud to know the business is still going strong and still in the family for over 30 years now!  What a legacy!

One thing Big Dave never missed was hunting camp.  Every year, Big Dave, his family, his best friend Dan Ersland and his family would head to Dillon, MT for hunting and camaraderie. Memories were made that will never be forgotten.

He liked his whiskey and even up until the last night of his life he shared it with his family, telling us all how much he loved us.  Husband, Father, Brother, Uncle and Dog Dad. Our world will never be the same.

In addition to his parents, he is preceded in death by his sisters Merle Ann, Cathy and his brother Larry.

He is survived by his loving wife Peggy Sue, his five children; Bonnie and Randy Lane; Brenda and Salvador Marez; Tara and Sean Miehe; David and Shannon Strand; and Sam and Nicole Strand; his sister Karen and Doug McLean; 11 grandchildren and 11 great grandchildren and several nieces and nephews. 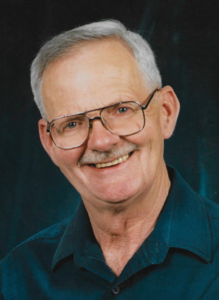 Born on January 30, 1941, to Edward and Lucille Dutton of Libby, MT, Ed went on to graduate from Libby High School in 1959. He then joined the United States Air Force and was stationed in Columbus, OH.

Upon returning to Libby, he worked at St. Regis Paper Company (later Champion International), both in the retail yard and as an over the road truck driver where he delivered many loads across the Western states and logged many miles.

In his free time Ed enjoyed dancing at the local halls, hunting, fishing, camping, hiking, biking, and running. He became an avid runner and enjoyed a good race, entering the Bloomsday event on multiple occasions.

When the lumber mill shut down, Ed was offered training for a new profession and decided to attend Barber School in Missoula. He then opened a shop in Plains for a short time, returned to Libby where he started the Clear Cut Barber Shop, then went on to buy his final place of business in Kalispell where he worked until his retirement.

He loved holding conversations with different people as a barber and wished he had taken it up much earlier in life.

Ed was also extremely proud of his instrumental role in reversing a ruling on allowing dogs into barber shops. Those efforts led to an invitation to join the State Board of Barbers.

Upon retirement, Ed moved back to Libby where he enjoyed doing the things he loved most – spending time with his dogs, hiking, and hunting. Being outdoors was his passion. He loved to hike the Cabinet Mountains and was fairly certain he had seen all of the lakes and hiked all of the trails within them. Many were impressed by and learned from his knowledge of the mountains. He also spent many seasons hunting pheasants at his cabin in Saco, MT.

Ed loved his springer spaniels Fritz, Teek, Cocoa, Saco, and Birdie. They were always at his side whether hunting pheasants, hiking the cabinets, walking around Libby, or curled up at his feet and recovering at home.

Ed loved to read, Montana history would keep him devoured in a book after a long walk or hike in the mountains. He really liked people and enjoyed conversation with friends, family, or a passerby.

When it came to sports, Ed held a deep passion for Gonzaga basketball. He would never miss a game on TV and knew all the players. He was often caught cheering or yelling at the TV and forever wished they could win a championship while he was around. Maybe this will be the year? Go Zags!

A Memorial service will be held at 1p.m. at Christ Lutheran Church on Friday, February 18, to be followed by a graveside military salute at the Libby Cemetery. Reception will be held at Libby VFW Post #1548 beginning at 3:30 p.m.

In lieu of flowers, memorial gifts can be made in Ed’s name to the following: Christ Lutheran Church of Libby (libbylutherans.org), Kootenai Pets for Life (kootenaipetsforlife.com), or The Lewy Body Dementia Association (lbda.org). Arrangements are by Schnackenberg Funeral Home in Libby.  Online condolences and memories may be shared at www.schnackenbergfh.com.

Lucy worked in the home healthcare field for many years where she touched the lives of several locals in Libby.

She often stayed in contact with families long after her work was done, writing letters or stopping for short conversations whenever she recognized a friendly face.

Lucy had a passion for keeping busy; she volunteered for Meals on Wheels, played Bingo at the Senior Center, joined a Scrabble club and continuously studied her faith in God.

She was survived by her four sons Carlton, Eric, Curtis and Paul Cureau and their families including eight grandchildren and three great grandchildren.

Lucy was preceded in death by her husband Marvin Haugen and daughter Shelley Cole. She was the last surviving member in her immediate family of nine siblings.

A memorial service will be held at 1 p.m. at Schnackenberg & Nelson Funeral Home in Libby on Saturday, February 19.

Condolences and memories may be shared at www.schnackenbergfh.com. 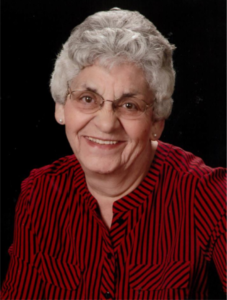 She was born April 10, 1935 in Wolf Point, Montana to Milo “Emery” and Virginia Ren. Roberta was a twin to Robert “Bob” Ren and they were number 4 and 5 of 7 children.

Roberta was married to Delphin “Del” Gunderson in Columbia Falls on April 29, 1955, and they had 2 sons, Steve and Scott Gunderson. Del preceded Berta in death on December 31, 1982. Roberta and Jim Taylor were later married on May 5, 1984. Roberta and Jim enjoyed life together until Jim passed on June 27, 2011.

Roberta reconnected with a longtime friend Howard Paullin and the two were inseparable. They danced, golfed, power walked, did road trips and greatly enjoyed life together. Sadly Howard passed away on Oct 4, 2019.

Roberta continued to live life and devote herself to her Lord and Savior and was truly a cherished member of the Church of God and regularly gave of herself so that others not so fortunate could be helped through the church.

Roberta was a very active member of the Lincoln County Republican Club and active with local politics. Berta was a wonderfully dedicated volunteer at the Libby Community Thrift Store for many years. She served as President and was instrumental in the yearly scholarship donation to Libby High School.

The isolation created by the last 2 years took its toll on her as she was not able to stay as active as she had. She passed peacefully surrounded by family and friends. Berta went to her Lord with a clear mind, knowing she will meet with family and friends.

Roberta is preceded in death by her parents and siblings Doug, John, Will, Bob, Mike and Terry.

In Lieu of flowers, donations can be made to the Church of God or the Libby Community Thrift Store so they may continue doing God’s work in Robert’s name.