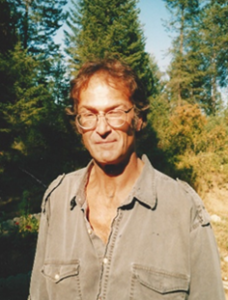 Glenn passed away February 11, at Harbor View Medical Center in Seattle of a brain aneurysm, with loving family members at his bedside.

The Williams family moved to Libby when Glenn was 1 where he attended Libby schools. Glenn married Connie Ryan in September 1972 and a baby girl, Destiny Lee, was born, who Glenn loved dearly and was the light of his life. Glenn and Connie later divorced and Glenn became a life-long bachelor and lived the life of a bachelor.

Glenn had several occupations during his life. He was a logger, helped his dad build logging roads, worked in the oil fields around Sidney, Montana, worked for Grayback doing controlled burns, and for several years worked for the City of Troy.

Glenn loved anything outdoors. You could find him exploring the Cabinet Mountains high lakes, old mining sites, where he was often seen panning for gold, hoping to hit the mother lode. He enjoyed hunting and has harvested several huge deer over the years. Glenn loved to go out into the woods and just “plink” with his .22 or shoot gophers.

He was often seen fishing some of the area lakes hoping to hook onto the monster fish. Glenn went on adventures to Alaska fishing and hunting as well. Glenn was also a talented wood carver. His carvings have been spread all over Montana and elsewhere. He loved carving old miners and Mountain Men. His family members were recipients of these carvings along with the many schools of fish made of soap stone or antler he would carve and give away.

Some very special friends include Steph and Valerie Fracul, Jeff and Amanda Williams, Bob and Sherry Croucher, and Jack Williams, and his church family.

A Memorial Service for Glenn will be held at the Nazarene Church located at 186 E. Horseshoe Drive at 11am on May 14, 2022 with a reception to follow with light food provided and sharing of Glenn stories and adventures. Those who would to share a dish or dessert, that would be welcome.

A Memorial Service for Sharon R. Michels will be held at 11 a.m. Thursday, May 12, at Libby Christian Church, located at 100 Kootenai River Rd.

Arrangements are under the care of Schnackenberg Funeral Home of Libby.

A Memorial Service for Carol M. Burriss will be 10 a.m. Friday, May 13, at the City of Libby Cemetery.

Arrangements are under the care of Schnackenberg Funeral Home of Libby.

Sherrill Leigh White, of Libby passed away January 24, at age 79.

Welcome To The World 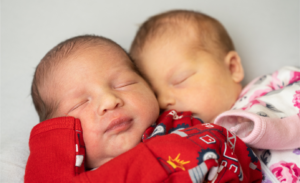