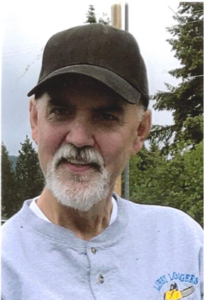 Joseph G. “Joey” Camp, 57, passed away on Monday, April 11,  at home with his family at his side.  He was born on March 3, 1965 at Libby to Francis and Carolyn Camp.  He was raised in Libby attended Libby Public Schools.

Joey was preceded in death by his father Frank Camp, a sister Denise Camp Guinard, an uncle Leonard Rice and stepfather Ollie Hamann.

There will be no services at Joey’s request.  He will be missed by all of his family and many friends.  Arrangements are by Schnackenberg Funeral Home in Libby.  Online condolences and memories may be shared at www.schnackenbergfh.com.

Phylis Joy Fugate passed away peacefully on May 7, in Libby Mont. at the age of 89, surrounded by her daughters and other family members. She was born in Clinton Iowa in 1933. During her final days, Phylis drew comfort from the resurrection promised by Jesus Christ. In the coming paradise promised by Jehovah God, she will be resurrected to life in the restored paradise earth, once again in good health and free of the ailments of old age. Phylis was baptized as one of Jehovah’s Witnesses in 1964.

A Memorial Service will be held via Zoom. 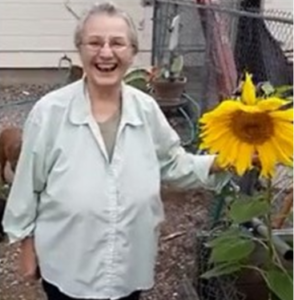 Our loving mother, wife, grandmother, sister and dear friend, Connie R. Holthaus, 68, Passed away  Sep. 14, 2021. Connie was born March 22 1953, in Kellogg Idaho. Connie married Terry Holthaus in 1974 after meeting at North Idaho College. They moved to Libby shortly thereafter and Connie started working for the Kootenai Pets for life for nearly 20 years. She fostered and adopted many furry friends during her time at KPFL. Her son-in-law, Gus, noted how she always spoke about the Bow Wow Bashes , rummage sales and fundraisers she loved volunteering for and attend.

A Celebration of life will be held  for Connie R. Holthaus May 22, at Fireman’s Park from 2 p.m. to 4 p.m.  Sandwiches , salads, desserts, coffee, ice tea, and lemonade will be provided by Gracious Table. We will have “Share a Memory” cards available for anyone who would like to share a memory, story or a little tidbit about Connie.

Welcome To The World 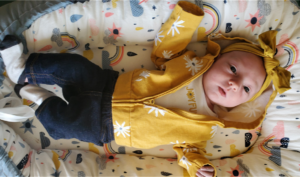 Shawn and Aleta Davis welcomed baby girl Agatha Wren Davis on April 11, at their home . She weighed 7 Pounds at time of birth, just like her older two brothers Galton and Arden. Grandparents are Paul and Victoria Johnson, Susan and Wade Vickers, John and Kayla Davis,  Gerald Fluhrer, and the late Mary Baenen.  Agatha was delivered by Joyce Vogel, Licensed