Celebration of life for David Anthony Smerker will be held on June 10, at 1 p.m. service will be held at Christian Life Center located at 115 Mahoney Rd, Libby Mont.

Paster John A. Theonnes, fallowed with burial of ashes at Libby Cemetery where they will be laid to rest with his grandmother, Mary 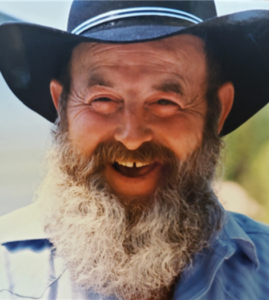 David (Pops) Paul Hesselgesser 79 of Sheridan, Wyoming passed away peacefully in his home after a long illness surrounded by family and friends on Sunday May 29, 2022

David was born in Spokane, Washington on February 17, 1943 to Paul Dee and Clarise Charlotte (Bacher) Hesselgesser. During his childhood he resided in Sandpoint, Idaho and Libby, Montana. He enlisted in the U.S Navy in 1960 and served 6 months before transferring to the U.S. Army and serving until 1965. After his service time he worked at J. Niels Lumber in Libby, Montana, Ross Island Sand and Gravel of Portland, Oregon, and the Oregon Department of Transportation from which he retired in 1996  After retirement he worked part-time for Fremont Ford in Sheridan, Wyoming.

He met his wife Sharon (Sammy) Ross and they married on June 21, 1997 in Libby, Montana.  He is a member of the Sheridan American Legion post 75.  He loved the outdoors and enjoyed hunting, fishing and gardening.  He especially enjoyed spending time and story telling with family and friends.  He loved being a father and grandfather, and kids loved him and his stories.  He spent his is last years in Wyoming where he spent much cherished time with his family hunting and side by side riding in the mountains and foothills.

Art was well known for his art work-wood carvings, paintings in oil and water colors, drawings in multiple Medias, metal works and stonework. He was preceded in death by his parents and several brothers and sisters. 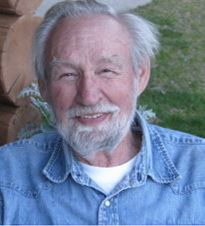 Dick Barnes went home to be with Jesus Christ his Lord and Savior on Dec. 23, 2021 in Whitefish Montana at the age of 88.

He was born to E. Richard Barnes, Sr. and Marvel Barnes on June 12, 1933 in Syracuse, New York. He attended Asbury College in Lexington, Kentucky. It was there that he was called into the ministry.

His senior year he transferred to Grand Canyon University in Phoenix, Arizona where he met his wife, Ruth Berg-Barnes.

After his graduation, they moved to Oakland, California where Dick attended Golden Gate Baptist Theological Seminary to receive his masters of divinity degree.

Dick and Ruth pastored the 1st Baptist Church in Mesa, Arizona for 11 years. In 1968 they moved to San Diego, California.

Dick participated in various ministry roles at Calavo Garden’s Baptist Church, Borrego Springs Baptist Church, and Skyline Wesleyan, he and Ruth were the young married pastors, premarital counselors and members of the choir. During this time Dick and Ruth both pursued their master’s degrees in Education which included an evaluation in Israel of the school systems in Kibitzes. He then taught middle school intil he retired from the San Diego School District in 1993.

In 1993, they moved to Troy, Montana to enjoy retirement. It wasn’t long until they began pastoring and shepaerding at Troy Christian Fellowship Church for the next 8 years.

In 2019, due to health concerns, Dick and Ruth moved to Whitefish, Montana,

Dick was a loving husband, father and grandfather. He dedicated his life to serving the Lord and shepherding people in their walk with the Lord.

His celebration of life memorial service will be at 11 a.m. on Saturday, June 11 2022 at the Libby Christian Church in Libby, Montana.