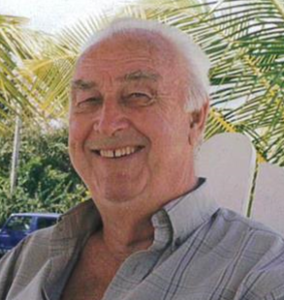 Robert (Bob) W. Beasley, 91, died on Friday, July 8, at his home in Troy. He was born May 5, 1931 in Libby, Mont. He was the youngest son of eight children born to Neal and Estella Beasley. Bob lived the majority of his life in Libby, except his high school years, where he lived in Spokane, graduating from Lewis and Clark high school in 1949. He had to work through his school years to help support his Mom. He had 2 paper routes and his brother Ron got him involved in repairing pin ball machines, and Juke boxes. So starting Bob in a lifetime career.

Bob remained in Spokane, working and attending Gonzaga University when he met and married his first wife, Patricia (Pat) Bayne. Together they moved back to Libby, where Bob went to work at the mill. They had two children, James and Jeanette. Later divorcing in 1972

Bob didn’t like working at the mill, so he saved money and slowly built up his own business, Beasley Amusement. This was a coin machine business, providing gaming machines, juke boxes and pool tables in area bars and later casinos. He loved to tell people he put his first juke box out in the whore house in Troy. When he had his business built up enough, he was able to quit his job at the mill. He did so, despite the advice of his older brothers who also worked at the mill. His brothers told him that he was crazy and that he would never amount to anything pursuing that course. He proved them wrong.

With the proceeds from that business, Bob was able to save up enough money to buy his first homestead in the Yaak. It was beautiful land that had over a mile of river frontage. Everyone at the time said he was crazy to buy valueless land in the Yaak, but Bob was blessed with foresight and he believed in the value of land. He later began developing and sub-dividing much of Lincoln county with various different business partners.

In addition to his land endeavors, Bob started Blue Mountain Radio Co., making it possible for people to reach him while he did his coin machine route. The radio business answered a big need at the time because loggers were able to keep radios in their trucks, making it possible to stay in contact with others while they were in the woods, far from town.

Bob loved Bull Lake and moved there permanently in the 70’s after selling Beasley Amusement. Together with his brother George, they built cabins at Bull Lake where they had bought lots back in the 50’s, later becoming known as “The mayor of Bull Lake”.

In 1980, Bob met Gloria. They went on a first date and it was an instant love that has lasted some 42 years. After 17 years of living together, they finally got around to marrying and they continued that remarkable marriage until his passing.

In 1985, after gambling was legalized, Bob resumed his Amusement business. He loved doing his route, where he could keep track of all of the goings on in Libby, and he loved seeing and meeting new people. Bob never knew a stranger. He finally retired for the second time at the age of 75, when he turned Beasley Amusement over to his son “Jim”.

After retiring, Bob and Gloria did a lot of traveling, first in their motorhome to Arizona and then many trips to places including Mexico, Alaska, Canada and New York City. They cruised around South America, all the way to Australia and made several trips to Europe but Bob always loved Bull Lake the best.

Bob lived an amazing life, touching many people. He was a brilliant man, a man of honesty and integrity, treating others with kindness and respect. He had a “wicked wit” and a heart of gold. He was a wonderful husband and father. When he and Gloria got together, Bob accepted her three daughters as his own and he adored them as they adore him.

He is leaving behind his loving wife, Gloria, his children and their spouses, Jim (Kerry) and Jeanette (Andy) and step daughters Lana Richards, Tana Roy and Diana Clemons. Grandchildren Brandon, Tricia, Michelle, Melanie, Ryan, Chris, Andrew, Jeremy and his special baby Taylor, along with 17 great grandchildren and his best friend (and adopted son) Mike McNew.

Bob will be dearly missed forever by all his family and friends that he was so good to during his life.

Services where at 1 p.m., Saturday, July 16, at Milnor Lake Cemetery in Troy.  Arrangements are by Schnackenberg Funeral Home in Libby.  Online condolences and memories may be shared at www.schnackenbergfh.com.  A celebration of life followed at 2 p.m. at the Spur in Troy. 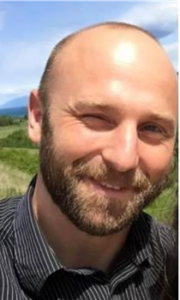 Christopher enjoyed outdoor activities, an incredible passion for Christ, and his unremarkable love for his only daughter Alexis Marie Benefield. Chris never met a stranger and loved a good conversation. His smile would draw long conversations and laughter that could be heard through the Lincoln County Valley. Chris was always willing to give a helping hand anywhere he could if he knew that it would make someone’s day.

From an early age, Chris was a worker. He would buck bales until dark to make money to buy a pickup when he was fifteen. Throughout his adult life he worked many jobs. He had a stint in the lumber mill and when that shut down, he went to school to learn auto body repair. One of his highlights in his working career was in Ronan as a special education teacher. He enjoyed working with challenged children and coaching basketball and football. His true love and skill was working with wood. He was a talented carpenter and could make anything with a saw in his hand.

He loved his daughter very much and will be greatly missed by his family and friends.

Funeral services were held at 11 a.m., Friday July 15,  at Schnackenberg Funeral Home in Libby.  Online condolences and memories may be shared at www.schnackenbergfh.com. 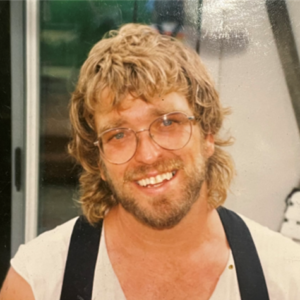 Marshall Marion Morse, age 64, of Troy, Montana, passed away surrounded by family on Sunday, July 3, 2022, at his daughter’s home in Centuria, Wisconsin.

A celebration of life will be held at a later date. Arrangements are with the Grandstrand Funeral Home, Osceola, Wisconsin.