Jacob Theodore Mertes passed away on August 7, 2021, at the age of 42. Jake, as he was known to family and friends, was born on November 2, 1978, at Grand Forks Air Force Base where his father was an Air Force pilot and his mother a nurse at the base hospital. He spent the majority of his life in the Midwest, living in Nebraska, North Dakota and
Minnesota.

During his youth it was clearly evident that Jake was too smart
for his own good and frequently outwitted both parents and his teachers. As a child he could often be found outside catching frogs, toads, snakes and turtles. He developed an early passion for herpetology, folk music, literature and poetry. By the age of 13 he could recite Shakespeare and Poe by heart.

Jake attended Creighton
Preparatory School in Omaha, Neb. After leaving Prep, Jake set out on his own to explore the United States, having been inspired by writers such as John Steinbeck and Jack Kerouac. Upon returning to Omaha, Jake served two years in the U.S. Navy.

In 2008, he began studying
biology at Valley City State University in North Dakota. He was a leader inside the classroom and out. He was respected by his professors and was considered a mentor by many classmates. He graduated in 2010 with a Bachelor of Science degree in Biology and a minor in Earth and Environmental Sciences.

Following his father’s death
in 2013 Jake decided to move, but
the question was where. He threw a dart at a map. It landed on
Montana, so he loaded his dog
Major into the car and began to drive west. One evening he stopped to camp in the Cabinet Mountains just outside Libby, Mont. The
following morning he was so
enamored with the beauty of the area that he made the decision to begin a new life there.

While in Libby, Jake worked
as an Emergency Medical Technician for the local volunteer ambulance service, he was a much-loved substitute school teacher, and ultimately began working for the |Lincoln County Government as an Environmental Health and Planning specialist, a job he held until his death. The community benefited from his commitment to service and professionalism.

Jake met Sara Huddleston, a
family medicine practitioner and Medical Director at Cabinet Peaks Medical Center in 2016/17. They
fell in love and were married in in Ireland in 2018 with a small group of friends and family in attendance. While visiting, they experienced the country to its fullest: rock climbing, getting stuck in peat bogs and stopping in pubs. They ultimately summited the highest mountain in Donegal, Mt. Errigal.

Jake loved the outdoors and traveling. Almost every weekend he and Sara backpacked, swam, hiked,
biked, climbed, snowshoed or skied and generally explored the world together. They went on more adventures in their short time together than most people do in a lifetime. He was a connoisseur of laughter, fine cigars and whisky. Many would describe Jake as a grown-up child. He adored kids and taught many
children to appreciate the outdoors.

He also loved sharing his
passion and knowledge for herpetology with those around him, but with no one more than his niece, Lucy, a nine-year-old herpetologist prodigy. Like many in his family he had a desire to fly. He recently completed two cross-country solos, among the final steps needed to obtain his pilot’s license.

He was preceded in death by his father Roger Joseph Mertes, grandfather Theodore Mertes and uncle John Mertes.

A Celebration of Life is planned in Libby on October 1 at 4:00 p.m. at the Riverbend Restaurant.

In lieu of flowers, friends and family ask that donations be made via GoFundMe to support Jake and his wife’s passion for the outdoors and health care.

To donate in their honor please visit gofund.me/2445dadF. We will notify donors how these funds are utilized. 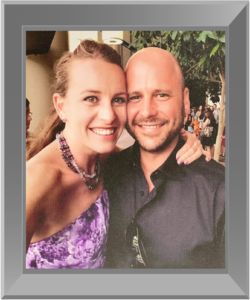 Sara Helene Mertes was born October 1, 1983, to John and Christa (Ijames) Huddleston. She left us
August 7, 2021, along with her
beloved husband, Jacob Mertes.

Sara’s love for the outdoors
and hiking started at a very young age as did her strong Christian faith. She grew up in the country outside of Rainier, Wash. She loved being outside with the chickens and her dog, Calah. She started “hiking” in her mom’s front pack when she was just a baby. Rain or shine the family could be found hiking, camping,
and fishing. Sara loved it all.

Sara went to Yelm Schools with her brother Luke and spent two years at New Life Christian Center School. She graduated from Olympia High School before getting her undergraduate degree at Western Washington
University.  She attended medical school at Loma
Linda University for four years with her residency being completed at
Tacoma General.

Travel has always been a huge part of Sara’s life; after residency, she worked both in Guam and New Zealand as a Family
Physician and spent time traveling in the South Pacific, Asia and Japan. Ireland was her favorite travel
destination.

Sara settled on a permanent location for her medical practice in the small town of Libby, Montana, where she could have access to the wilderness and all the outdoor activities she loved. She was one of the original providers involved in the opening of Cabinet Peaks
Family Medicine in 2016, staying there until her passing.

It was in Libby where Sara found a home where she could hike, bike, ski and camp to her heart’s content. And it was there she found her soulmate, Jake
Mertes. The two were married
in 2018 near the sea in county
Donegal, Ireland, the home of her great grandparents.

Sara and Jake worked hard
at their jobs during the weekdays
and were found wandering the mountains and lakes on the
weekends. They toured the
world as much as they could,
scuba diving and hiking their way across continents.

Sara was a member of the
Lincoln County Health Board and served as Medical Director for
Cabinet Peaks Family Medicine. She volunteered often during the Covid outbreak in 2020, helping with vaccination clinics.

Sara was always close to her friends and family. She never lost touch with her roots, making many trips back home to Olympia. Family meant the world to Sara, but she managed to make and keep many friends whom she treasured and called her “other family”. She was so giving, thoughtful, loyal and strong. People remember her smile and the light she brought with her.

She could make friends with strangers, she could handle heavy conversations and tough situations with ease, and she could be carefree and fun. She was the ultimate put-together fashionable woman one minute, and the down-and-dirty back country camper the next.

In lieu of flowers, friends and family ask that donations be made via GoFundMe to support Sara
and her husband’s passion for the outdoors and health care.

To donate in their honor please visit gofund.me/2445dadF. We will notify donors how these funds are utilized.

A Celebration of Life is being
held October 1 at 4:00 p.m. at the Riverbend Restaurant.

Sara was a gift from God; she will be missed so much by her family, friends and her community. She was greatly loved. 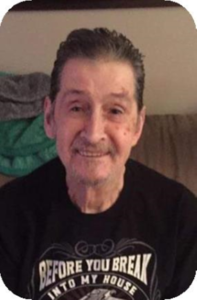 Jerry spent forty years as a boilermaker welder out of Local 500 in Portland, Ore.  Jerry and his wife moved to Libby thirty-five years ago so he could enjoy fishing, hunting and camping.

He also liked his poker machines and beer. He enjoyed being around his friends and family. Jerry will be missed immensely.  Love you Hayes!

Jerry was preceded in death by his
parents, Sterling and Mary; his siblings
Sterling JR Hayes, Pat Hayes and Carolyn Andrews.

He is survived by his wife, Debbie Hayes; brother, Greg Hayes; and his four children, Tracy McGavin, Lori Carey, Mark Hayes and Trisha Ettestad.  Jerry had 12 grandchildren and 11 great-grandchildren.

Services for Jerry were held on Monday, August 23 at Schnackenberg Funeral Home Chapel in Libby, Mont..

Arrangements are under the care of Schnackenberg Funeral Home.